Purpose: Benign prostatic hyperplasia (BPH) causing uncomfortable urinary symptoms is a very common disease over the middle-aged men [1]. It was reported that about three out of four patients over 70 years of age have experienced these symptoms, therefore, treating BPH is very important in terms of quality of life. Oral administrated tamsulosin, the one of the major drug therapies to treat BPH, is a selective antagonist of the alpha 1A adrenergic receptor in the prostate gland and it has less effect on the blood pressure [2]. However, tamsulosin often cause dizziness, and orthostatic hypotension. Especially, sudden fall due to these side effects is fatal in elderly patients [3]. Therefore, it is important to develop sustained release formulation not to burst release at initial phase. Therefore, this study has attempted to fabricate the sustained release orally disintegrating films (SRODF) that has not been tried in the past. There is no study about SRODFs despite their advantages such as compact package size, convenience of administration.


Methods: Sustained release ODFs may appear to be a contradiction, since the ODFs generally dissolve rapidly in mouth. To overcome this challenge, the two-step casting methods, modified conventional solvent casting method by, was devised in which tamsulosin hydrochloride (TAM) pellets were enveloped in two layers of ODF. The TAM pellets were sustained coated and enteric coated by fluid bed granulator. Then, the SRODFs were manufactured two-step casting methods: in the order of polymer solution casting, precisely weighed TAM pellets spreading, second casting for covering, drying and cutting. Dynamic vapor sorption was performed for sodium carboxy methylcellulose (m.w. 90000, 250000), hydroxypropyl methylcellulose (HPMC-2910) and pullulan, and FTIR was also carried out to confirm whether (HPMC-2910) or pullulan were suitable for manufacturing, handling, packaging and storing. Additional mechanical properties such as water content, thickness, weight, tensile strength, Young’s Modulus, percentage elongation and folding endurance of SRODFs were compared with pellet-free ODFs (blank ODFs) . Drug content of TAM pellets and dissolution test of TAM pellets, pellet-loaded ODTs and pellet-loaded SRODFs were performed. Dissolution tests were conducted at two pH conditions (pH 1.2 and 6.8) with 50 rpm of paddle speed, 900 ml of dissolution media.


Results: TAM pellets were spherical shape and size were calculated as 224±28㎛ (maximum width) with narrow size distribution. The content was corrected for weight by 26.62mg of pellets, equivalent to 0.2mg of TAM. The water content of both HPMC -2910 (it will be referred below as HPMC) and pullulan was less than 35% at 95 % relative humidity. For this reason, HPMC and pullulan were chosen for film forming agent because of relatively low hygroscopicity. The SRODFs were made of HPMC and pullulan and fabricated SRODFs are shown in fig. 1. The drug contents of pellet-contained ODTs and pellet-contained SRODFs were confirmed to be 102.63±1.65% and 105.53±1.52% respectively, compared to 26.62 mg of TAM pellets, prior to dissolution test. And their dissolution profiles are as follows (fig. 2). After 120 minutes at pH 1.2, the cumulative release of TAM (CRT) was 0.7% in pellets, 8.1% in ODTs, 3.5% in pullulan ODFs, 7.0% in HPMC ODFs. After 360 minutes at pH 6.8, the CRT was 98.6% in pellets, 92.4% in ODTs, 87.3 % in pullulan ODFs, 91.5% in HPMC ODFs. The sustained release profile of the pellets was evaluated by dissolution test of two different conditions. At pH 1.2, CRT is less than 1 % until l20 minutes. However, as pH increase to 6.8, drug release is also increased. These result shows that enteric coating is well done. Furthermore, since the drugs were not released immediately but released over 360 minutes at pH 6.8, sustained release coating was regarded as well done. Several tests were performed to evaluate how mechanical properties were changed in the pellet loading process. The surface morphology (fig. 2B, C) demonstrates the thickness of the SRODFs increased, and this increase is approximately equivalent to 224㎛ in diameter for the actual pellet particle. And increase in weight is also observed. Tensile strength and percentage elongation were almost the same regardless of the addition of pellets, and the Young’s modulus was slightly decreased. Folding endurance significantly reduced.


Conclusion: These results confirm that fabricated tamsulosin sustained release ODFs could be manufactured, and thus show the potential for the development of new dosage form for patients with BPH, furthermore, present the possibility of promising platform technology to design formulations with other drugs. 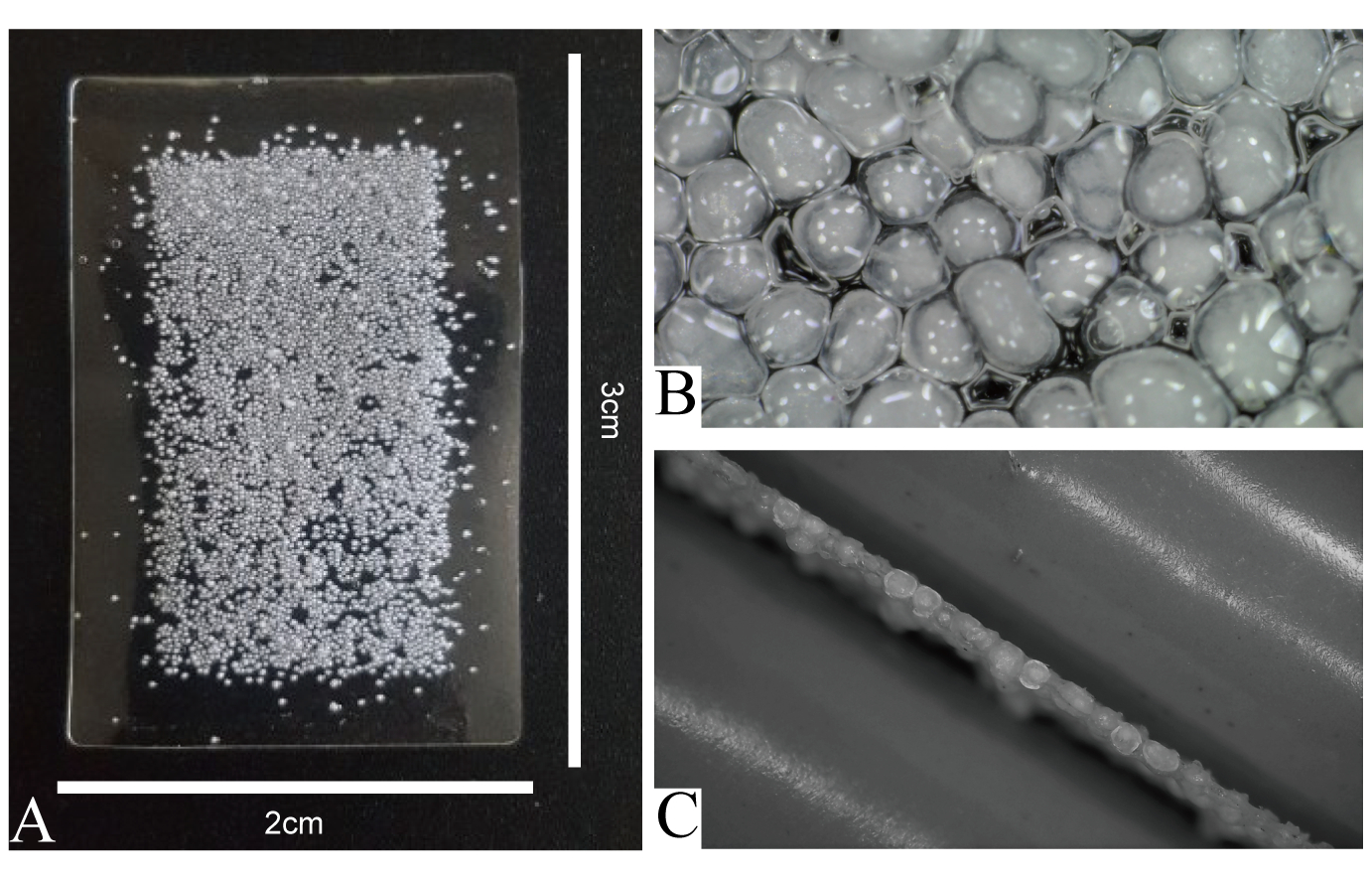