Purpose: Multiparticulates are preferred for sustained release drug delivery as dose dumping, a potentially dangerous outcome from the failure of single unit formulations, can be avoided. Multiparticulates, especially when incorporated into an oral suspension, also offers increased dosing flexibility and ease of administration which is advantageous for the treatment of geriatric and paediatric patient groups.

Fluid bed coating is a common method of producing sustained release multiparticulates. However, achieving sustained drug release, especially without the use of organic solvents, can be challenging due to the relatively large surface area which is exposed during dissolution for small particles. A novel Microcoat technology was developed by adding dry powder processing aids during coating to eliminate particle agglomeration. The aim of this project was to investigate the effect of the MicroCoat technology on drug release from coated microparticles for the development of gliclazide oral sustained release liquid suspensions.


Methods: Gliclazide was layered onto Cellets 100 (D50=144 µm) and Cellets 350 (D50=435 µm) using a Wurster fluid-bed coater (Mini-Glatt, Glatt GmbH) followed by polymer coating using Eudragit NM30D to produce sustained release microparticles. Polymer coating was performed with and without the use of magnesium stearate as a dry powder processing aid, which when used, was periodically added every 15 minutes at 0.1% w/w based on starting batch size, via an external port. Dissolution of gliclazide from coated microparticles was determined using USP II apparatus with paddle speed of 100rpm and 900mL of pH 7.4 phosphate buffer solution at 37±0.5°C. A single dose oral suspension (powder for reconstitution) incorporating the coated microparticles was developed using xanthan gum and carboxymethylcellulose sodium as suspending agents.


Results: The average particle sizes (D50) of coated particles using Cellets 100 and Cellets 350 as cores were 199±3 and 519±5 µm respectively. Applying the MicroCoat technology improved the product yield of coating small particles (Cellets 100) from 72.1 to 99.8% by decreasing particle cohesion and reducing agglomeration. The coated gliclazide microparticles achieved 15 hours of sustained release comparable to marketed sustained release tablets (Diamicron) (Fig 1). The MicroCoat technology reduced the amount of polymer required to achieve the desired drug release from 50 to 30% polymer weight gain (W.G.) and 30 to 20% W.G for small (Cellets 100) and large (Cellets 350) particles (Fig 1). The single dose suspension was reconstituted in 20mL water within 30 seconds with gentle stirring and was able to provide 30 minutes sedimentation stability with minimal residual loss of less than 4% w/w after administration (Fig 2).


Conclusion: The use of MicroCoat™ technology during fluid bed coating can reduce the quantity of polymer required to achieve sustained release for both small and large multiparticulates. This can greatly decrease the time and monetary costs of the coating process for large scale manufacturers. The coated particles are appropriate for incorporation into powder for reconstitution for the preparation of sustained release oral liquid medicines. 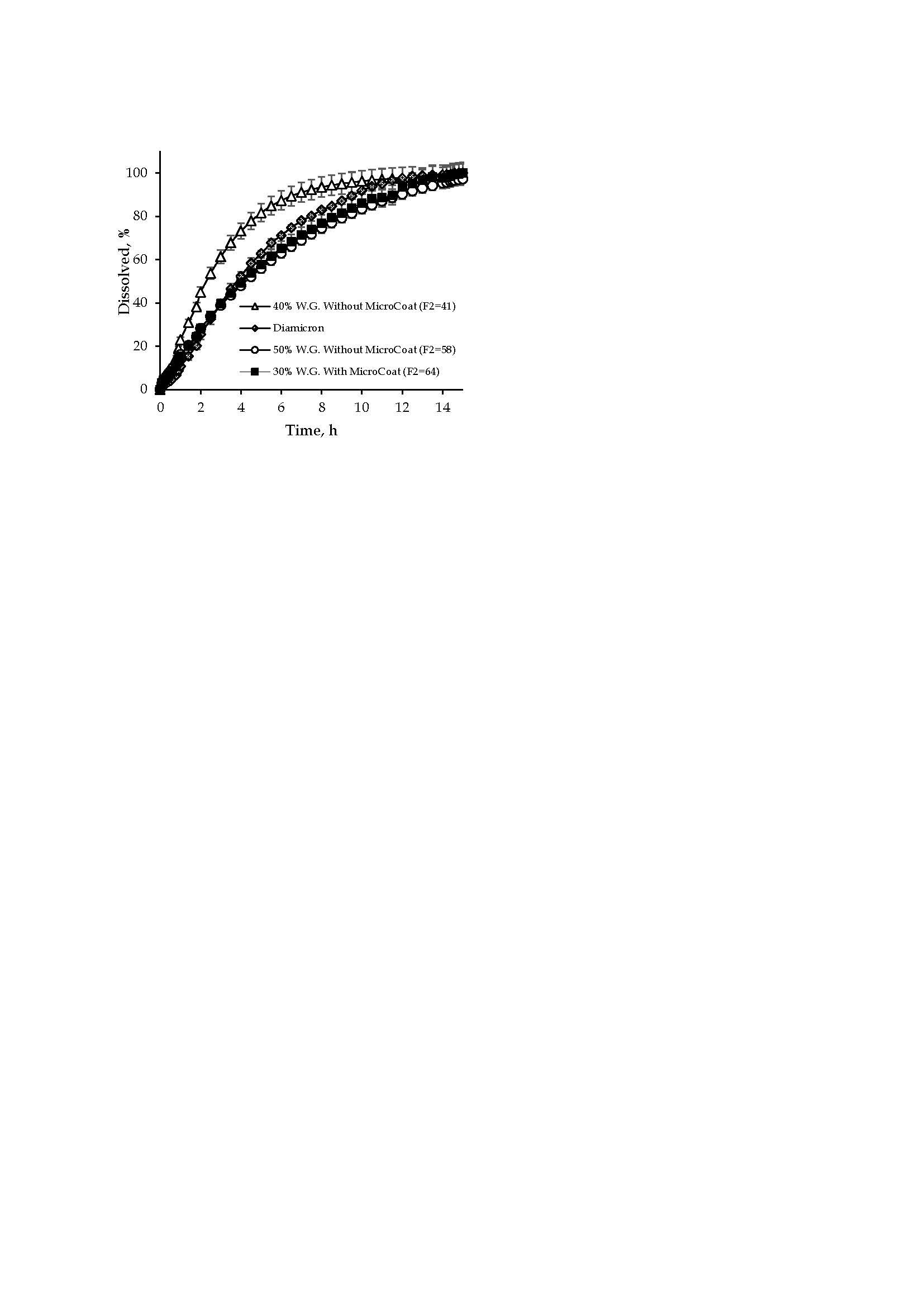 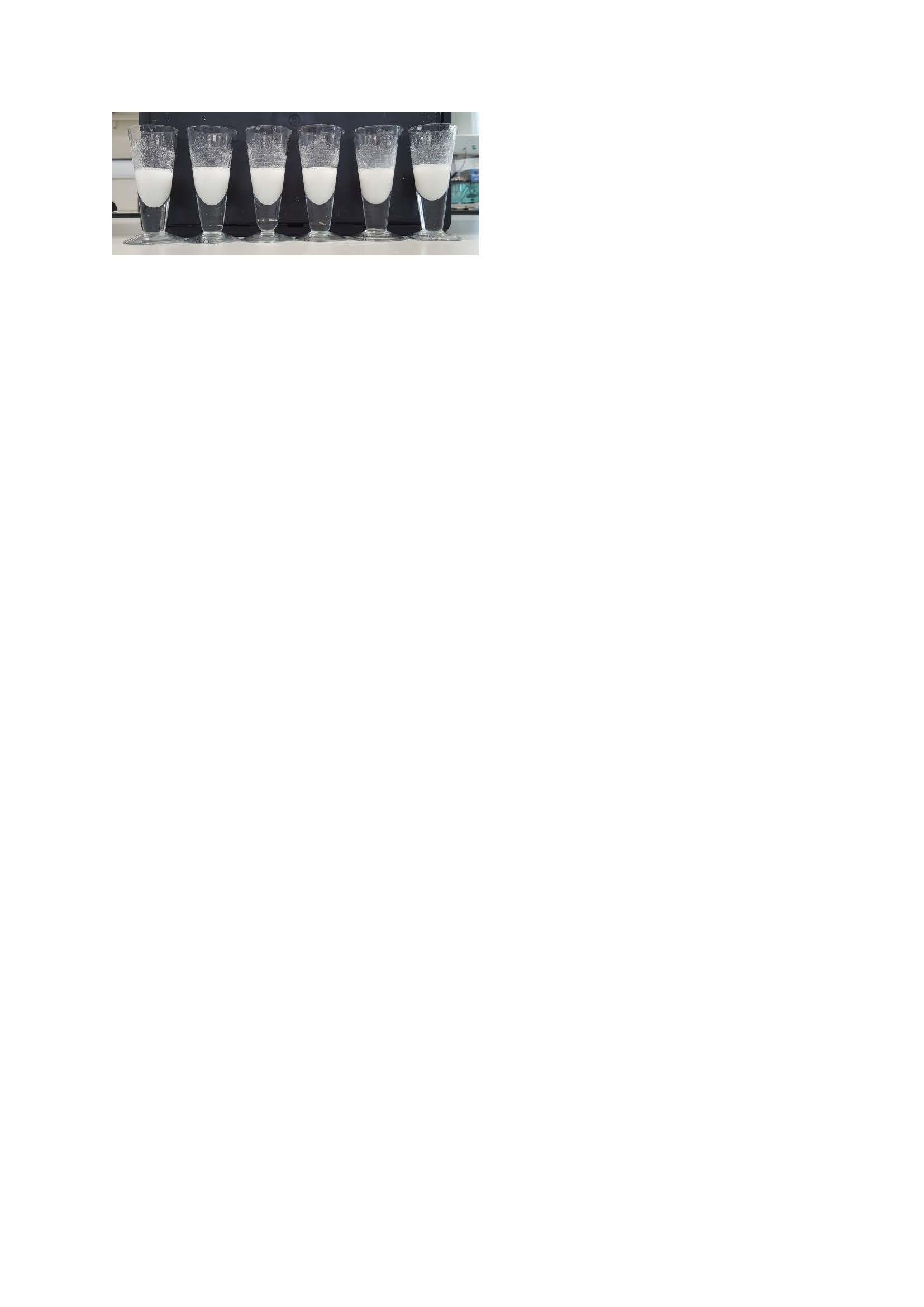