Purpose: The central nervous system (CNS) has a series of barriers to protect itself from exogenous pathogens and neurotoxic molecules. These structures include the blood-cerebrospinal fluid (CSF) barrier, the blood-brain barrier (BBB) and blood-arachnoid barrier. The BBB is the most essential part of the brain barrier and consists of endothelial cells and neurovascular units such as astrocytes, pericytes, basement membrane, microglial cells and neurons. The endothelial cells in particular are able to deliver molecules to and remove them from the brain via several pathways such as receptor-mediated endocytosis, carrier-mediated transport, adsorptive-mediated endocytosis, paracellular and transcellular pathways. The same features which make the BBB important for brain protection, also contribute to it being a major obstacle to drug delivery to the brain. In recent years, researchers have tried using physical methods such as ultrasound, chemical modifications such as prodrugs and nanoparticle (NP) mediated drug delivery to assist drugs crossing into the brain. Some of these modifications might cause disruption to the BBB and allow undesired exogenous compounds to enter and further damage the brain. In contrast, the NPs may be an effective treatment for cerebral diseases due to the fact that they are non-invasive. The objective of this study was to a design drug delivery system using NPs loaded with fluorescence agent(s) capable of crossing the BBB.


Methods: Poly(lactic-co-glycolic acid)-polyethylene glycol copolymer, PLGA-PEG-COOH, was successfully synthesized. Fluorescent agent (XenoLight DiR)-loaded PLGA-PEG (PG) NPs, PLGA-PEG-PAMAM (PGM) NPs (polycationic poly(amido amine)(PAMAM)) and PLGA-PEG-PEI (PGI) NPs (polyethylenimine (PEI)) were fabricated using a nanoprecipitation method, and the resulting NPs had a particle size of ~ 150 nm (p >0.05) and a zeta potential for PGM and PGI NPs of ~ (+) 30 mV and for PG NPs of ~ (-) 25 mV. An in vitro permeability study was also performed using a human brain microvascular endothelial cell (hCMEC/D3) cell line as a model of the human BBB which was evaluated to possess tight junction (TJ) integrity by transendothelial electrical resistance (TEER). For in vivo biodistribution, BALB/CJ mice were injected with one dose of 5 mg of PG-DiR, PGM-DiR and PGI-DiR NPs (equivalent to 75 µg of DiR) and compared with saline and PGM NPs. After injections on days 1, 4 and 8, perfusion was performed to flush NPs from the circulation, and the fluorescent intensities of mice and organs were measured by using IVIS-200 instrument.


Results: The results from the in vitro permeability study showed that PGM NPs had a higher permeability coefficient (Pe) when compared with PG and PGI NPs. The biodistribution study revealed significantly more localization of PGM-DiR NPs to the brain compared to PG and PGI NPs after 1, 4 and 8 days of injection (p< 0.01, p< 0.05 and p< 0.001 respectively).


Conclusion: In conclusion, we have demonstrated that PGM NPs are an effective and safe to deliver drug(s) across the BBB into the brain. These findings also provide the motivation to investigate a novel drug delivery system that may be clinically translatable for brain diseases. 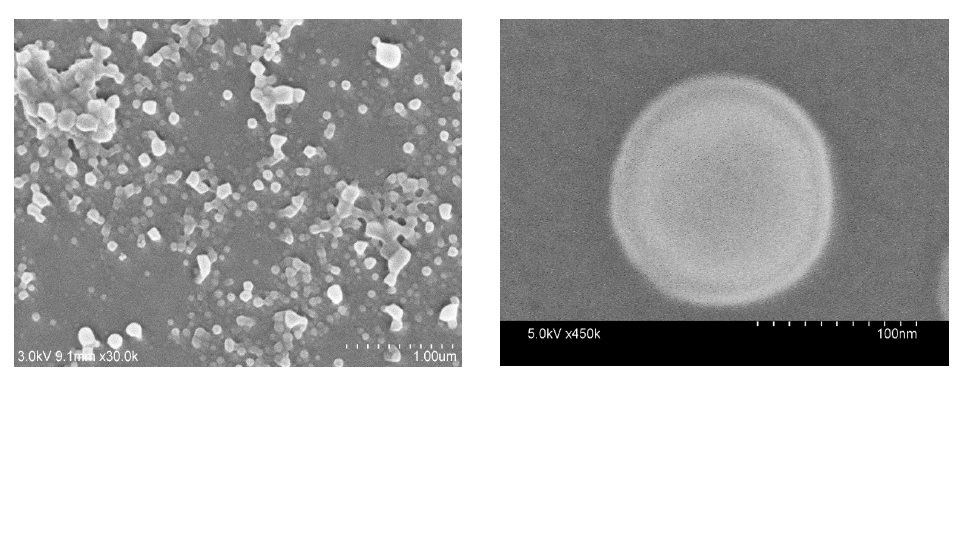 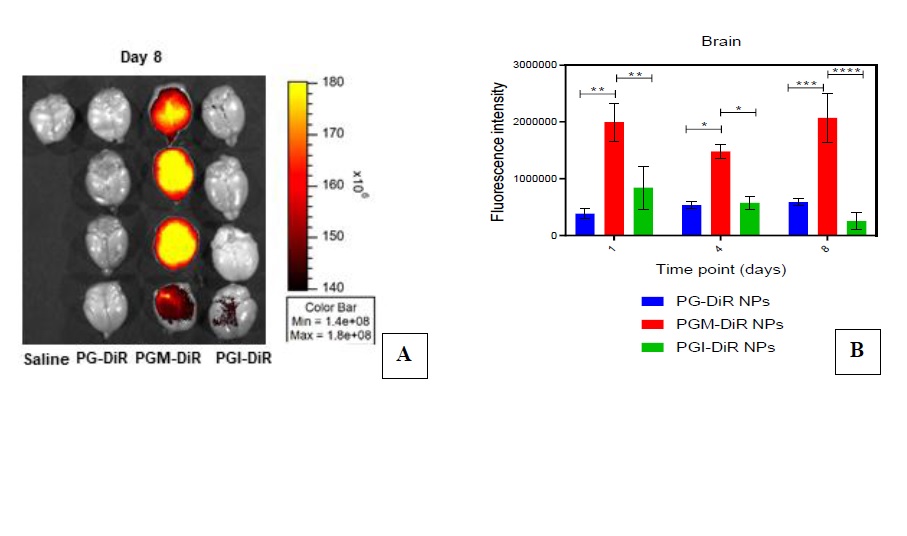 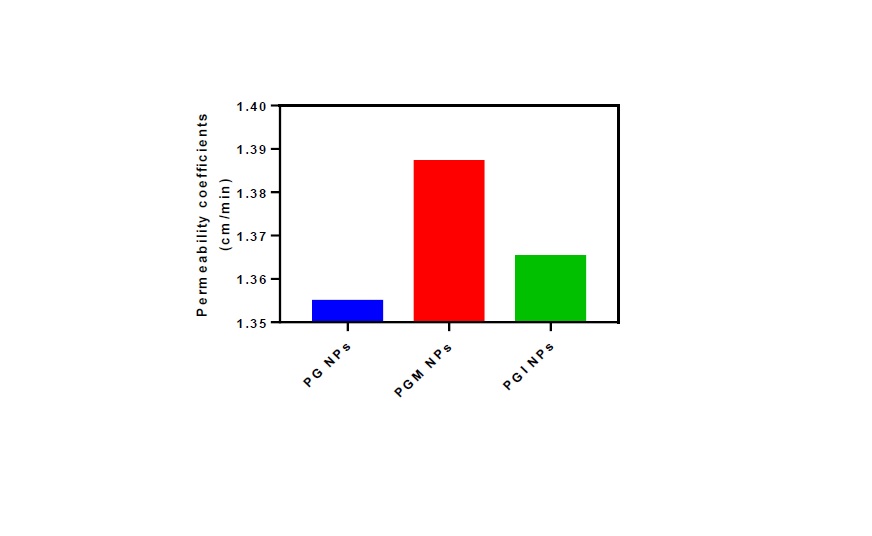