Purpose: The opioid crisis in the United States will continue to deteriorate and especially immediate release (IR) opioids are being abused more commonly. Consequently Grünenthal initially developed an abuse deterrent formulation for immediate release (ADF IR) of Hydrocodone indicating good abuse deterrent properties against extraction and insufflation (1). Purpose of this presentation is to show in-vitro as well as in-vivo results of the next generation ADF IR product containing Oxycodone-HCl (OC). The intention was to develop an ADF IR OC pellet tablet based on low-molecular weight (LMW) PEO with improved AD properties and compare to formulations based on high molecular weight (HMW) PEO. According to FDA guidance the AD potential shall be tested in-vitro simulating the intravenous and intranasal route e.g. in terms of particle size reduction and syringe-ability studies. Furthermore clinical studies shall be performed to test for bioequivalence (BE) in fasted and fed state, food effect as well as the intranasal human abuse potential (HAP) via the intranasal route.


Methods: Manufacturing: The INTAC® manufacturing process is based on a hot-melt extrusion which embeds OC into ADF pellets based on LMW (1 Mio) PEO and further ingredients. Pellet tablets were manufactured by blending filler, disintegrant and lubricant with ADF pellets prior to compression on a rotary tablet press.

In-Vitro Tests: separated pellets were tested for physical manipulation with a chefs’ knife. The particle size distribution (PSD) of the manipulated pellets was analyzed by Camsizer® technology. The IV-abuse route tests were performed with intact pellets. Each sample was extracted in 5 ml of boiling water for 5 minutes. The extract was directly filtered through a cigarette filter and drew in a syringe using a 21 gauge needle. API content was determined via HPLC.


Results: Based on LMW PEO and further excipients, especially disintegrants, several pellet formulations were developed. All batches tested for AD properties passed a release of 80% API within 30 minutes. Extraction rates were determined and displayed as % of label claim (Fig.1). A targeted extraction rate below 10% was achieved for two formulations (HE ’32 and ’39). In this study isolated ADF pellets were manipulated with sophisticated and time consuming method where total preparation exceeded 20 minutes per sample. PSD of manipulated samples showed batches containing HMW PEO having smaller PSD than batches based on LMW PEO (e.g. HE17039). LMW based pellets tend to be softer and more sticky. HMW PEO batches show less than 20% of particles being smaller than 250 micron whereas the LMW batches show less than 5% and only less than 10% below 500 micron level. In-vivo tests were performed with batch HE17039 featuring IV extraction rates below 10% and particle sizes after manipulation larger 500 micron.


Conclusion: A 10 mg OC ADF IR pellet tablet based on a LMW PEO was developed. This pellet tablet formulation featured immediate release characteristics together with IV extraction rates below 10% and particle sizes after manipulation larger 500 micron. It therefore indicates even improved ADF characteristics compared to ADF IR based on HMW PEO. PK and intranasal HAP studies have demonstrated similar in-vivo performance to the reference under fed and fasted conditions. Thus it can be expected that INTAC ® ADF IR OC has lower potential of intranasal abuse compared to OC powder. 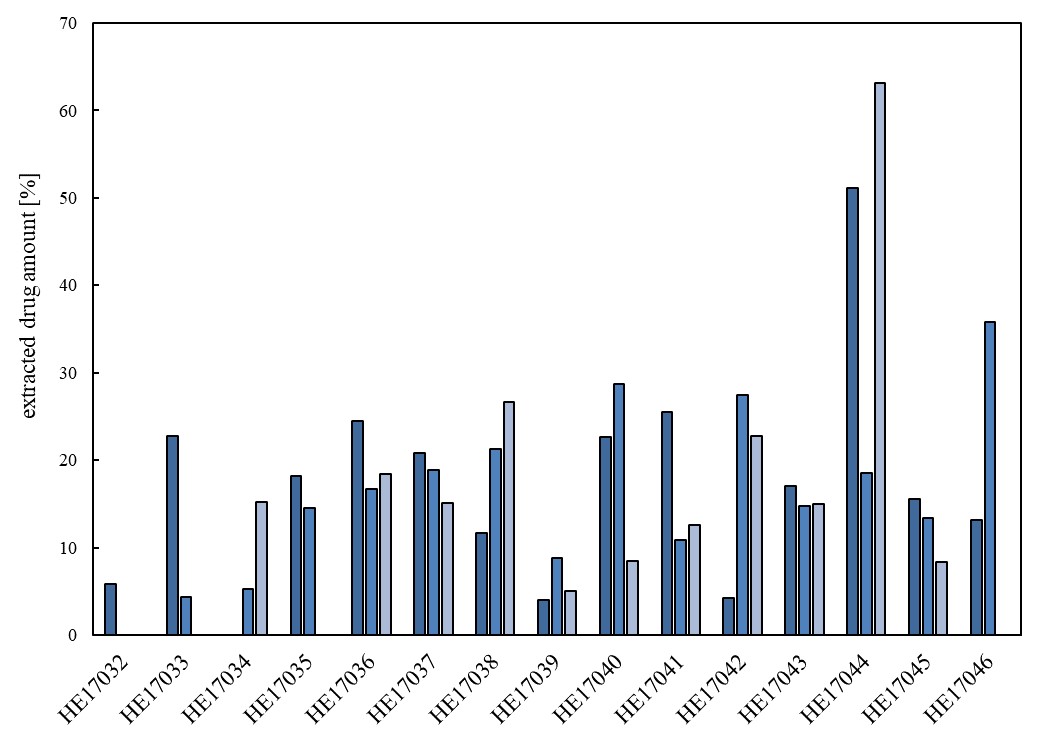 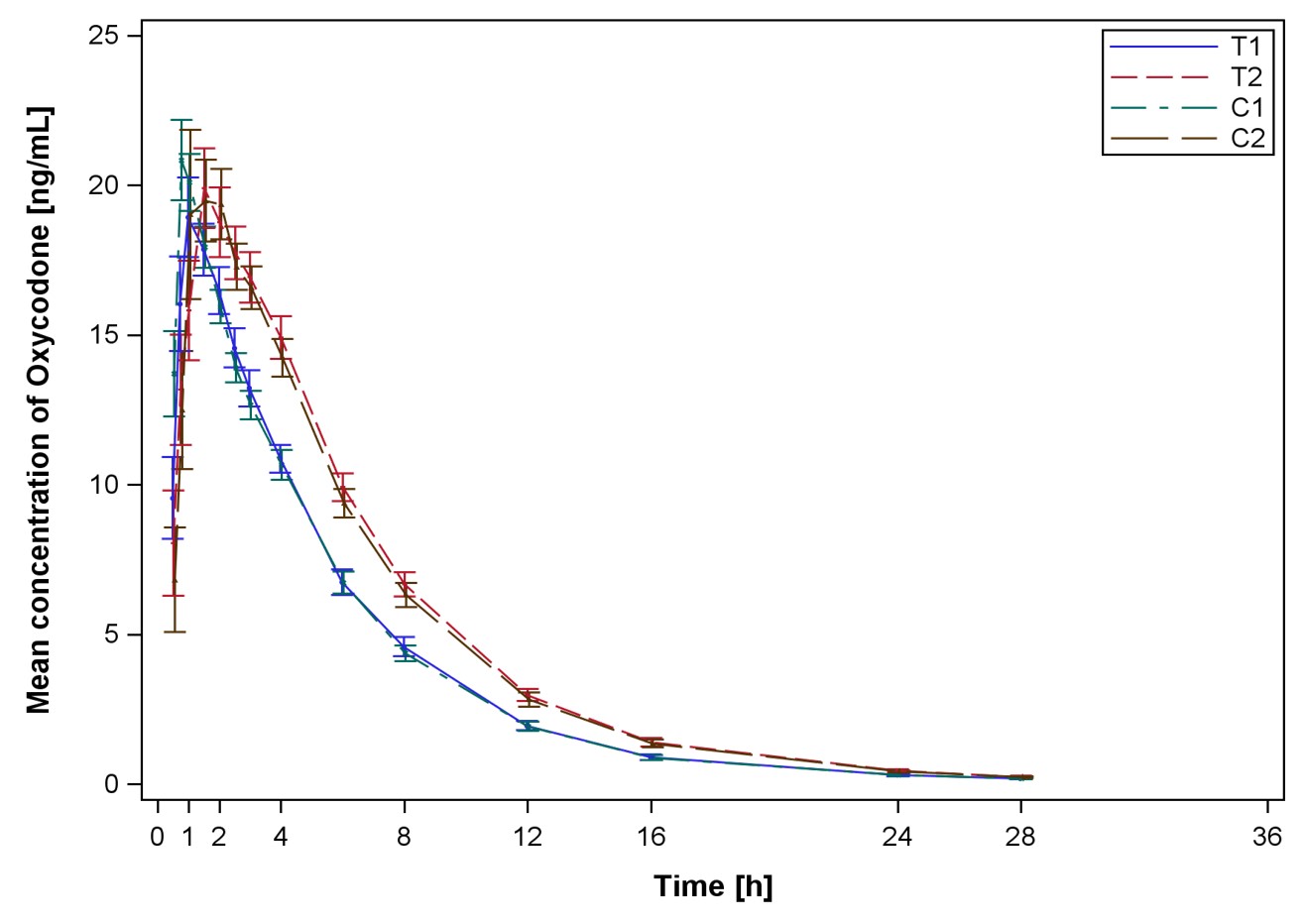