Purpose: The cannabinoid CB1 receptor is a target for discovery of novel therapeutics for the management of an array of disorders such as pain and obesity. However, therapeutic applications of the orthosteric ligands is hurdled from psychoactive liability of CB1 agonists and antagonists. Positive allosteric modulators (PAMs) offer an alternative approach to enhance CB1 receptor function for therapeutic gain with the promise of reduced side effects. ZCZ011 is a CB1 PAM and produce CB1 receptor mediated antinociceptive effects in mouse neuropathic pain models, which were resistant to tolerance and did not elicit cannabimimetic side effects associated with CB1 orthosteric agonists. One of the challenges to further explore the therapeutic potentials of ZCZ011 is its poor solubility. In this study, thermodynamic solubility of ZCZ011 were determined by following a protocol previously reported. To assist future in vivo investigations of ZCZ011 and its analogs, a formulation method was developed, by which the ZCZ011 can form a transparent and homogenous solution with aqueous media.


Methods: The thermodynamic solubility assay was performed according to a reported protocol, in which ZCZ011 powder was suspended in PBS buffer with vigorous stirring. Aliquot samples were collected at different time and analyzed by reverse phase HPLC. A variety of formulation agents were employed to develop a formulated form of ZCZ011. This included the combination of different excipients such as cremophor, emulphor, Tween 80, Tween 20, PEG 300, and cyclodextrin


Results: The analysis showed that the thermodynamic solubility of ZCZ011 is 2.7 ng/mL. The optimized formulation for ZCZ011 is that 2.0 mg of drug was first dissolved in 0.2 mL of the mixture of tween 80 and ethanol (1:1). This was followed by mixing with 0. 8 mL of PBS such that a transparent and homogenous solution was formed. The formulation is stable for at least 72 hours without any drug precipitation.


Conclusion: The CB1 positive allosteric modulator ZCZ011 showed promising antinociceptive effects. The compound has very poor solubility, which limited preclinical investigations. A formulation method was developed to facilitate further in vivo studies of this proof-of-concept molecule to explore other therapeutic utilities from allosteric modulation of the cannabinoid CB1 receptor. 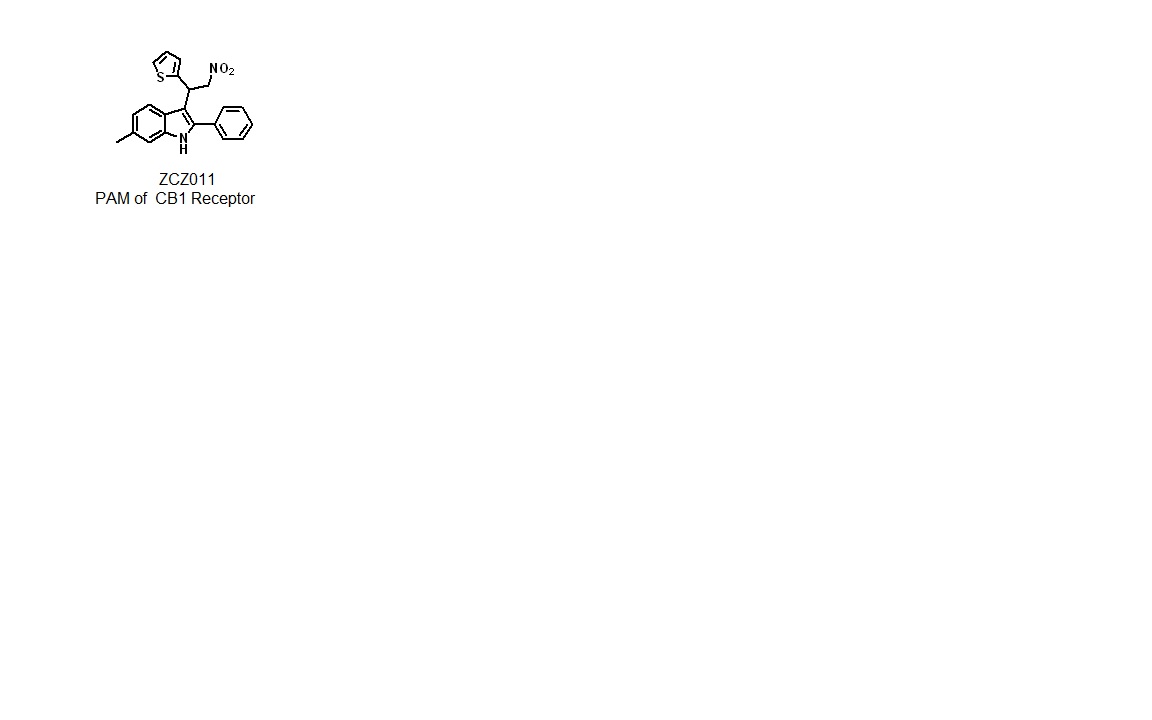