Methods: The microspheres were prepared using the emulsion solvent evaporation method. Total weight of 1 g of clarithromycin and Eudragit S100 mixture were dissolved in 20 ml of acetone and absolute ethanol mixture of 3:1. The solution was emulsified in liquid paraffin containing a surfactant. The formed emulsion was stirred until microsphere formation using overhead mixer. Small amount of n-Hexane was then added to harden the microspheres. The microspheres were then filtered, washed and dried at room temperature for 24 hours. Different microspheres preparations were prepared by varying the following processing factors: drug to polymer ratio, stirring speed, surfactant concentration and volume of paraffin oil. The prepared microcapsules were characterized for particle size, yield, encapsulation efficiency and morphology. DSC and FTIR were used to evaluate the compatibility between the drug and the polymer. Clarithromycin release profile was studied using USP dissolution apparatus II at 100 rpm in dissolution media of pH 1.2, 6.4 and 7.4. The taste of the prepared microcapsules was evaluated using 12 human volunteers. Testing was performed according to a written protocol and it was approved from IRB committee of Jordan University of Science and Technology and King Abdullah University Hospital.


Results: Smooth and spherical microspheres were prepared with a narrow particle size in the range of 130 – 225 micron depending on the processing conditions. The yield ranged from 55% to 87%. The encapsulation efficiency varied from 82 to 95%. DSC and FTIR data indicate that the drug is distributed uniformly within the polymer with no interaction. Drug release studies showed that the polymer is capable of preventing the release at pH 1.2 and 6.4 indicating no drug release in the mouth. On the other hand, complete drug release was observed at pH of 7.4 within two hours. Taste evaluation of the microspheres showed that microspheres prepared using the following processing conditions: Drug to polymer ration of 150:850, stirring speed of 700 rpm, surfactant concentration of 1% or 1.5% and volume of liquid paraffin of 150 ml were capable of completely masking the bitter taste of clarithromycin. 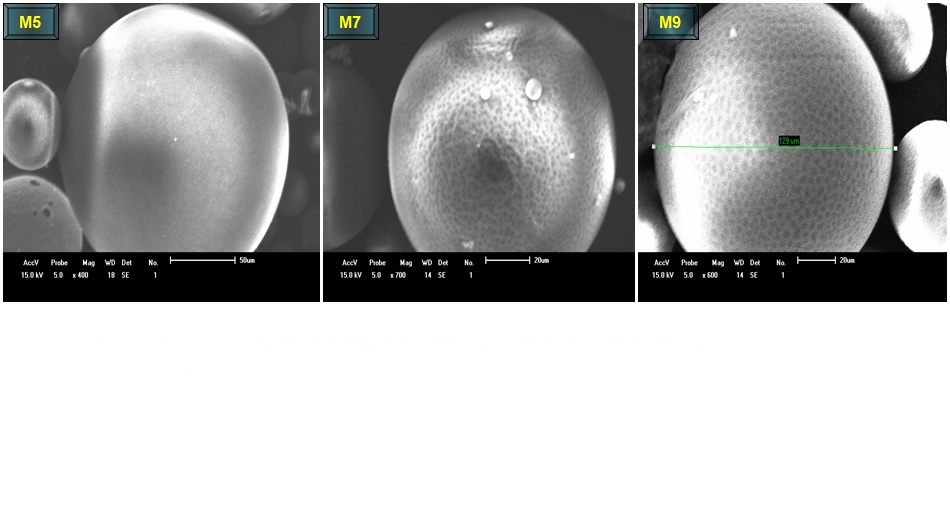 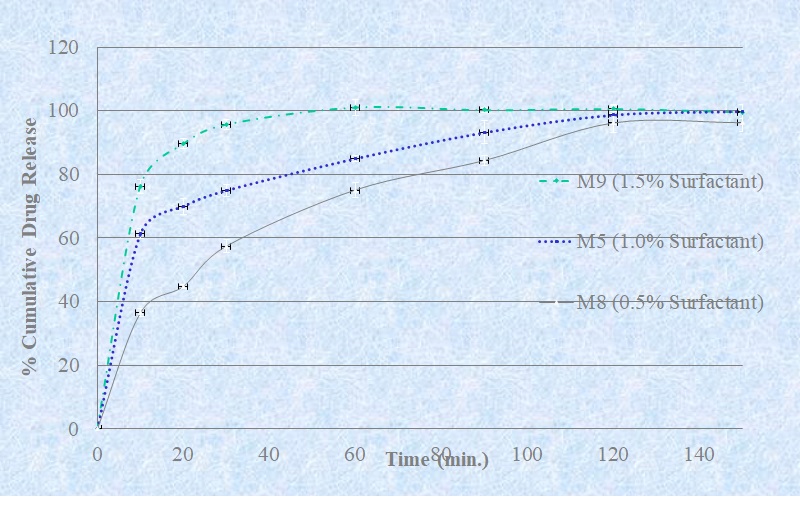