W0930-13-87 - Development of Pharmacokinetic Evaluation System for Effective Formulation Design (X): The Study of the Gastrointestinal Behavior under Dosing OD Tablets without Water by Using GastroPlusTM

Purpose: Orally disintegrating tablets (OD tablets) are drugs that can be taken without water because that they dissolve quickly in the oral cavity.OD tablets are easy dosage form to take, so they have been developed for various drugs.The aim of this study is to develop a simulation approach for pharmacokinetics of OD tablets. We must pass both with water and without water bioequivalence studies (BE studies) for OD tablets in Japan, so it is important to know the behavior of gastrointestinal under condition dosing without water. However, there are still many questions regarding the change of the gastrointestinal condition under dosing without water. This time, we studied the effect of “stomach transit time” and “percent fluid in small intestine (SI)” using GastroPlusTM when dosing without water. 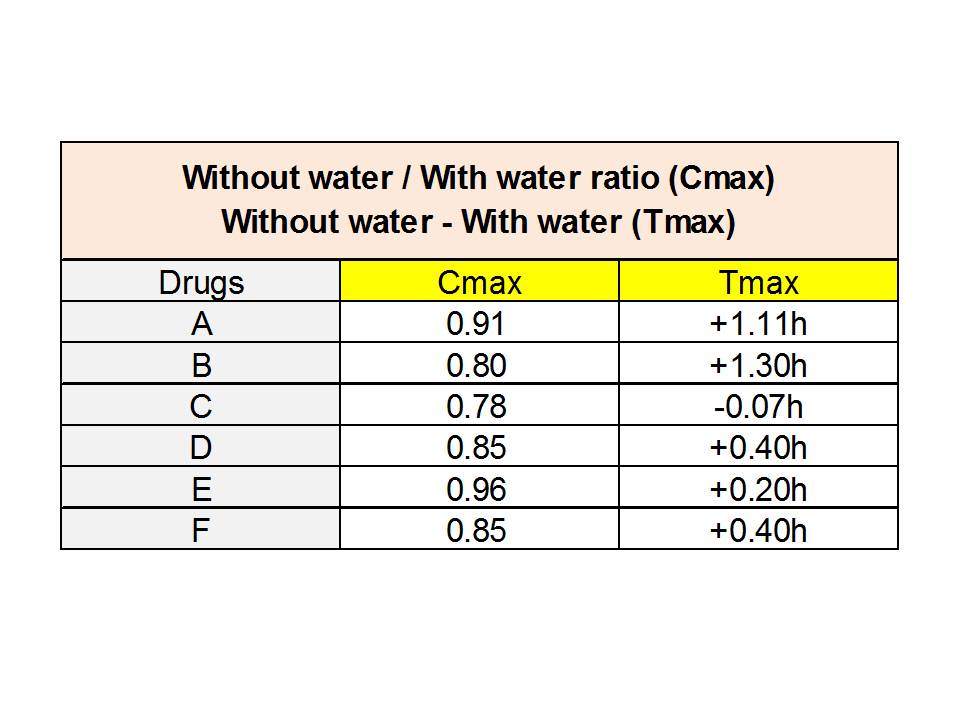 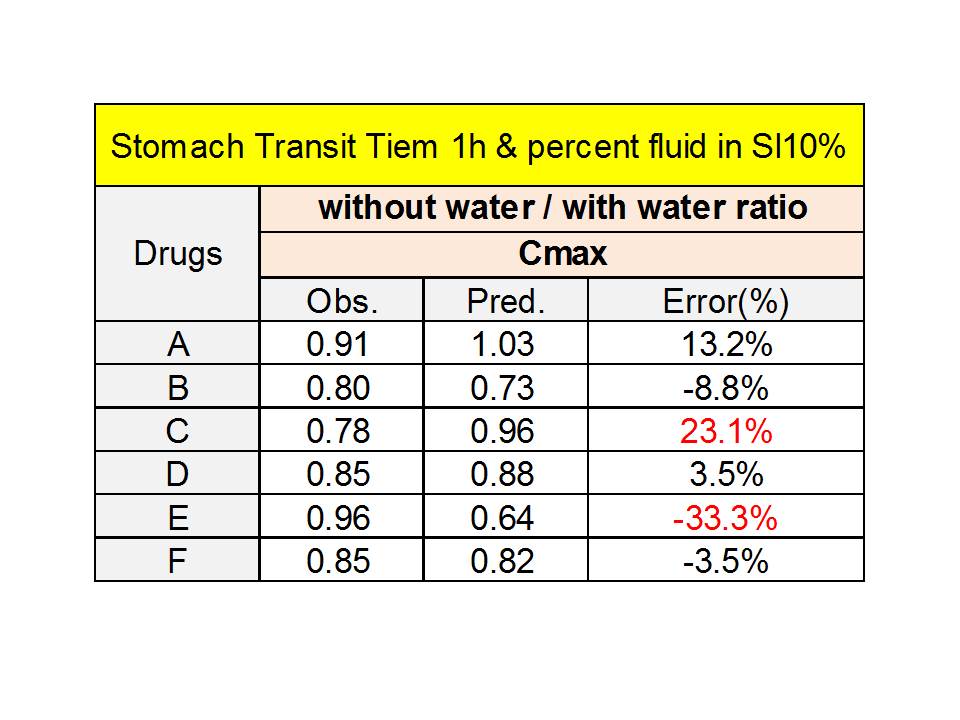