Purpose: Currently, ethyl acetate (EA) is the most frequently used ICH class 3 organic solvent for the preparation of PLGA microspheres. However, ethyl acetate-based microencapsulation processes face some limitations and issues. In this study, non-halogenated ethyl formate (EF) was proposed as an alternative that could replace ethyl acetate. The purpose of this study was to evaluate the qualifications of the two solvents in the preparation of PLGA microspheres.


Methods: PLGA microspheres were prepared through a solvent extraction technique. Briefly, a non-halogenated organic solvent (3 ml of EA or EF) was used to dissolve PLGA (250 to 400 mg; 7525DLG 4A, Evonik) and progesterone (70 to 130 mg). This dispersed phase was emulsified in 25 ml of a 0.5% polyvinyl alcohol (PVA) aqueous solution in which various amounts (0, 1, or 2 ml) of the dispersed solvent was pre-dissolved. After 5 min-emulsification, 50 ml of a 0.1% PVA solution was added to the oil-in-water (o/w) emulsion. In 10 min, the whole emulsion was poured into 100 ml of the 0.1% PVA solution and was subject to continual stirring at 450 rpm for 1 hr. Microspheres were collected by wet sieving, redispersed in 100 ml of fresh 0.1% PVA solution, and stirred at 30 °C for 3 hrs. Microspheres were collected by filtration and vacuum dried overnight at ambient temperature. As a control, a typical solvent evaporation process using either EA or EF was adapted to prepare PLGA microspheres. The major quality attributes of these microspheres investigated in this study were progesterone encapsulation efficiency, drug crystallization, microsphere morphology, residual solvents, thermal behavior, and particle size distribution. 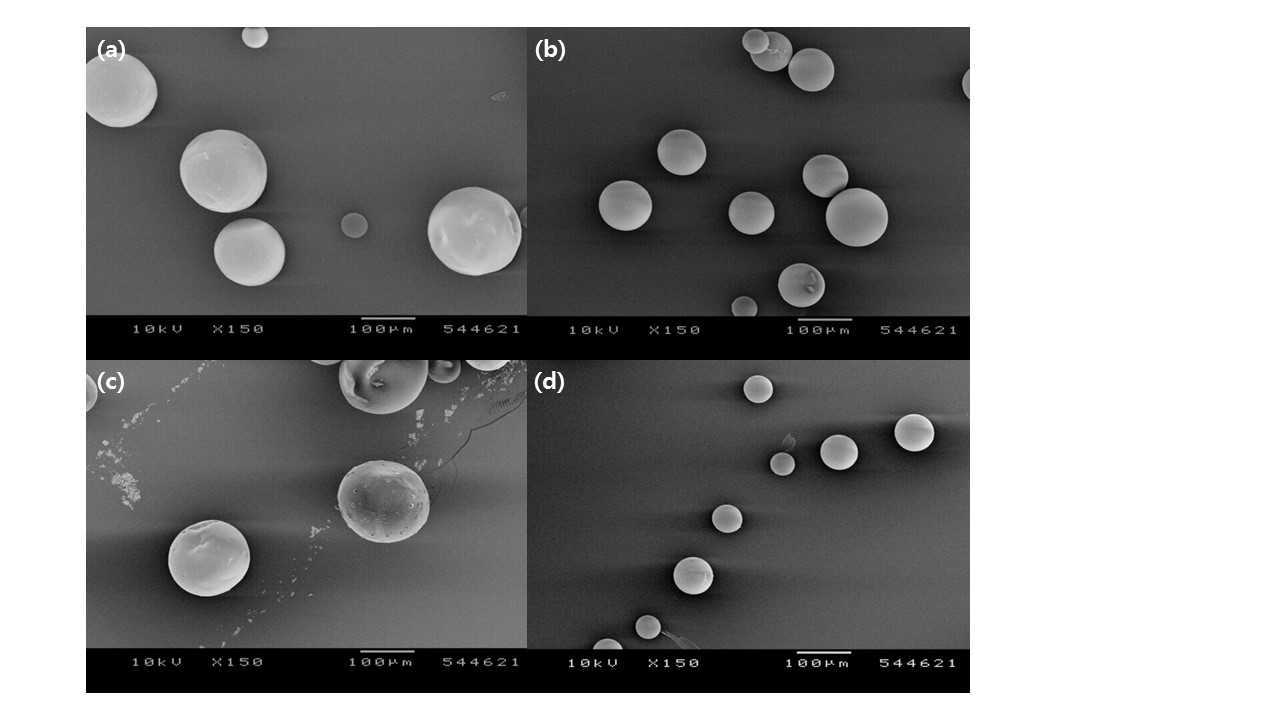 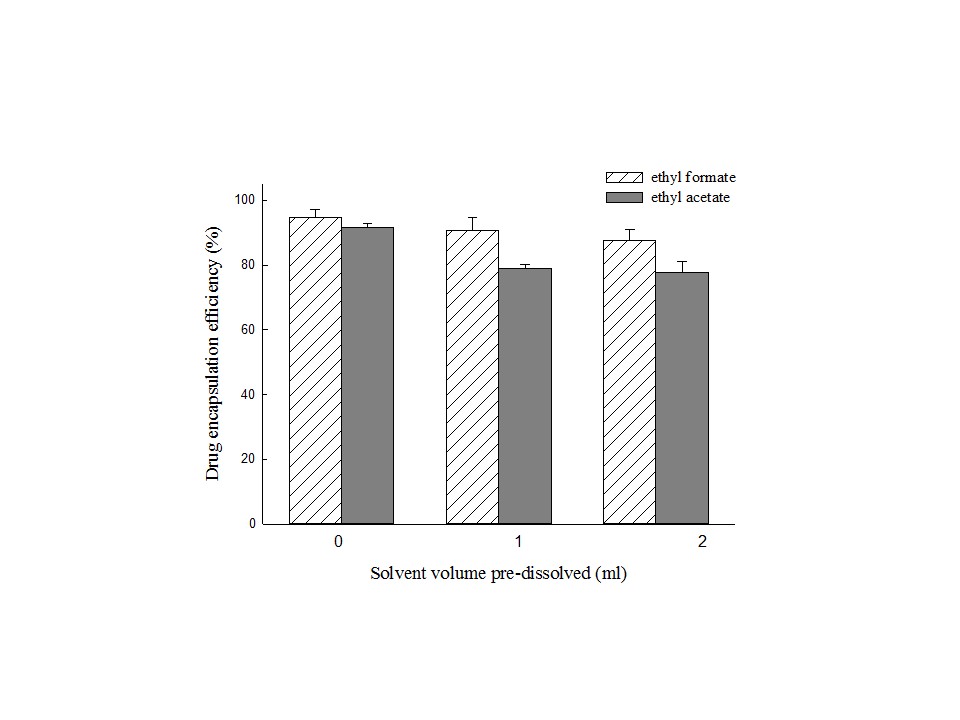