Purpose: Cannabis sativa Linnaeus is one of the oldest know drugs in the world, as marijuana, and is one of the oldest known crops, as hemp, having been found in tombs dating back to 8000 BC [1]. Both recreational and medicinal use of the plant occurs worldwide and the biologically active compounds in the plant are called cannabinoids and over one hundred have been identified [2]. A range of implications to human health have been reported for cannabinoids with delta-9-tetrahydrocannabinol being the main psychoactive component occurring naturally in the plant.

In 2018 the Farm Bill was signed into law as the Agricultural Improvement Act which has provisions to facilitate the commercial cultivation, processing, and marketing of industrial hemp. An amendment to the Controlled Substances Act has declassified industrial hemp and it is now excluded from the statutory definition of marijuana if the delta-9-tetrahydrocannabinol content is below the 0.3% on a dry weight basis [3].

With the ever-changing legal status of cannabis and increase in availability of products derived from the plant it is important to develop methods to detect and quantify the cannabinoid content in commercial product and plant material in an effort to standardize and regulate production.

This method can be used to quantify plant material and commercial product samples using ultra‐performance liquid chromatography−tandem mass spectrometry (UPLC-MS/MS) and has already been used to quantify cannabinoids in commercial C. sativa products. This method has been used for both oral and edible forms, as well as plant samples and is able to perform both structure elucidation and simultaneous quantification of cannabinoids including separation of the cis/trans isomers delta-8 and delta-9-tetrahydrocannibinol.

Results: The method was validated for an appropriate linear range of 5-2500 ng/mL depending on the cannabinoid with the determinant coefficient always ≥ 0.99 as can be seen in Figures 1 and 2. The total recovery of analytes from each preparation was consistent and concentration independent. Cannabinoids were separated efficiently with a baseline separation of the cis-trans isomers delta-8 and delta-9 tetrahydrocannabinol as can be seen in Figure 3.

Conclusion: An analytical method for quantification of cannabinoids with the ability to separate the cis-trans isomers delta-8 and delta-9-tetrahydrocannabinol is being reported. This method can be used to accurately report the content in consumer samples allowing for the regulation and standardization of cannabis product. 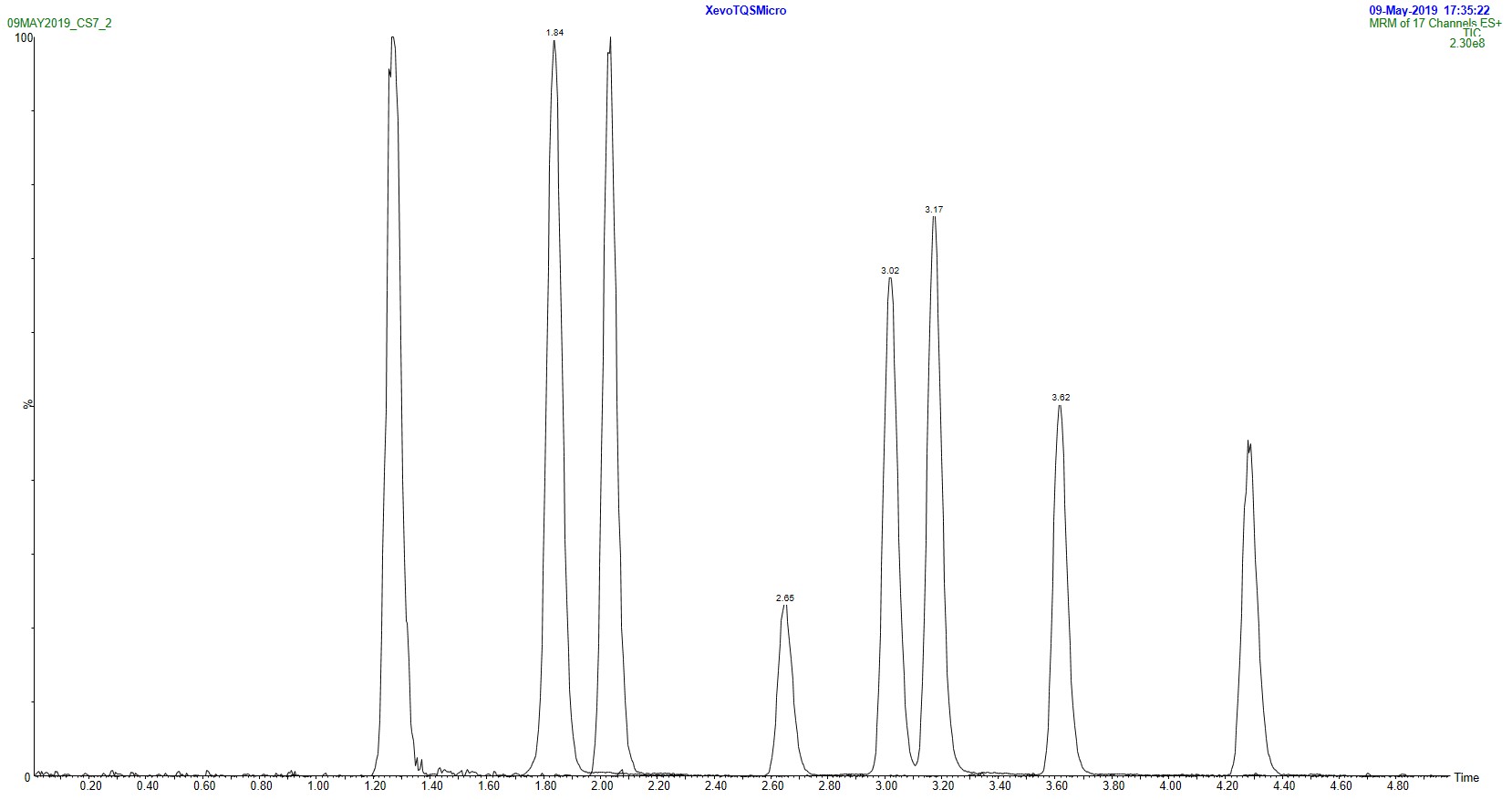 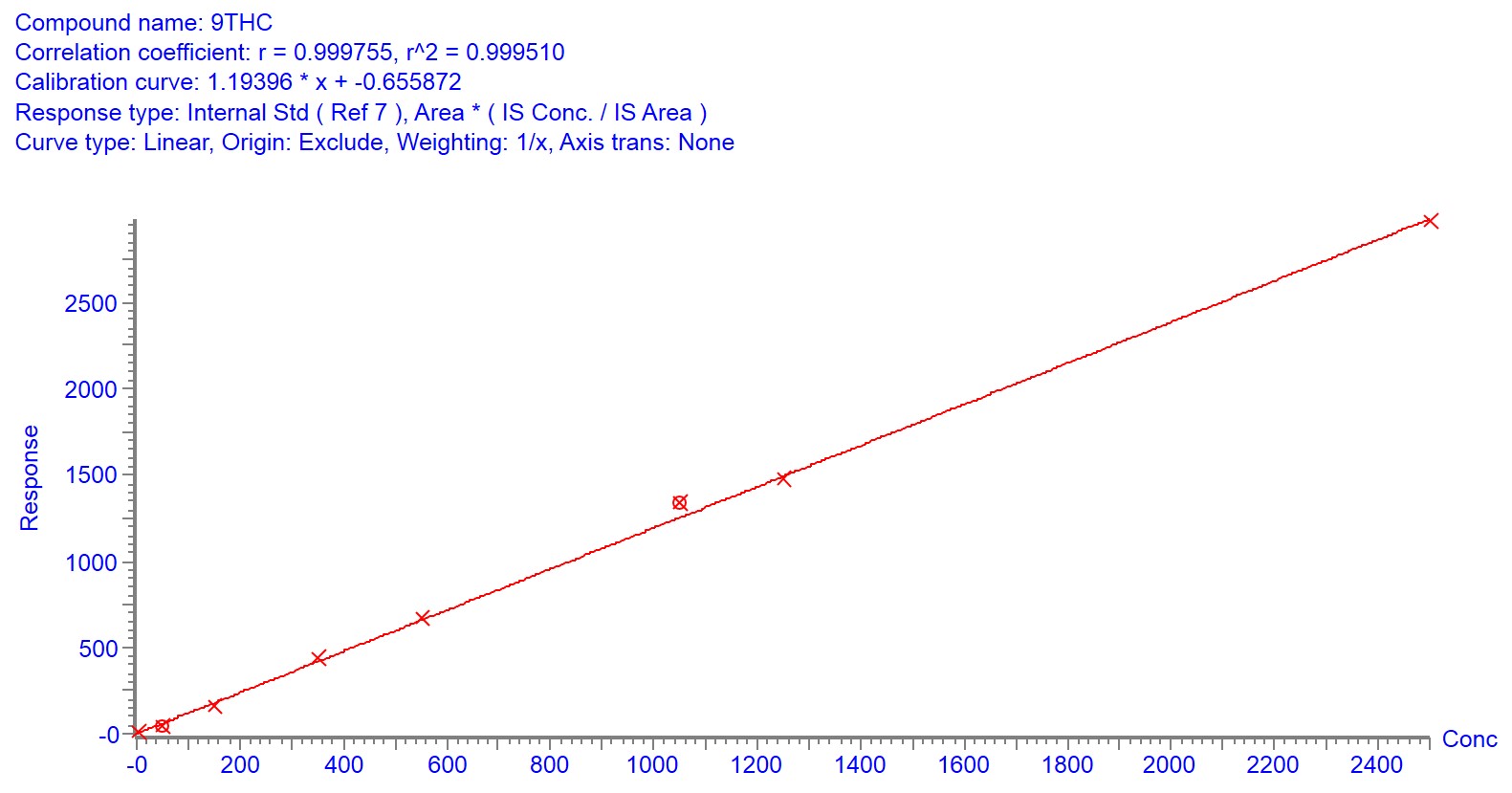 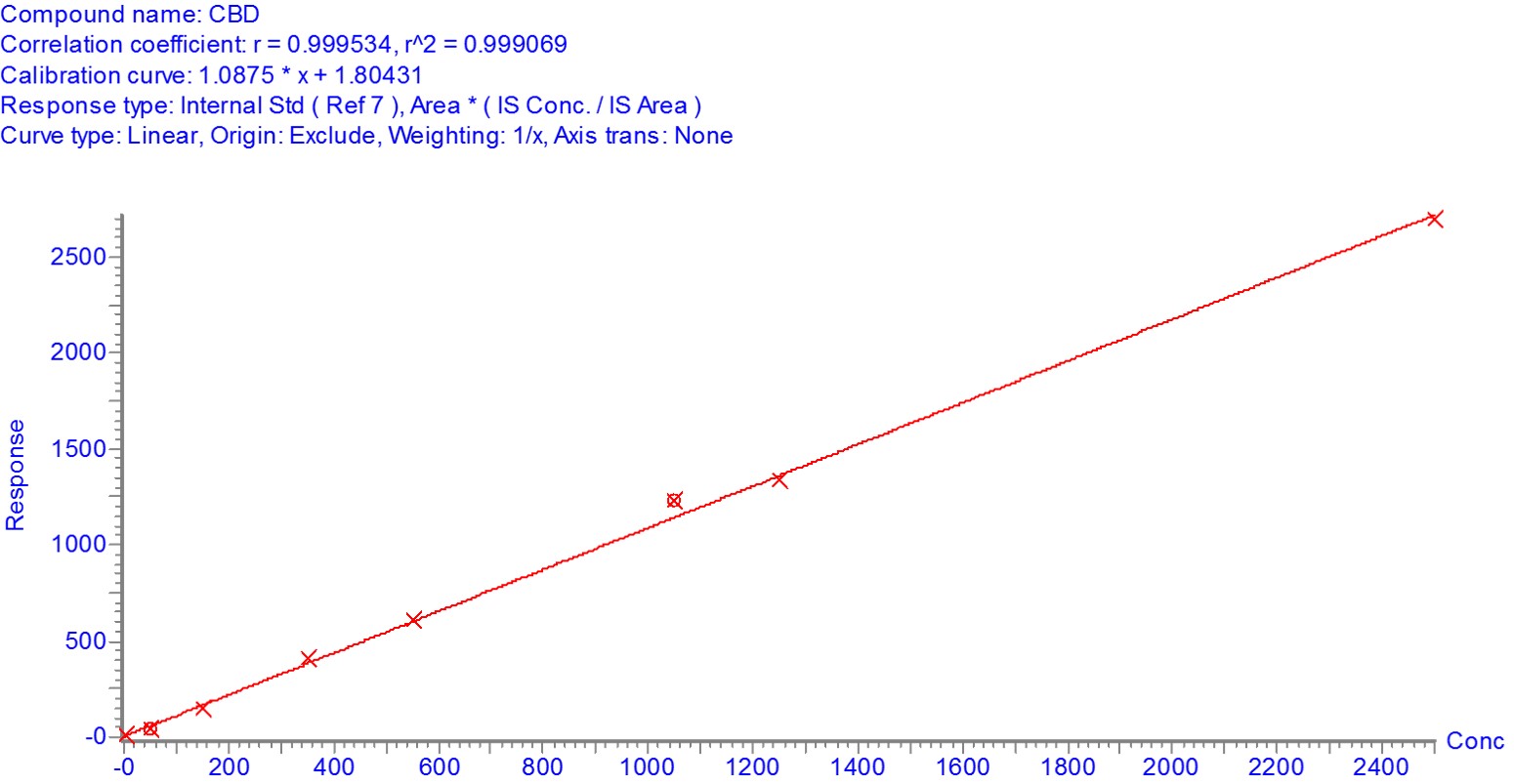