Purpose: The purpose of the study was to use nanostructured lipid carriers (NLCs) conjugated with transferrin to improve the cellular uptake of artemisone and enhance the accumulation in cancer cells as well as decreasing normal tissue toxicity. Artemisone (ATM) an antimalarial drug derived from Artemisinin, a Chinese herb, recently revealed a promising anticancer effect against different cell lines through different mechanisms of action. The rational is that artemisinins anti-malarial effect is due to the reaction of the endoperoxide moiety with heme in the malaria parasite or in the case of cancer, the free iron. The artemisinins-iron reaction will lead to the generation of free radicals and eventually the death in the parasite or cancer cells. It has been speculated that if artemisinins are conjugated to transferrin, they will be attached to the abundant transferrin receptors on the surface of the cancer cells and taken in the same endosomes that carry the iron into cancer cells. As a result, selective cytotoxicity and higher potency will be achieved.


Methods: NLC were prepared by homogenization followed by ultrasonication. The lipid phase composed of compritol, labrafil, lecithin, artemisone and the aqueous phase (water and tween 80) were heated at 80 °C. The aqueous phase was added to the lipid phase and homogenized for 3 minutes followed by ultrasonicated. To further conjugate the resulting NLC formulations with transferrin, stearylamine (SA) was added to the lipid phase and the same method of preparation was followed. The NLC-SA formulations were used to conjugate transferrin (TF) by a coupling reaction. The resulting NLC, NLC-ATM, NLC-TF, NLC-TF-ATM were characterized using dynamic light scattering to obtain the particle size and the zeta potential. FT-IR was used to confirm the conjugation reaction between NLC and Transferrin. Moreover, the encapsulation efficiency was determined, and the in vitro release of the drug was calculated. Finally, the formulations were tested on a melanoma cell line at different concentrations.


Conclusion: We conclude from this study that NLC and transferrin conjugated NLC are successful carriers to deliver ATM to melanoma cells, presenting a promising repurposing of ATM from an antimalarial drug to an anticancer drug. Further development and modification of these carrier could be investigated for the delivery of similar chemical compounds on different cell lines. 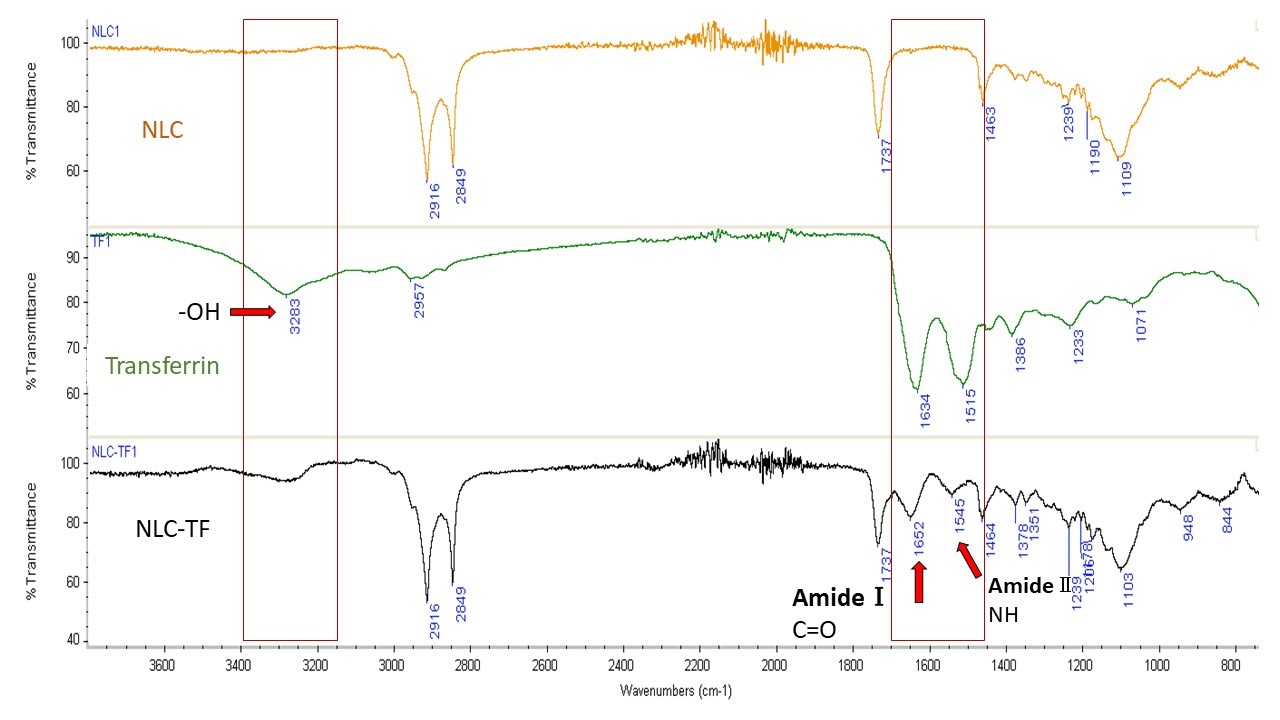 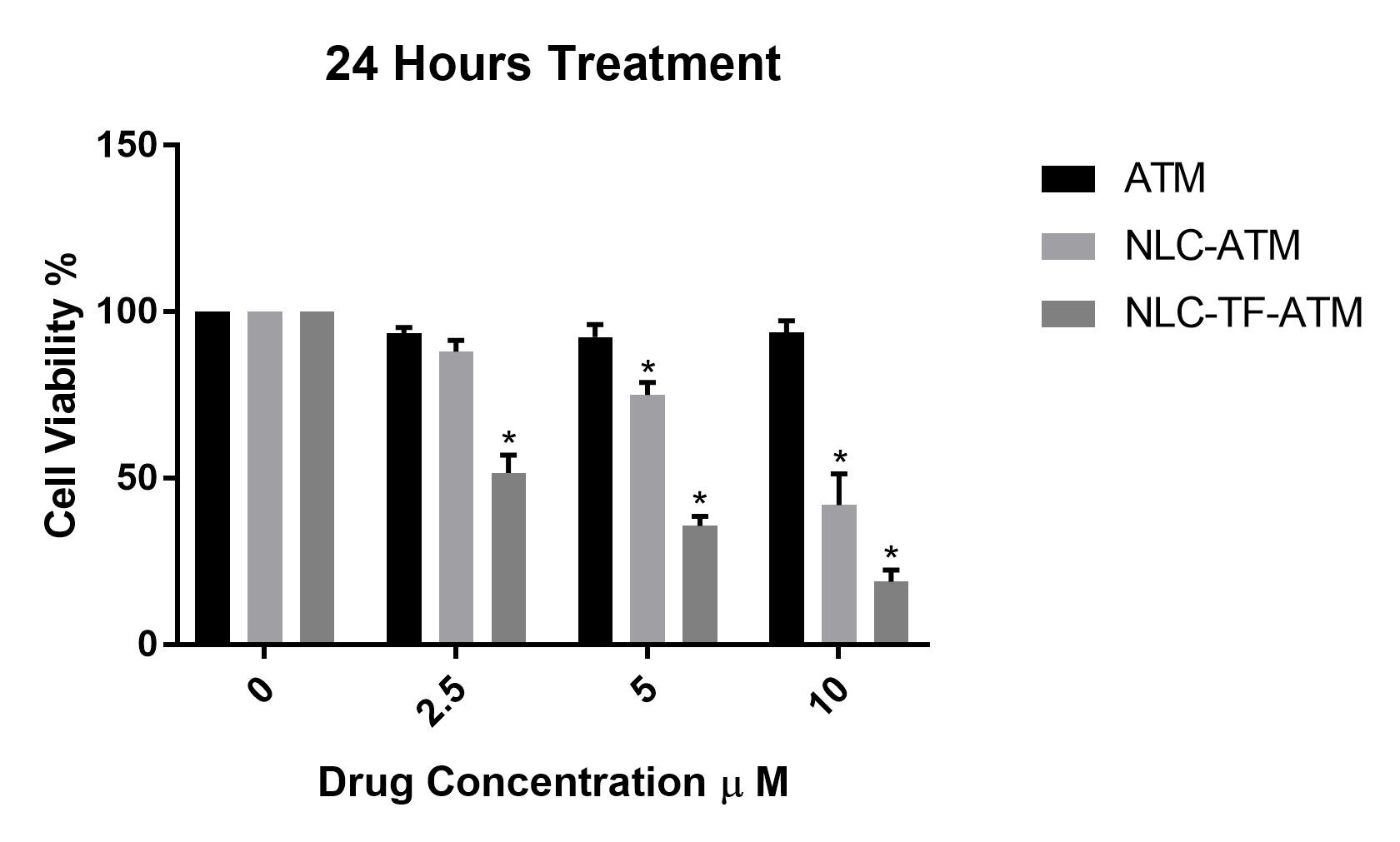 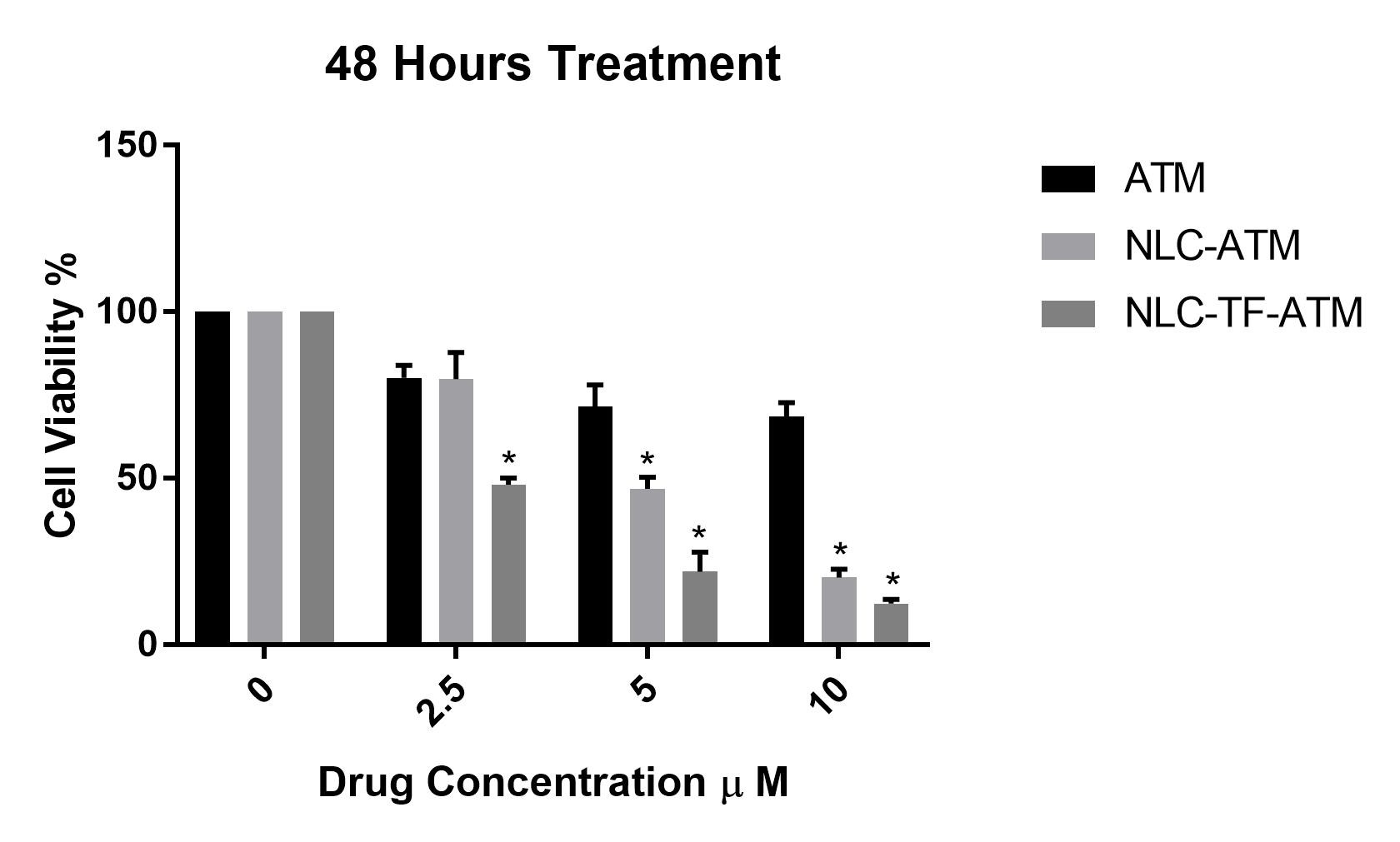