Purpose: This study was conducted to develop oral tablets of opioid drug analogue (dextromethorphan HBr, DEX) that resist drug extraction upon intravenous drug abuse, while release therapeutic concentrations of the drug upon regular oral use. The gel strength of a xanthan gum-based composition was evaluated in different solvents as an indication of the extraction resistance capacity of the formulation. The drug release was also investigated to confirm the appropriateness of the formulation when used as intended. Furthermore, the stability of the composition was studied over a period of 3 months at ambient temperature and humidity conditions.


Methods: Tablets containing DEX and xanthan gum were prepared at 1:10 ratio of the drug to the polymer. A single station compression press tableting machine was used for preparing the tablets using a direct compression method (2000 lb compression force, ½ inch diameter die). The formulation was exposed to 10 mL of different extracting solvents (water, 40% ethanol, pH3 solution, and normal saline), vortex mixed, and left resting for 10 minutes. The gel strength of the samples was determined using a texture analyzer (Brookfield, CT3 - 4500). A stainless-steel probe was attached to the texture analyzer and allowed to travel into the gels up to 10 mm at a rate of 0.5 mm/sec. The resistance (mN) exerted by the gel to probe penetration was measured, indicating the extraction resistance capacity of the composition. Moreover, the gel strength at specific time intervals was measured in normal saline, where the composition showed slow rate of strong gel formation. The drug release from the xanthan gum-based formulation was evaluated by conducting in vitro dissolution in 900 mL of 0.1N HCl at 50 RPM and 37 ± 0.5°C using the paddle dissolution tester. Lastly, the gel strength and drug release were evaluated on the tablets stored in high-density polyethylene (HDPE) containers at 25 ± 2ºC and 60 ± 5% RH for a period of 3 months. The sampling points were 1, 2, and 3 months and the results were compared to the initial values.


Results: A gel was rapidly formed in all solvents except in normal saline, where the gel was observed following a lag time and reached equilibrium after 3 h. Despite the slow rate in reaching the gel state equilibrium in saline, the initial gel formation was found to be sufficient to prevent drug extraction. The gel strength values ranged from 50 – 65 mN in the different solvents, while the value was 25 mN in normal saline. The drug release profile showed an extended-release pattern over 24 h. The stability results indicated no significant difference in the gel strength and drug release over the 3 months storage period at ambient conditions.


Conclusion: Xanthan gum with its rigid structure forms stable gels in different extracting media, and thus can effectively be used in the formulation of powerful abuse-deterrent products. The gum best suits extended-release products, allowing for once daily administration and an analgesic effect over 24 hours with superior abuse deterrent properties. 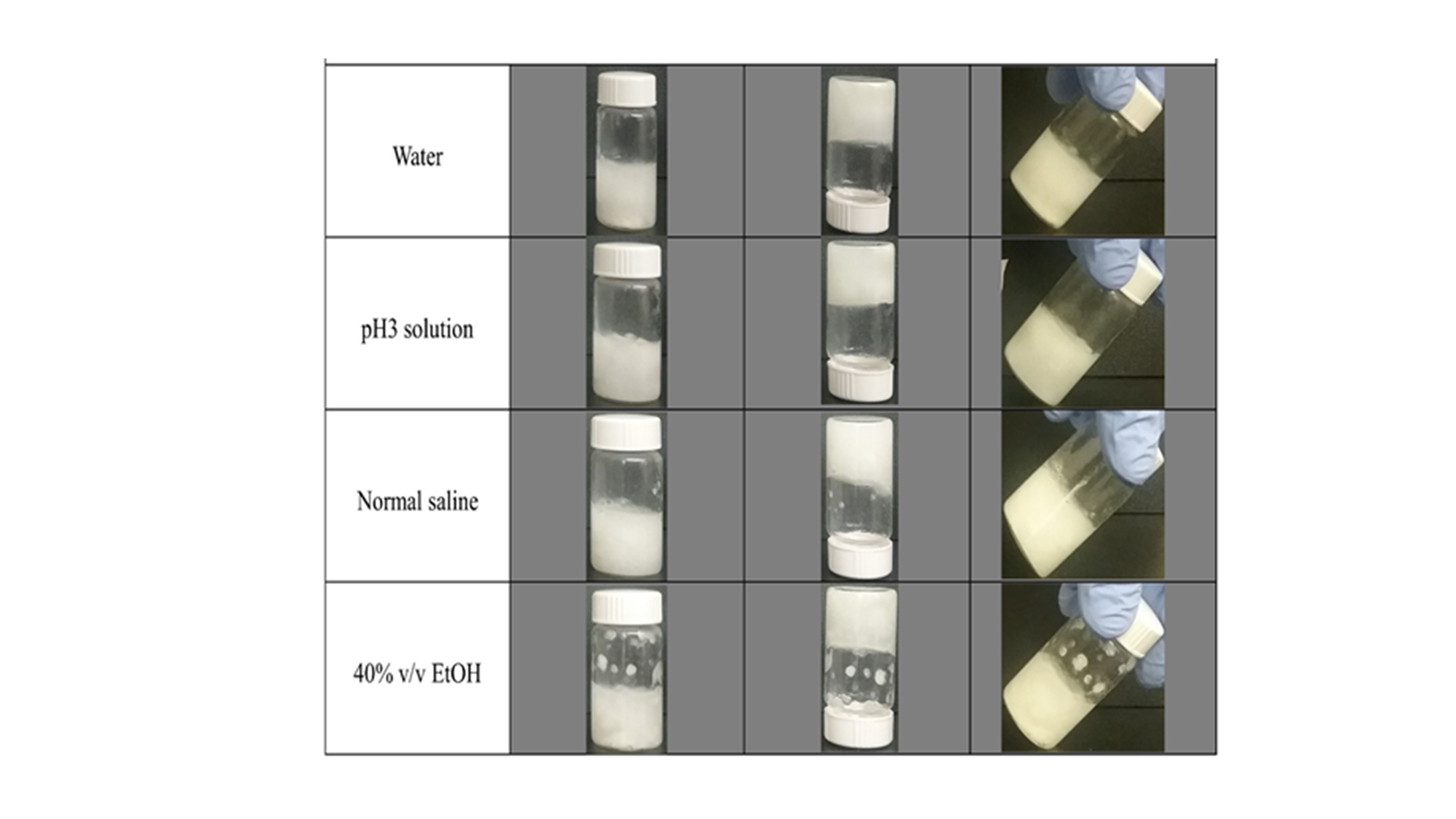 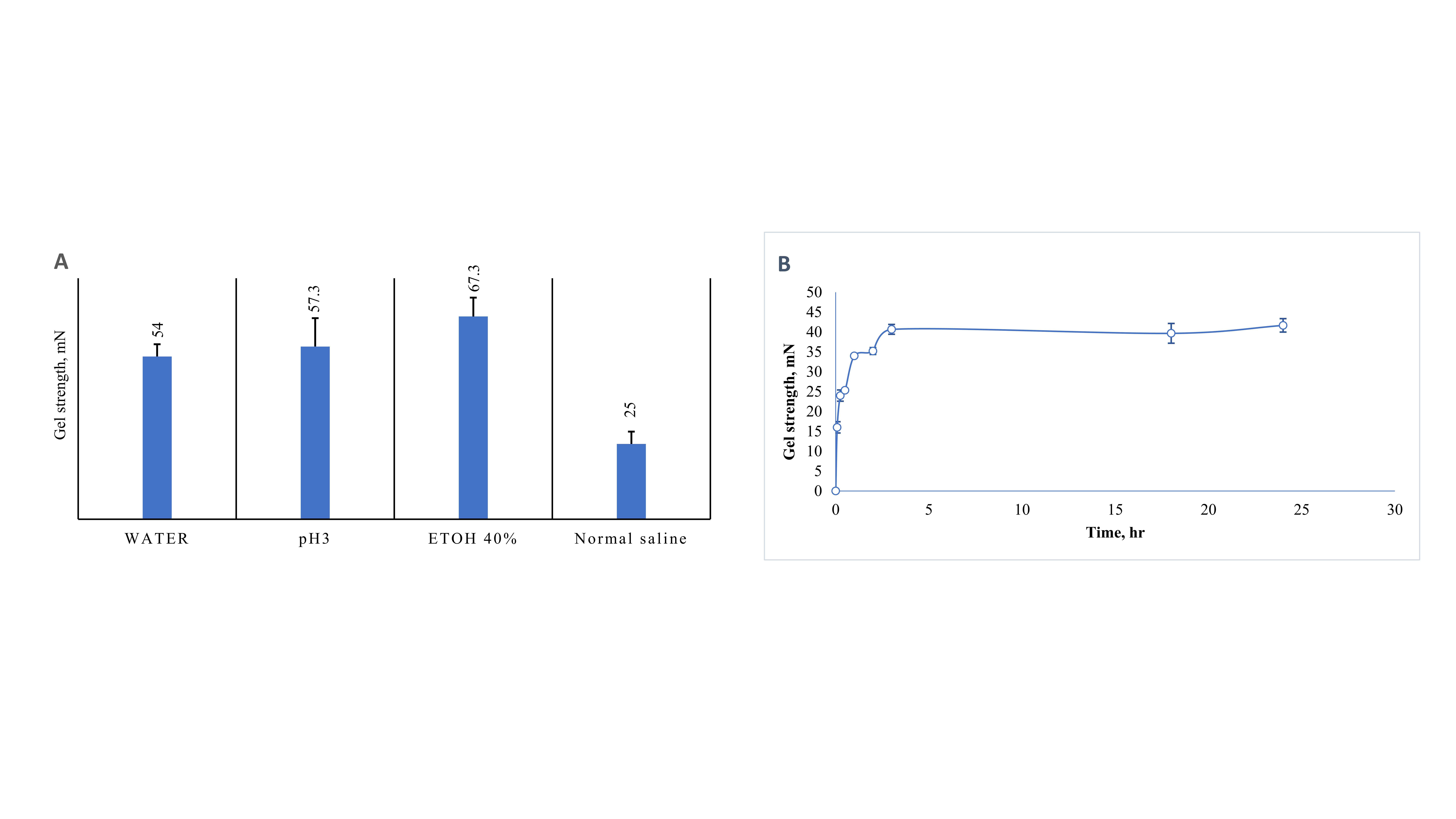 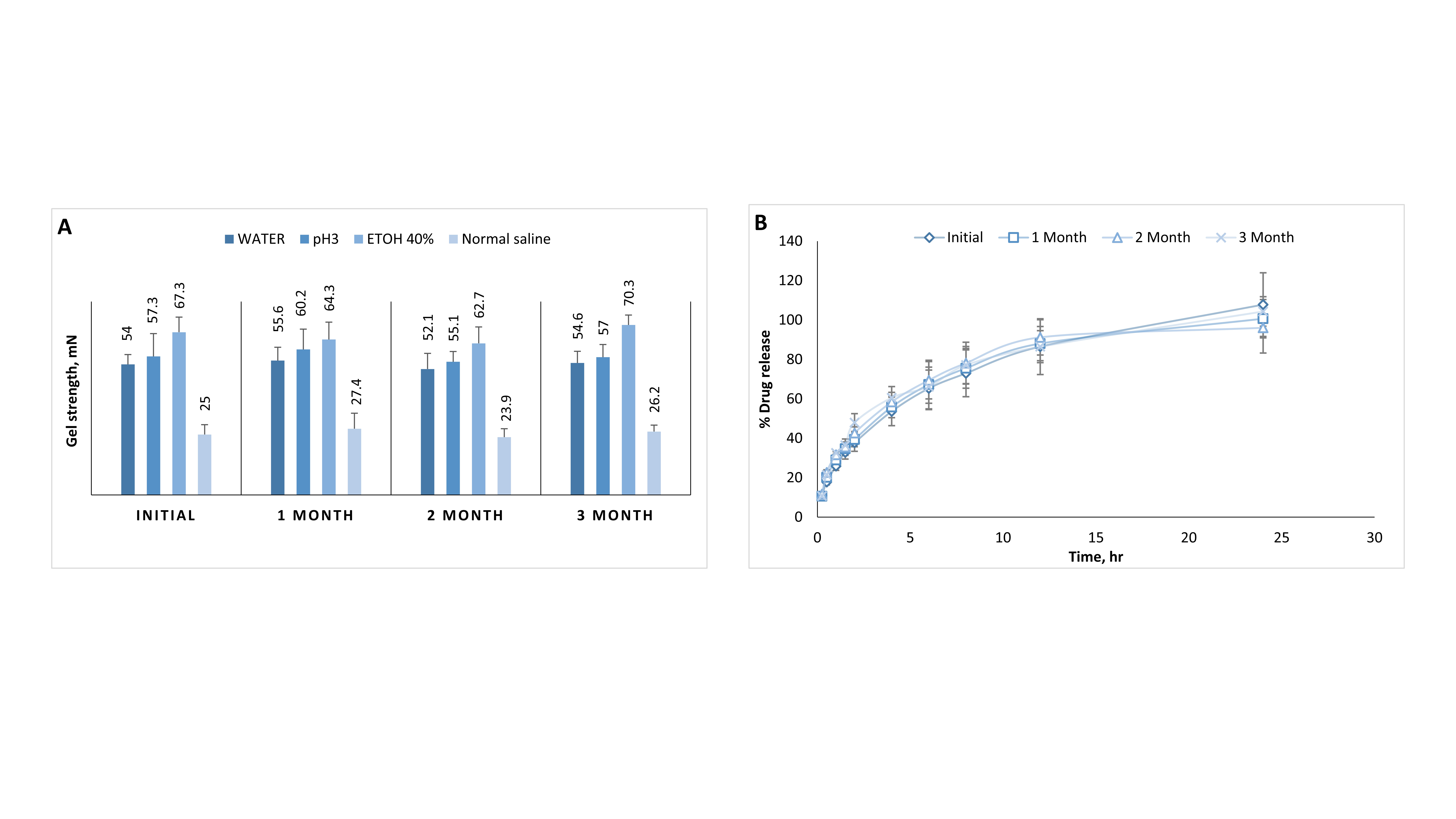