Purpose: The growth regime map considers the granule liquid saturation, Smax, and the Stokes deformation number, Stdef, as the two variables that determine the growth regime. While some experimental data have been reported, validation of the regime map boundaries remains elusive. The current study presents a methodological approach for quantifying the boundary between the "nucleation" and "induction" growth regimes.

Samples were taken at 0, 25, 50, 75 and 100% of the theoretical liquid addition, and at 1 min increments during wet massing. Samples were characterized for properties including porosity (GeoPyc® 1360, Micromeritics, Norcross, Georgia, USA) and particle size (laser light diffraction).


Results: Smax increased as L/S increased. At 0.55 L/S minimal increase in Smax occurred during wet massing indicating that the granules undergo minimal densification. This is an indication of a slowly deforming system with a long induction period. Increases in L/S to 0.70 and 0.85 result in rank order increases in Smax during wet massing. Minimal growth is observed at 0.55 L/S, with a subsequent rank order of increased particle size with increased L/S and Smax, indicating that at 0.55 L/S the system is predominantly in the nucleation regime, but at L/S >0.70 has transitioned to induction growth. The extent of granule porosity reduction during the wet massing time increased with increasing Smax (Figure-1).

The negative effects of the low compactibility are evident (Figure-2), with the tablets at 0.55 L/S having clear debossing and smooth surface. Tablets at 0.70 L/S showed minor pitting in the surface with the outline of individual granules becoming apparent. At 0.85 L/S individual granules are clearly evident in the surface, consistent with poorly compactible low porosity granules which do not deform sufficiently under compaction.

As Smax increases, or Stdef decreases, the granule porosity decreases. The corresponding tablet tensile strength also decreases. Figure-3 enables visualization of the nucleation to induction regime boundary in its most likely form; as a gradual transition in granule consolidation where the porosity of the granules decreases as additional binder liquid is added to the system, or excess impact energy is imparted onto the granules, leading to consolidation and movement of binder liquid to the granule surfaces.


Conclusion: A novel approach to understanding and defining the boundary between nucleation and induction growth of wet granules has been reported. In particular manipulating the L/S ratio, and monitoring the reduction in granule porosity as a function of wet massing time provides an effective approach to quantitating the boundary. Further analysis of Smax and compactibility data allows a critical granule porosity to be established as a basis for developing a control strategy. The attention to granule porosity allows a mechanistic interpretation of the growth behavior, rather than simply relying upon size measurements. The approach was successfully superimposed onto the existing growth regime map framework, and established that the boundary between regimes is seen as a gradual transition rather than abrupt binary state. 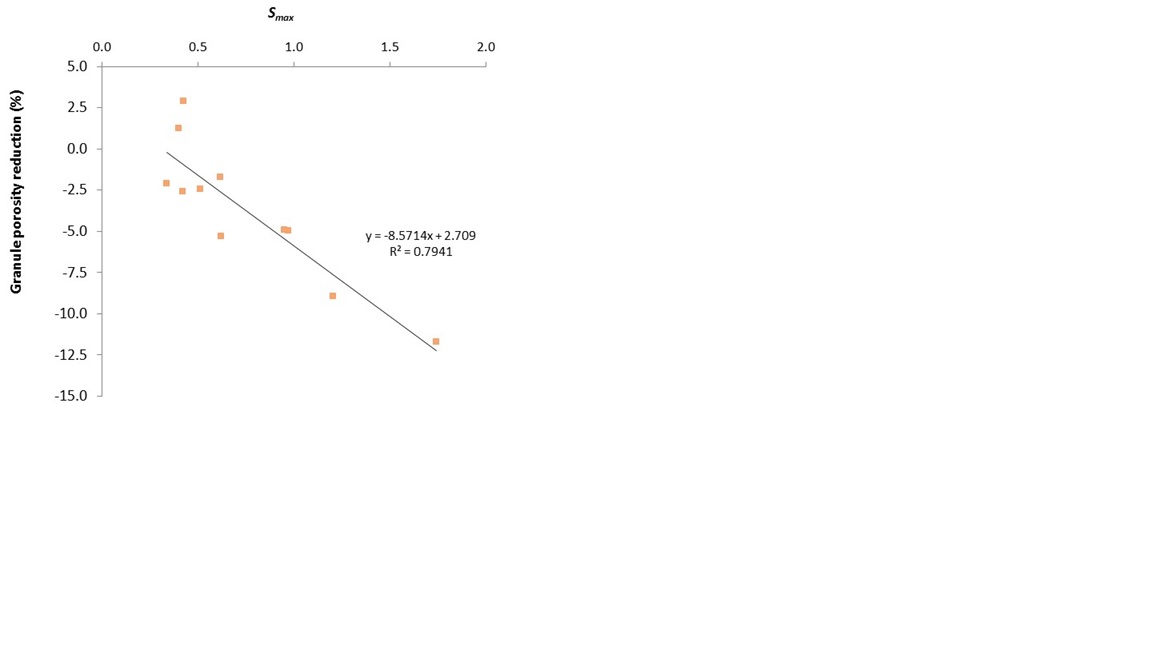 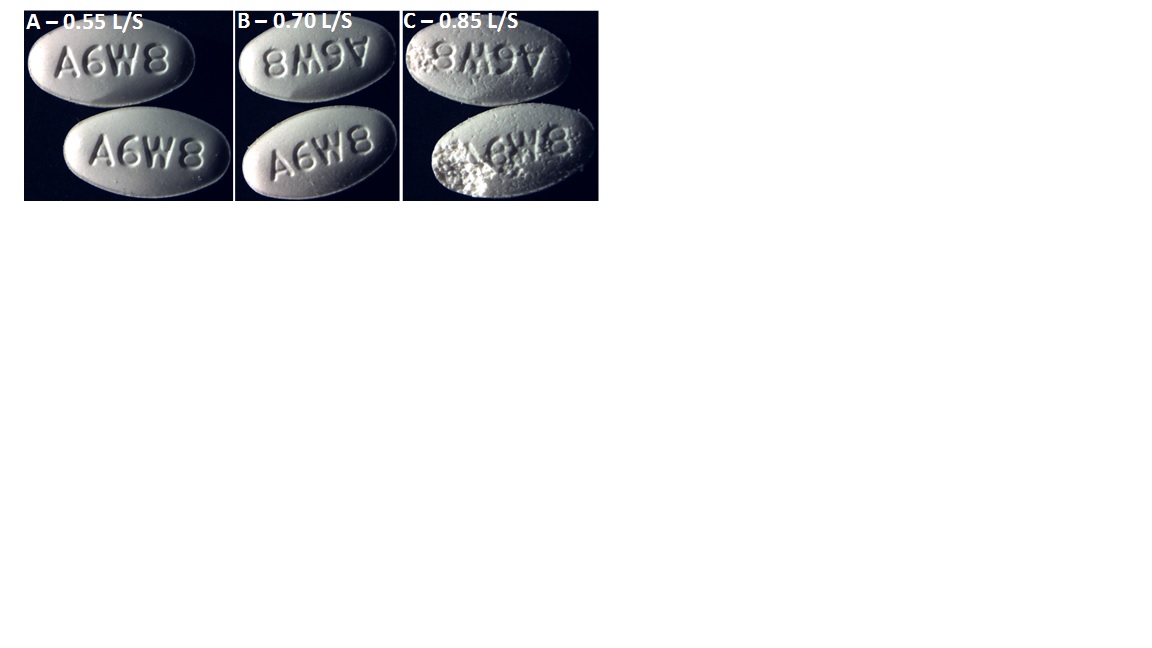 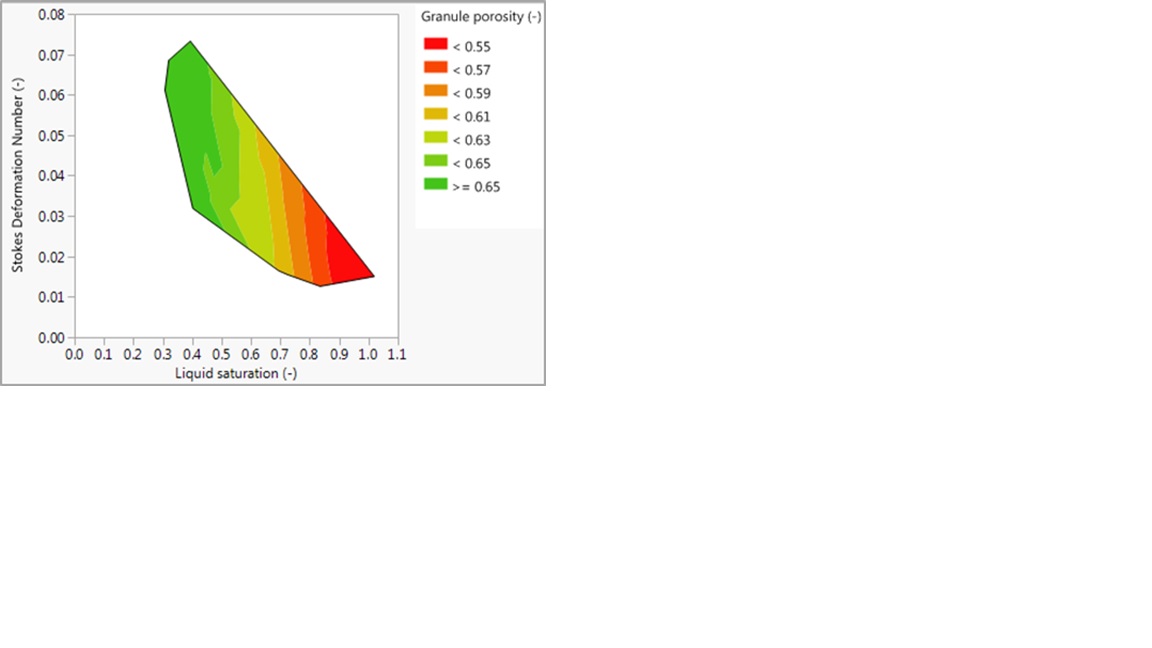