Purpose: Oxicams, BCS Class II drugs belonging to the class of NSAIDS (non-steroidal anti-inflammatory drugs) are potent hydrophobic compounds indicated in conditions of rheumatoid arthritis, ankylosing spondylitis and osteoarthritis in which rapid onset of drug action is desired to reduce inflammation and pain. However, many adverse effects (such as Nausea, upset stomach, diarrhea, dizziness etc.) are reported when they are administrated orally. The objective of this study is to develop deformable liposomes of meloxicam (model drug) to enhance the solubility and permeation for topical drug delivery across the stratum corneum for local (dermal), or systemic (transdermal) effects, to significantly reduce inflammation and pain and thereby greatly reduce the side effects.


Results: As summarized in Table 1, the deformable liposomes of meloxicam (MX) were composed of phospholipid (PL), cetylpyridinium chloride (CPC), cholesterol (Chol) and/or permeation enhancer menthol (Men), anti-oxidant poplyphenol-1 (PP-1) and polyphenol-2 (PP-2). Formulations 1 to 4 were prepared based on the studies conducted by Duangjit1. Formulation 5 was prepared to study the effect of menthol in the liposome formulation. Formulations 6 and 7 were made using two different polyphenol compounds, which acted as both anti-oxidants and additional anti-inflammatory drugs.


Conclusion: Different compositions of deformable liposomes have been developed with high drug entrapment rate, homogeneous particle size and improved solubility and permeability. The dermal and transdermal delivery using deformable liposomes can be a promising alternative to conventional oral delivery of NSAIDS with enhanced local and systemic onset of action and reduced side effects. 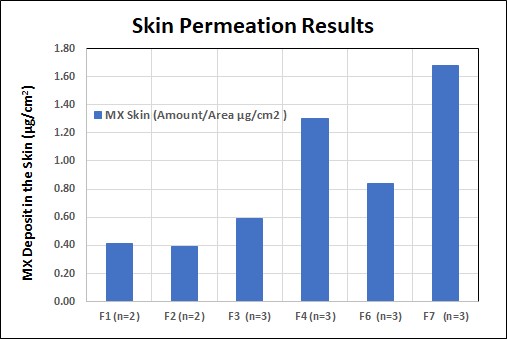 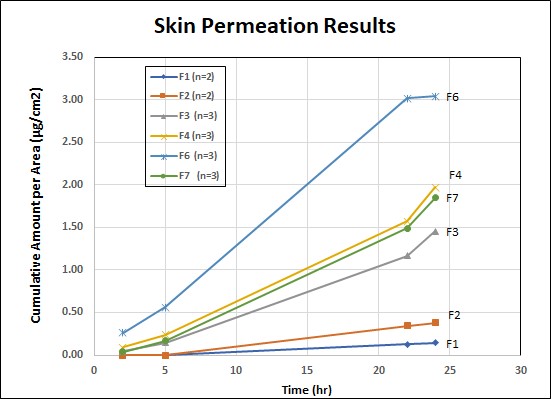