Purpose: A lack of understanding exists concerning the association between circulating lipids and the clinical outcomes of drug-resistant castration-resistant prostate cancer (CRPC). Although it is known that an increase in select circulating lipids correlate to decreased patient survival, neither the mechanisms mediating alterations in these lipids, nor the correlation to resistance to treatment, are well characterized. This gap-in-knowledge was addressed using in vitro models of non-cancerous, hormone-sensitive, CRPC and drug-resistant cell lines combined with quantitative HPLC-ESI-Orbitrap-MS lipidomic analysis. 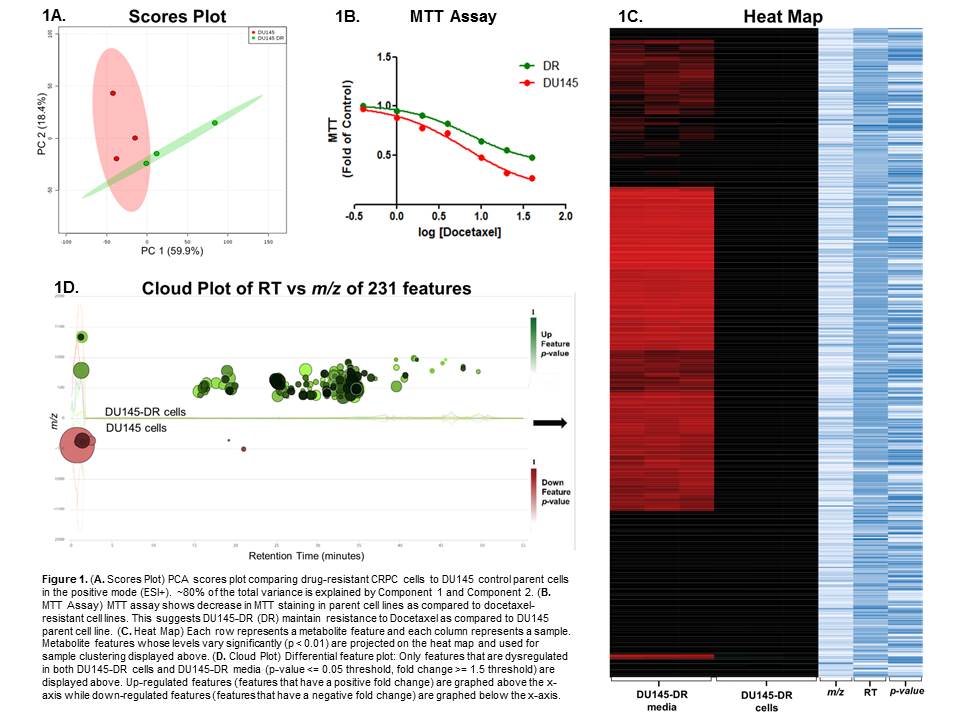 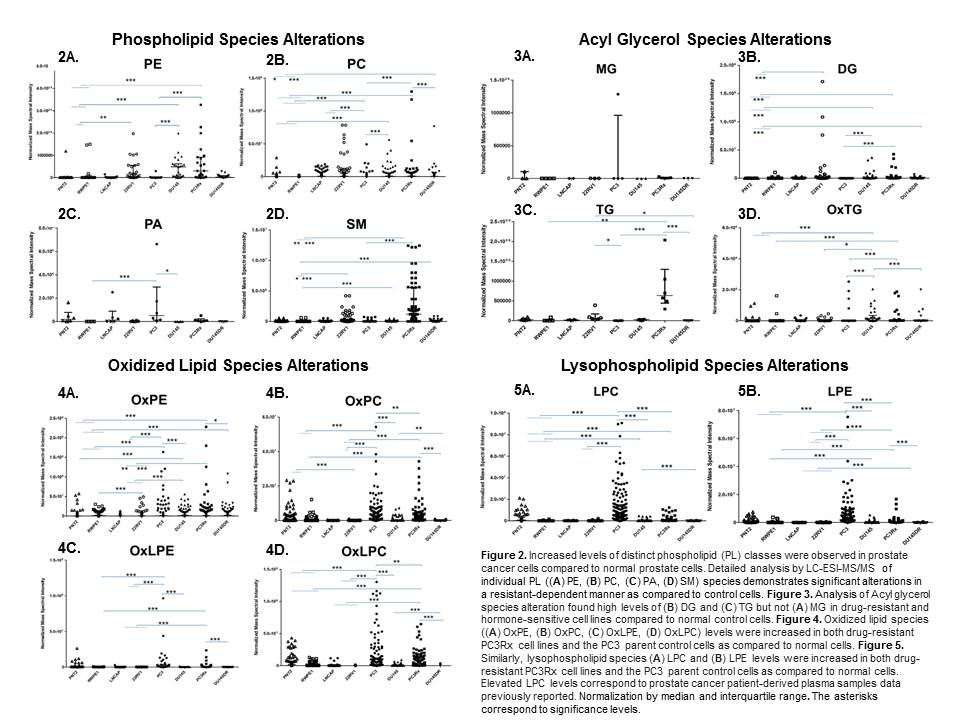 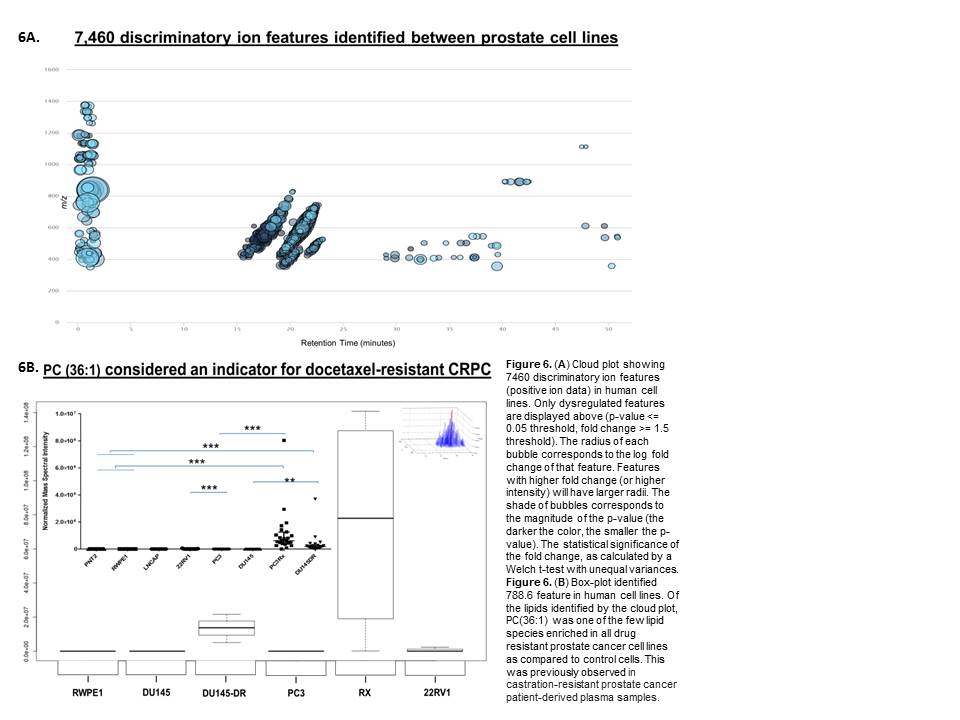