Purpose: DNA hypomethylating agents (DHA) like 5-Azacytidine (5AC) and decitabine (DC) are among the first line therapeutic agents in the treatment of myelodysplastic syndrome (MDS). Despite their similarity in chemical structure and mechanism of action, the cellular and clinical response to 5AC and DC are quite different and not solely dependent on DNA methylation reversal. We recently demonstrated that 5AC increases the enzymatic activity of the histone deacetylase (HDAC) SIRT6 and induces a genome-wide decrease in H3K9 acetylation in primary leukemia cells. In this study, we are investigating the hypothesis that DC induces genome-wide H3K9 acetylation decreases that are comparable to its congener 5AC. 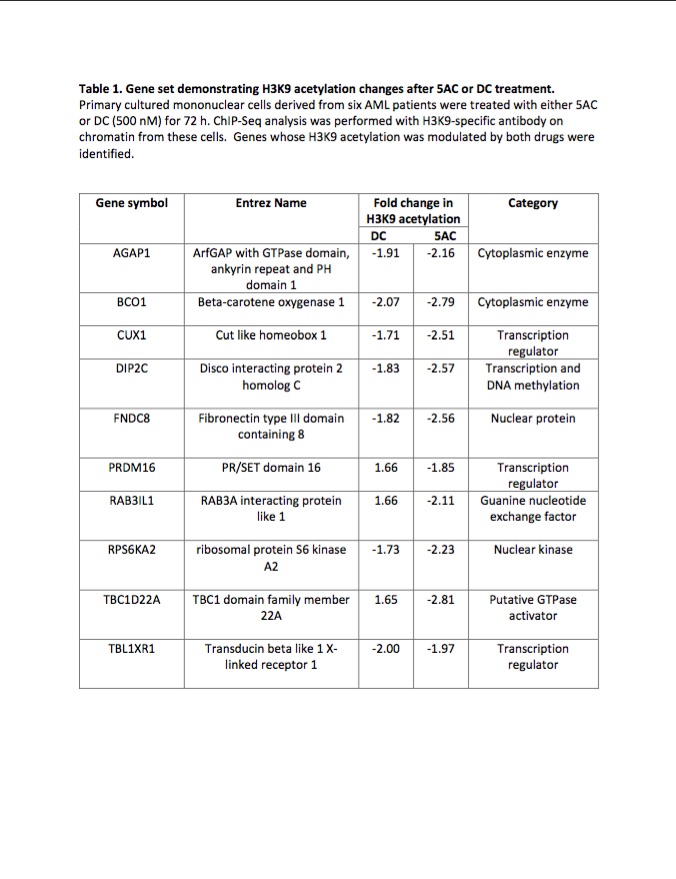