Purpose: Evaluate how fine engineered excipients may improve the blend and tablet properties, in particular, disintegration and dissolution of ibuprofen used as a model BCS II drug.


Conclusion: The effect of surface engineered excipients, DC-PH-105, showed significant improvement for blends properties like packing density and flowability for a multi-component formulation of ibuprofen. Further, the tablets made with DC-PH-105 demonstrated the highest tablet strength compared to tablets made from Avicel PH-105 and Prosolv 50. Finally, the tablets made with DC-PH-105 exhibit drastic improvement in dissolution although the effect on disintegration was not significant. 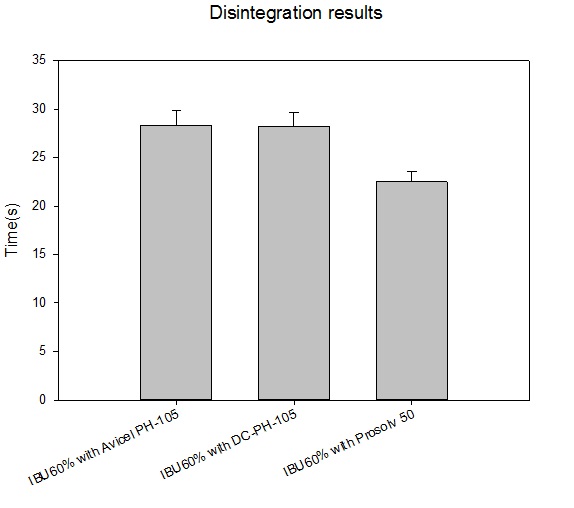 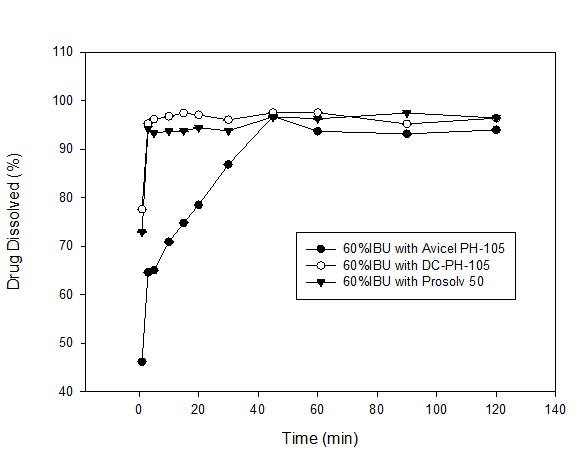