Purpose: Using a direct compression process after dry blending or dry granulation is beneficial compared to wet-granulation methods. It shows higher productivity in terms of simple process and total processing time, and it also gives a better stability when the active pharmaceutical ingredient (API) is sensitive to moisture and heat. However, when the API has a poor compressibility, high API-loaded tablets are not easy to prepare if the binder performance is insufficient. Methylcellulose (MC) is a conventional excipient that has been used for many years for the applications of wet-granulation binder, thickener and film coating. A new grade of MC, that has a smaller particle size and larger surface area, has been developed. The purpose of this study was to evaluate the smaller particle MC as a highly-compressible dry binder for use in a direct compression process.


Conclusion: The new grade of MC was found to significantly improve the compressibility in the direct compression of tablets. It can provide better tablet properties and also sufficient stability compared to other conventional dry binders even at a lower additive amount. It is suggested that the highly compressible MC is an excellent dry binder for use in dry compaction processes. 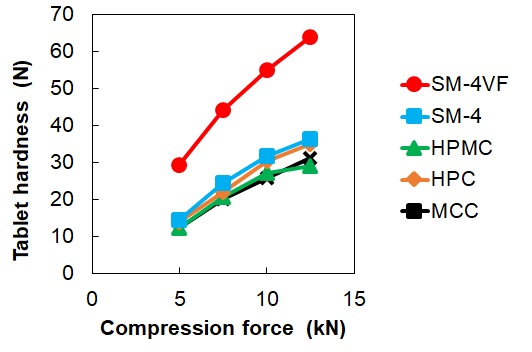 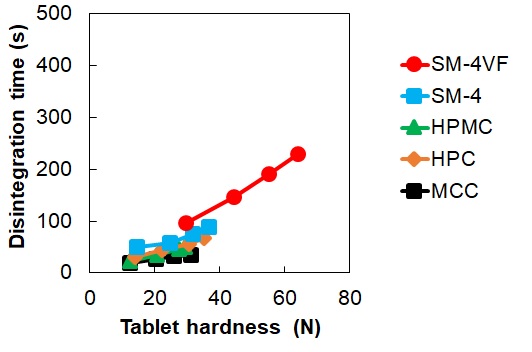