Purpose: Due to the low aqueous solubility of many new chemical entities, lipid based formulations (LBF) have generated significant interest as a way to increase oral bioavailability. However, suitable in vitro lipolysis testing remains challenging, with many methods producing results which are quite distinct from in vivo performance.[1] The objective of this study, carried out as part of the PEARRL European training network (www.pearrl.eu), was to develop a new and quick two stage in vitro lipolysis protocol to incorporate the absorption of drug in the small intestine, using a decanol layer. Nilotinib, a weakly basic drug, was selected as an appropriate model ‘brick-dust’ drug. Results were compared to a standard in vitro lipolysis experiment and the results from an in vivo rat study.[2]


Methods: Four lipid suspensions and one aqueous suspension were tested containing crystalline nilotinib. The biphasic lipolysis was carried out using the inForm (Pion Inc.) instrument, with the experimental setup shown in Figure 1. After the 60 minute intestinal sector, the pH was titrated back to pH 9 to determine the release of non-ionized free fatty acids. Drug was quantified in situ in real time by fibre optic UV dip probes.


Results: The release in the aqueous phase using the standard lipolysis method was not predictive of the in vivo performance,[2] whereas the release observed using the biphasic method was able to correctly rank the performance of the LBFs tested (Table 1). The release of the aqueous suspension remained under-predicted using the biphasic method. This was believed to be as a result of the rapid precipitation of nilotinib upon transition to intestinal conditions. An improved release of the aqueous formulation was found when the protocol was amended to omit the addition of the pancreatic extract. This eliminated the dispersion time between the shift to an intestinal pH and the introduction of the decanol layer, thus better capturing the transient supersaturated state. The area of the interface between the aqueous and lipid layers was approx. 19.63 cm2, much less than the surface area of the small intestine.[3] This hinders the in vitro ‘absorption' of drug during its brief supersaturated state, thus potentially leading to differences to the aqueous suspension in vivo results.


Conclusion: The novel biphasic lipolysis method offered an improved prediction of in vivo performance of nilotinib LBFs relative to standard lipolysis methods. Using in situ UV probes to quantify drug improves the throughput of the method as it avoided the requirement for centrifugation and HPLC analysis, facilitating a more rapid in vitro screening process of novel LBFs. 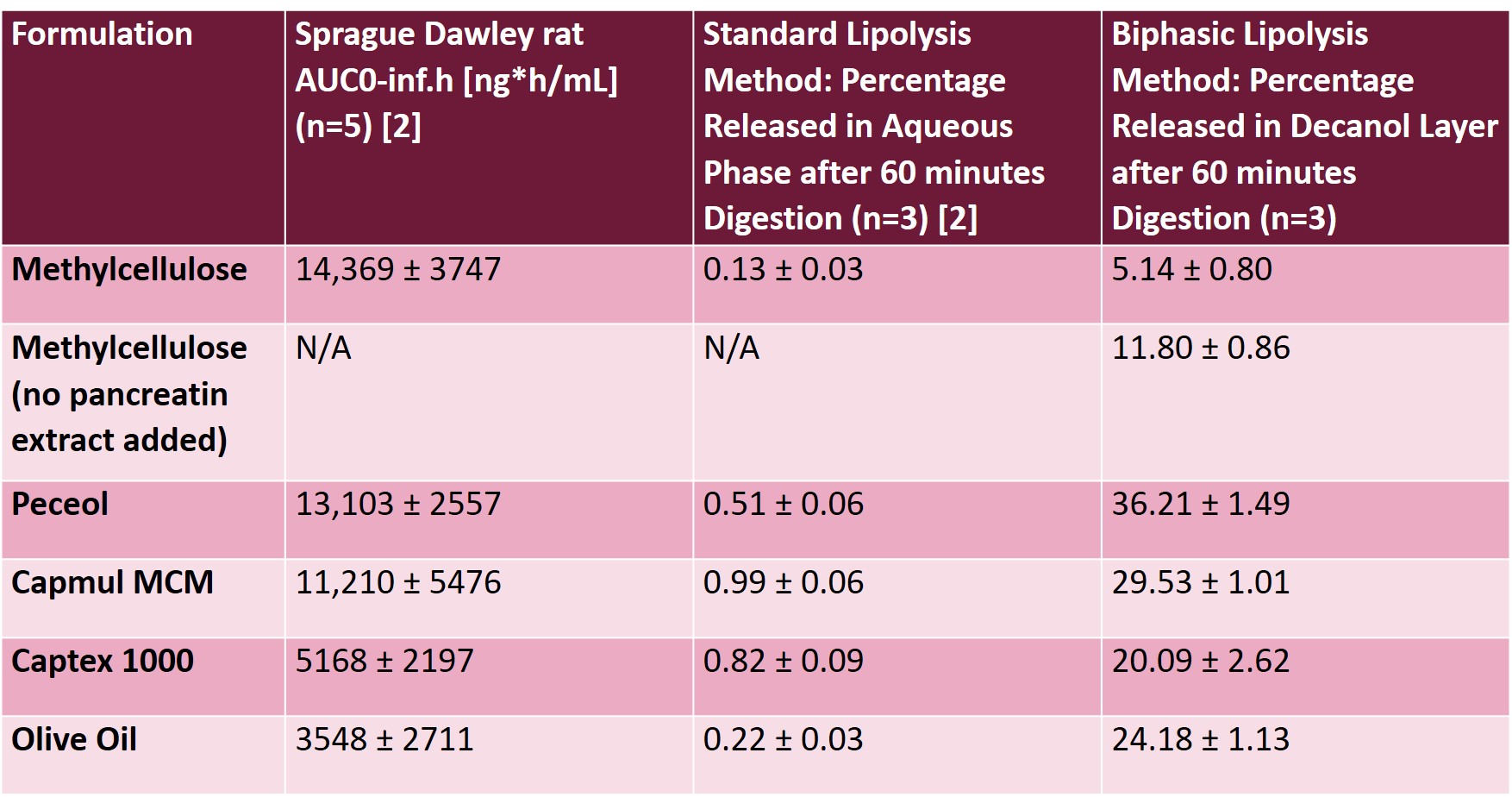 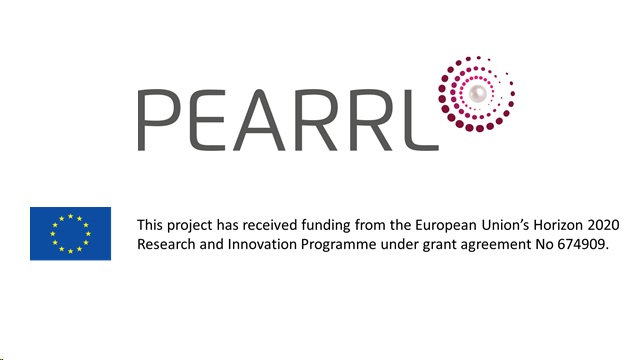