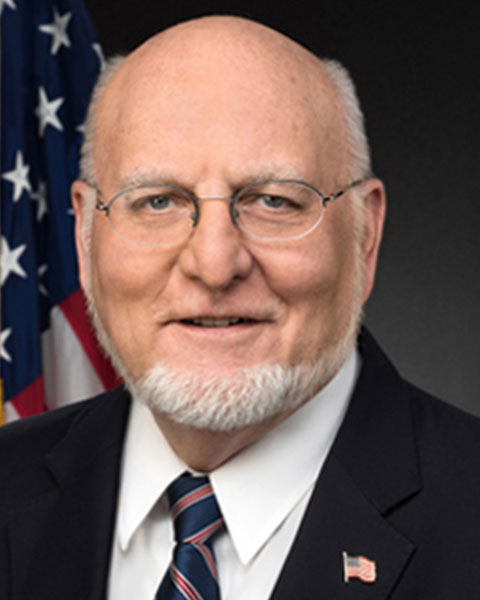 Dr. Redfield is the 18th director of the Centers for Disease Control and Prevention and administrator of the Agency for Toxic Substances and Disease Registry. He has been a public health leader actively engaged in clinical research and clinical care of chronic human viral infections and infectious diseases, especially HIV, for more than 30 years. He served as the founding director of the Department of Retroviral Research within the US military’s HIV Research Program, and retired after 20 years of service in the US Army Medical Corps. He then co-founded the University of Maryland’s Institute of Human Virology with Drs. William Blattner and Robert C. Gallo and served as the chief of infectious diseases and vice-chair of medicine at the University of Maryland School of Medicine. Dr. Redfield made several important early contributions to the scientific understanding of HIV, including the demonstration of the importance of heterosexual transmission, the development of the Walter Reed staging system for HIV infection, and the demonstration of active HIV replication in all stages of HIV infection. In addition to his research work, Dr. Redfield oversaw a clinical program providing HIV care and treatment to more than 5,000 patients in Baltimore and the District of Columbia. Dr. Redfield was a member of the President’s Advisory Council on HIV/AIDS from 2005 to 2009, and was chair of the International Subcommittee from 2006 to 2009. He is a past member of the Office of the National Institutes of Health’s (NIH) AIDS Research Advisory Council, Fogarty International Center Advisory Board, and the Food and Drug Administration’s Advisory Anti-Infective Agent Committee.