Registration for 2020 will open in September!

Make a Difference by Loving What You Do
Kenneth A. MacKenzie, PE

Confucius is credited with the ancient proverb “Choose a job you love and you’ll never work a day in your life.” Getting paid to do what you love is easier said than done, but choosing work that makes a difference in the lives of others that they then love is just as rewarding, and much more readily achieved—you are likely already doing it! Reflections on 50 years of employment as everything from dishwasher to airplane mechanic to executive director, and the transformational power of not necessarily doing what you love, but rather loving what you do. 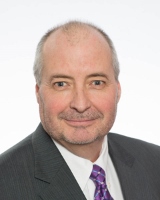 Ken A. MacKenzie, P.E., is the Executive Director of the Urban Drainage and Flood Control District (UDFCD), headquartered in Denver, Colorado. UDFCD covers over 1,600 square miles of service area along the Colorado Front Range and serves 7 counties, 36 cities and towns, 3,500 stream miles, and three million people (60% of the State’s population). Ken has worked for this organization since 1995 in a number of engineering roles related to the planning, design, construction, and maintenance of urban stormwater drainage and water quality infrastructure. Mr. MacKenzie holds an MS degree in civil engineering (with an emphasis on hydrology and hydraulics) from the University of Colorado. He serves on the Board of Directors for the National Association of Flood and Stormwater Management Agencies (NAFSMA) and on the Board of Directors for the Urban Watersheds Research Institute (UWRI). He has been active in the American Society of Civil Engineers’ Environmental and Water Resources Institute (ASCE-EWRI) for over 20 years.

Do I Really Own This? Perspectives of a Large Project Owner
Janet Kieler

This keynote will focus on unique erosion control challenges faced today by the City and County of Denver's Department of Aviation, owner and operator of Denver International Airport (DEN). DEN is a unique property. At 53-square miles it is the second largest airport in the world and the biggest in the United States at almost twice the size of its domestic runner up, Dallas Fort Worth International Airport. As the last major international airport built in the US, and one that was designed to remove the space constrains posed by the former airport, the land disturbance associated with original construction was massive and largely uncontrolled, given the pre-permitting era in which it was built. Now, after opening its doors more than two decades ago, the culture of ownership around the built environment is making its way to the unbuilt environment and bringing renewed success to land management practices. 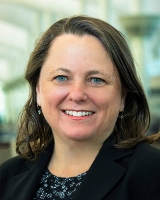 Janet Kieler, Director of Environmental Programs, Denver International Airport, BS Environmental Engineering, Registered Professional Engineer State of Colorado Janet is the Director of Environmental Programs for Denver International Airport (DEN). In this role she helps DEN to protect the environment in which it operates. Janet leads the systematic management of environmental aspects, develops strategies for environmental performance, and resolves complex business issues. In meeting DEN’s environmental goals and objectives Janet manages an operating budget of $5.5M that includes a staff of 13. Janet served for 11 years as the Permits Section Manager for the Water Quality Control Division of the Colorado Department of Public Health and Environment (CDPHE). In this role she was responsible for the issuance of NPDES and State permit actions, compliance monitoring, data management, and business processes. During her tenure Janet leveraged the program to develop a capacity to issue 5,000 permit actions per year and managed 30 staff. Janet also worked previously at DEN and in private consulting and supplements her water quality experience with work on a number of NEPA, air quality, CERCLA and engineering design and construction projects. Janet currently serves as a member of the Committee of the National Academies of Science, Engineering, and Medicine conducting a study for EPA Improving the Next-Generation EPA Multi-Sector General Permit for Industrial Stormwater Discharges. Janet currently serves as a member of the Board of Directors of the Metro Wastewater Reclamation District as appointed by the Mayor of Denver. Janet is a registered professional engineer in the State of Colorado and is a graduate of Northwestern University’s McCormick School of Engineering and Applied Science. She is a seasoned volunteer instructor with the National Sports Center for the Disabled and regularly contributes through her volunteerism to the mission of Special Olympics Colorado.