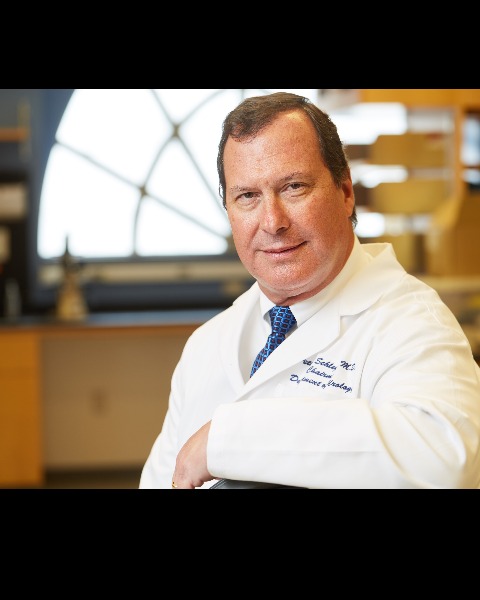 Peter N. Schlegel, M.D., FACS, is the James J. Colt Professor and Chairman of Urology at Weill Cornell Medicine. A member of the AUA since 1985, Dr. Schlegel has provided substantial contributions to a number of fields in urology including treatment of prostate cancer, hormonal condiitions and male infertility. His infertility work has correlated genetic abnormalities with treatment results for infertile men, developed hormonal therapies, and identified novel techniques for sperm retrieval for azoospermic men. He has published over 300 original manuscripts and dozens of book chapters, while previously or currently serving on Editorial Boards (including the Fertility & Sterility Journal of Urology, AUA Update, and BJU International) and is former co-Editor of the Journal of Andrology. He is a former trustee and Vice-President of the American Board of Urology and was a senior consultant to the Examination Committee of the AUA (American Urological Association)/ABU (American Board of Urology.) He has been a President of several societies, including the American Society for Reproductive Medicine, Society for Male Reproduction/Urology, Society for Reproductive Surgeons, Publications Committee of the AUA and the Society for the Study of Male Reproduction. He has been the Ethicon Plenary speaker for ASRM, received the Established Clinician Award from ESHRE, as well as Barringer Award from the American Association of Genitourinary Surgeons and many other awards. He has presented abstracts at every AUA meeting for the past 30 years. Dr. Schlegel has been a visiting professor, lecturer, and invited speaker at countries throughout Asia, the South Pacific, South America, Europe, and the Middle East. In 2017, Dr. Schlegel was appointed Sernior Associate Dean for Clinical Affairs at Weill Cornell Medicine.