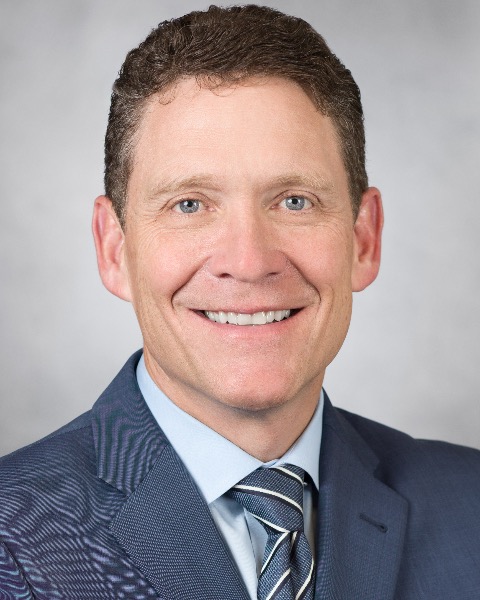 Christopher J. Kane, MD, FACS, Dean of Clinical Affairs and CEO of UC San Diego Health Physician Group. Professor and Chair, Department of Urology, Joseph D. Schmidt MD Presidential Chair in Urology
Dr. Kane completed his urology residency at Oakland Naval Hospital and UC San Francisco. He earned his medical degree at Uniformed Services University and his BS degree in mechanical engineering at UC Davis. Kane served as the Urology residency director at the Naval Medical Center in San Diego from 1995-2001. He was also the Surgeon General’s Advisor for Urology from 1998-2001. Dr. Kane then joined the faculty at UCSF, where he was Division Chief at the VAMC San Francisco and practiced at the UCSF Comprehensive Cancer Center from 2001-2007. He joined UCSD as Division Chief of Urology in 2007. Under his leadership the Urology program has expanded significantly in every domain including clinical, educational and research and is now highly ranked nationally. Urology became a clinical department in 2013 and became a new academic department at UCSD in 2017 with Kane as the founding Chair.
He is on the NCCN treatment guidelines in prostate cancer committee. He was elected to American Association of GU Surgeons in 2014 and to the Clinical Society of GU Surgeons in 2017. He was selected as a “Top Doctor” in San Diego in 2008-2017 and was selected as one of two Physician Healthcare Champions for 2010 in San Diego by the San Diego Business Journal. He was awarded the Distinguished Engineering Alumni Medal by UC Davis in 2011. He is a retired Navy Captain and a decorated veteran of Desert Storm. Dr. Kane has authored more than 320 publications and book chapters, primarily on prostate cancer risk factors and outcomes, prostate cancer surgery, and minimally invasive surgery for prostate and kidney cancer.