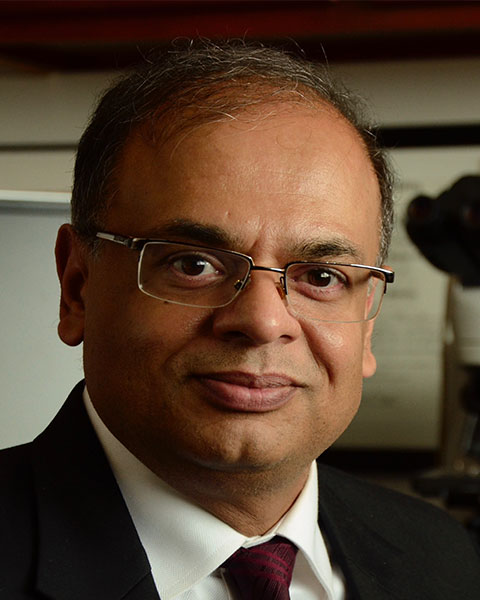 Dr Amin is the Professor and Chair of the Department of Pathology and Laboratory Medicine, Professor of Urology and the Gerwin Endowed Chair for Cancer Research at University of Tennessee Health Sciences Centre. He is a national and international consultant in tumors of the genitourinary tract, including prostate, urinary bladder, kidney, and testis. Dr. Amin is a world-renowned expert and educator in genitourinary pathology having co-authored the 2002 World Health Organization (WHO) classification systems for urothelial tumors and renal neoplasms (authored 7 chapters); and the 2016 WHO classification systems for tumors of the prostate, bladder, kidney, penis and testis (authored 21 chapters). Dr Amin was the co-first author on the new Prostate Cancer Foundation sponsored proposed classification for neuroendocrine tumors of the prostate. Dr Amin was involved in developing the 7th (2010) edition and 8th (2017) edition of the AJCC TNM staging of prostate cancer; he was a co-organizer and co-author of the influential International Society of Urologic Pathologists Consensus Conference papers on Gleason Grading of Prostate cancer (2004 and 2014 meetings). Thus, Dr. Amin has for over two decades helped set the standards of grading and staging of prostate cancer which are vital for appropriate management of prostate cancer patients around the world. Dr. Amin has also co-authored 12 books (two in their second and third editions) including two Armed Forces Institute of Pathology (AFIP) fascicles, two major texts in urologic pathology and a monograph on Gleason grading of prostate cancer. He has authored over 325 publications and 65 book chapters. Dr. Amin is a much sought of as a speaker and has given over 352 pathology grand rounds, lectures and workshops. He has extensively spoken around the world and lectured in 30 countries and 63 cities outside of the US.