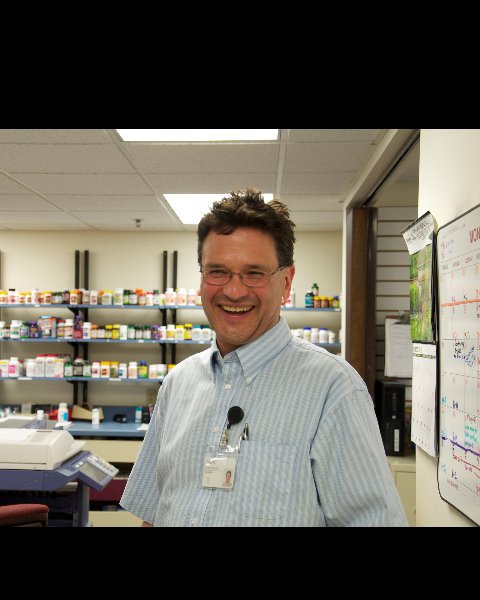 ALAN LUKAZEWSKI BIO
Alan joined the WEA Trust in February 2015 as the Director of Clinical Pharmacy. Since joining the Trust he worked with his internal staff and pharmacy account team to implement several programs to manage cost and safe use of medications, including a program to reduce the risk of people becoming addicted to opiates. His knowledge in adverse drug events has led to the Trust applying analytics to identify value in pharmaceuticals by avoiding drugs with higher downstream medical costs. The Trust has also matured efforts in medication non-adherence using analytics, member outreach, and motivational interviewing to help manage specialty medication costs. He has also managed costs to a historic low trend over the last there year, which has led to lower premium costs for Trust members.


Prior to joining WEA Trust, Alan worked at Oakwood Village for 13 years (2001-2015) as Director of Pharmacy Services. He’s worked with seniors for over twenty-five years in a variety of settings. He’s a University of Illinois graduate and a Diabetes Health Educator. He strongly believes in holistic care and the importance of trying non-drug interventions whenever possible. Alan’s close ties with the University of Wisconsin Schools of Medicine and Pharmacy and his role as a service learning instructor, provided him with up to date, researched based information about drug treatments and protocols.
Alan has attained and maintains certification in diabetes health education (1993) and geriatric pharmacy practice (2009). He has been Chair of the Pharmacy Society- Long Term Care Section, and has participated in the United Way Safe and Health Aging Delegation (2009- 2014). He received the 2012 Leadership Award from the Dane County Department of Public Health for his work in the community increasing the awareness of adverse drug events in older adults and helping form a collaborative between United Way-Dane County and PSW to train and involve pharmacists to do comprehensive medication reviews in older adults in order to reduce the risk of adverse drug events and falls.

Other professional experience includes working in long term care as a consultant with Weber Medical in Chicago (1984-1988), in retail pharmacy with Shopko Stores, Inc. (1989-1995) and PharMerica as Pharmacy Manager (1995-2001), a leading national long term care pharmacy provider. Alan is a member of the American Society of Consulting Pharmacists, Pharmacy Society of Wisconsin (PSW), and the American Association of Diabetes Educators.