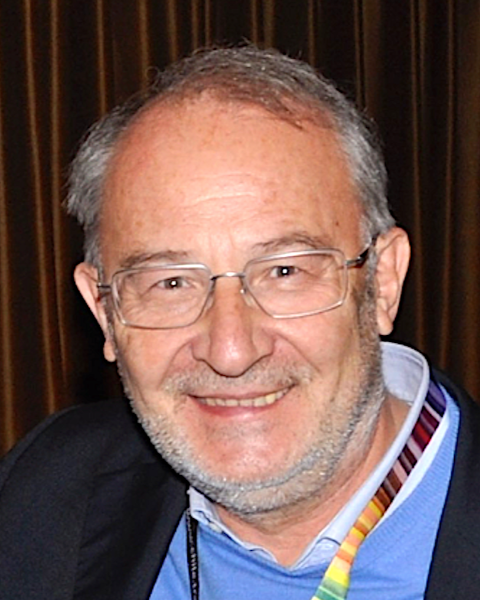 Aldo Vezzoni, Med. Vet., S.C.M.P.A., Dipl. ECVS, Orthopedic Referral Centre, Cremona, Italy
Degree in Veterinary Medicine in 1975, University of Milan, specialization degree in Small Animal Medicine (S.C.M.P.A.) in 1978, University of Milan. Board Certified by the European College of Veterinary Surgeon in 1993 in Cambridge. In 1976 founded his veterinary practice in Cremona where he is working as a referral specialist in orthopaedics since 1993. President of the Italian Small Animal Veterinary Association (SCIVAC) in 1989-1991, Secretary of the European Society of Veterinary Orthopaedics and Traumatology (ESVOT) from 1993 and President from 2006 to 2008 and again Secretary from 2012 to nowadays. Editor of OrthoVetSuperSite, the educational website of ESVOT since 2007. Secretary of SIOVET (Italian Veterinary Orthopaedic Society) from 2004 to 2007 and President from 2007 to 2012. Member of the Technical Commission of the Italian Kennel Club from 2000 to 2012. President of Fondazione Salute Animale (FSA) and Chairman of the FSA Panel for Canine Hip and Elbow Displasia Official Control since 1995. Orthopaedic consultant at the Veterinary School of Vienna in 2010 and 2011, Associate Professor in Orthopedics at the Veterinary School of Milan since 2009. Speaker in several national and international meetings and Author on orthopaedics, radiology, surgery. His main interests are early diagnosis and treatment of Hip Dysplasia and Elbow Dysplasia and Joint Replacement. Recipient of the 2013 ACVS Merit Award in San Antonio, Texas, 24th October 2013, for his sustained and distinguished contributions to the art and science of veterinary surgery.