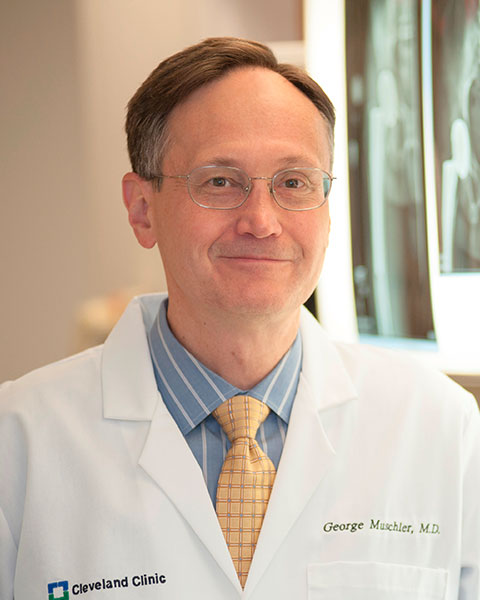 Dr. Muschler has lead in the development of several multi-institutional collaborative translational networks, founding and leading the Ohio-based Clinical Tissue Engineering Center (2005-2012), and serving as the founding Co-Director of the Armed Forces Institute of Regenerative Medicine (AFIRM) (2008-2011), a national network funded by the Department of Defense and dedicated to the accelerated development of improved therapies to serve wounded warriors.

Dr. Muschler earned his undergraduate degree in Chemistry at the University of Illinois in Champaign-Urbana and his M.D. at Northwestern University School of Medicine in Chicago, Illinois. He completed his residency in Orthopaedic Surgery at the University of Texas Southwestern, Dallas, Texas, and fellowships at Memorial Sloan Kettering Cancer Center and the Hospital for Special Surgery in New York.