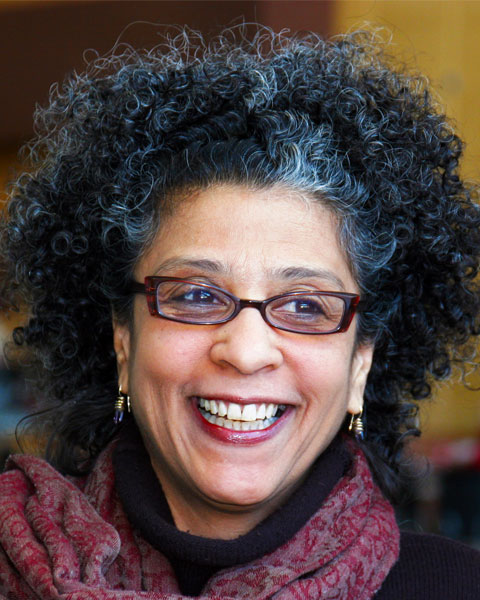 Joanne Jones-Rizzi currently serves as the Vice President of STEM Equity and Education at the Science Museum of Minnesota where she leads the museum’s education initiatives, ensuring that they achieve maximum impact and are equitably accessible for all audiences.
Jones-Rizzi has a decades-long career working on systemic, ecological change within museums, specializing in expanding meaningful access through exhibitions relevant to audiences who do not yet think of museums as their cultural institutions. In her previous role as Director of Community Engagement at the Science Museum of Minnesota, she led a group that is committed to being intentional about defining community and creating approaches that advocate equitable access, reciprocity, meaningful participation, and cultural relevance to a broad range of communities. Before coming to the Science Museum of Minnesota, Jones-Rizzi was an exhibit developer and cultural program director at the Boston Children’s Museum, where she led an initiative that addressed the institution-wide politics of inclusiveness, ranging the full spectrum from community partners to the museum’s board of trustees. She has also written numerous articles exploring ideas related to identity, race, and community.
Jones-Rizzi is the co-creator and concept developer of several award-winning exhibitions, including The Kid’s Bridge (Boston Children’s Museum, 1990), The Kid’s Bridge (Smithsonian Institution, 1992), Boston Black: A City Connects (Boston Children’s Museum, 2004), and RACE: Are We So Different? (Science Museum of Minnesota, 2007 with a national tour through 2015). She advises museums nationally and internationally on culture, identity, anti-racism, exhibition development, and community engagement.