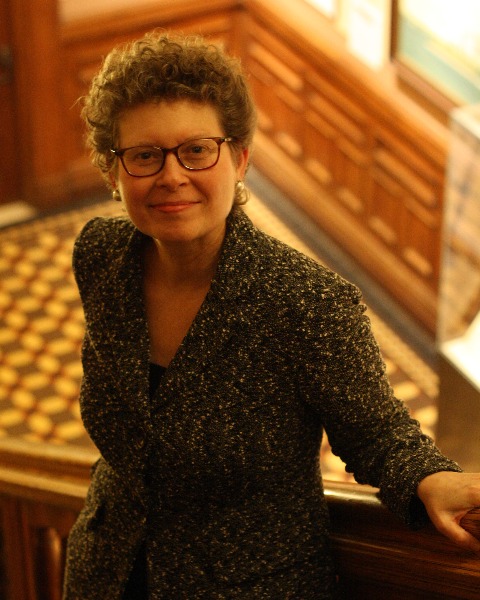 Deborah Schwartz is President of Brooklyn Historical Society. Since 2006, Ms. Schwartz has been responsible for re-envisioning Brooklyn’s premier history museum, overseeing award-winning projects including BHS’ Oral History Portal; Teen Innovators in partnership with the Brooklyn Navy Yard, (recipient of the 2017 National Arts and Humanities Youth Program Award); Students and Faculty in the Archives; and BHS popular evening programs. In 2017, BHS launched a satellite museum in the Empire Stores building in DUMBO, with a focus on the history of the Brooklyn Waterfront.
Ms. Schwartz has taught graduate seminars at NYU, Bank Street College of Education, and Johns Hopkins University. She has conducted workshops on museum leadership in China and the Ukraine. From 2002 to 2006 she served as the Edward John Noble Foundation Deputy Director for Education at the Museum of Modern Art. In 2002, she curated the critically acclaimed exhibition, Art Inside Out for the Children’s Museum of Manhattan. From 1983 to 2000 Ms. Schwartz worked at the Brooklyn Museum, where she was Vice Director for Education and Program Development. She has published articles on teens in museums, partnerships and community building. Ms. Schwartz is currently on the Board of the Mid Atlantic Association of Museums. She is the recipient of the 2018 Herbert H. Lehman Prize for Distinguished Service in New York history, New York Academy of History.