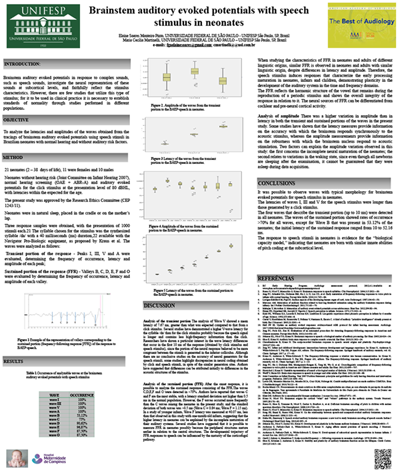 Auditory brainstem potentials to complex sounds, such as speech, assesses the neural representation of these sounds at subcortical levels and faithfully reflects the stimulus features. The aim of this study is to analyse the latencies and amplitudes found in the auditory brainstem potentials, in response to speech stimuli in neonates. Twenty-one neonates were evaluated. The Auditory Brainstem responses for the syllable /da/ were obtained and the results were analysed according to occurrence of the waves, latency values and amplitude variation.