Cyst  Hydatid is a zoonotic disease which is endemic to the Mediterranean,Africa. It is most commonly seen in the liver and lung, but It can be rarely seen in the retroperitoneal area. Primary adrenal gland hydatid cyst, although it is very rare.We will present a laparoscopic partial adrenalectomy to a patient with adrenal Hydatid Cyst  .

A 46 year-old male patient came to our clinic with right side pain and back pain. Physical examination findings were normal. Analysis and examination were performed because of the mass seen in the  adenal gland in USG. In the right adrenal of the CT, a 5x6 cm sized adrenal mass with contrasting wall was detected. The MRI was had for re-evaluation. In MRI, adrenal cyst was reported with high intrinsic density. Patient's routine endocrinologic evolution should be performed to exclude active lessons. The operation decision was made because of the size of the cyst, being symptomatic and contrast enhancement of the cyst wall

The patient was in the right supine position for transperitoneal right partial adrenolectomy. After standard 3 trocar ingestion,  superomedially 5mm port was placed for liver retraction.Kidney, adrenal mass and Vena cava inferior were seen.The cyst was released with the help of a laparoscopic hook electrode and harmonic scissors.After the lateral, anterior, and posterior wall of the cyst was released, the right adrenal vein was seen, and it was released and protected.Subsequently, the cyst was clamped from the adjaceny with vena cava inferior. The mass was separated from the tail of the adrenal gland by using the harmonic scissors. After the bleeding control, the surgicel was placed in resection area.. The mass was taken out. It was detected that the duration of the operation was 40 minutes and the bleeding was 50 ml. Since there was no post operative bleeding, the drain was removed at 24th hours. The patient was discharged on the second day. The pathologic  result was hydatid cyst. Hydatid cysts were not observed in other organs. The patient's 1,3,6 months controls was assessed as normal.

In solutary adrenal, bilateral adrenal tumor and some familial genetic diseases, partial adrenalectomy is the recommended treatment method  for selected patients. However, with the development of minimally invasive techniques, organ conservation surgeons are becoming increasingly widespread. We believe that endocrinologically inactive adrenal masses, clearly separated by imaging methods , parsial adrenalectomy can be performed. Large series of reports are needed for the evaluation of partial adrenalectomy. 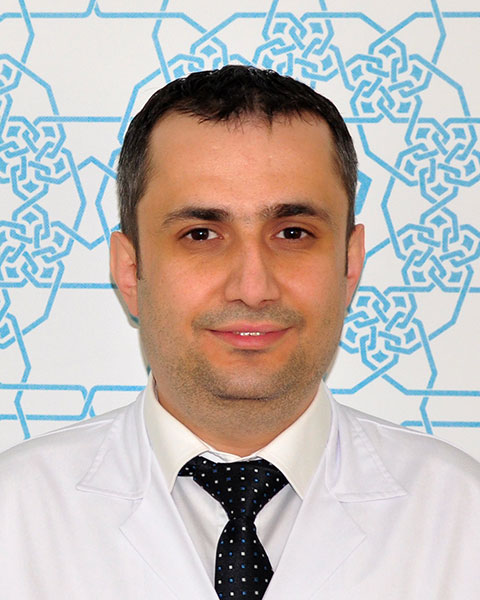