MP24-7 - Use Of Dormia Basket To Guard Against Stone Retropulsion : Assesment And Outcome.

Introduction & Objective : Ureteroscopic lithotripsy is considered as the first line treatment for ureteral stones that fail to respond to medical expulsive therapy or SWL.During ureteroscopic lithotripsy, possibility of stone retropulsion or upward migration limit the success rate to a minor extent,to guard against this problem, many devices were used as a solution to this problem.We used the basketed stone entrapment on purpose to avoid proximal stone migration during ureteroscopic pneumatic lithotripsy . Our aim is to  evaluate the efficacy and safety of a novel benefit of the dormia basket by  using it on purpose to guard against proximal stone migration.

Our retrospective study was conducted between January 2015 and  March 2017 at Minia university hospital. 282  patients who underwent ureteroscopic removal of ureteric stones were included in the study . Patients were categorized  into two groups; group 1 (162 patients) in whom  basketed stone entrapment was used  to prevent stone migration, and  group 2 (120patients) served as control group in whom no additional anti-retropulsion devices were used . Retropulsion was considered when stone ≥5 mm migrates to the kidney.

This study included 282 patients. The patients were divided into two groups, group 1 included 162 patients assigned as treatment group  , and group 2 included 120 patients assigned as control group. The mean stone burden was 13.1±4.2 ,ranging from 6.5-16 mm, while it was 13.8±3.5 in control group with no statistically significant difference (P 0.7). lower ureteric stones were 64.2% and 63.3%, while upper ureteric stones were 13.6 % and 13.3 %.respectively. Calcium oxalate stones were the predominant stone composition (52.5%). We recorded a significant difference regarding the  operative time ,with mean  operative time 58.3±12.4 and 50.9±11.2 in both groups respectively. Retropulsion rate (fragments of ≥5 mm) showed a significant difference among both groups recording 1.2 %  (2 patients) in group 1,those patients were underwent SWL compared to 30 cases (25%) in the control group ,in whom SWL was done for 21 patients, and 9 patients referred to flexible ureteroscopy. Minor mucosal lacerations was recorded in 16.6 % and 14.1% in group 1 and group 2 respectively. In group 1  we recorded 4 cases in which inadvertently, wires of the dormia were torn without any hazards to the ureter.


Conclusions : We concluded that using on purpose basketed stone entrapment uring  ureteroscopic pneumatic lithotripsy is feasible, efficient and reproducible tool in preventing proximal stone migration with minimal morbidity , and with minimal or no extra cost. 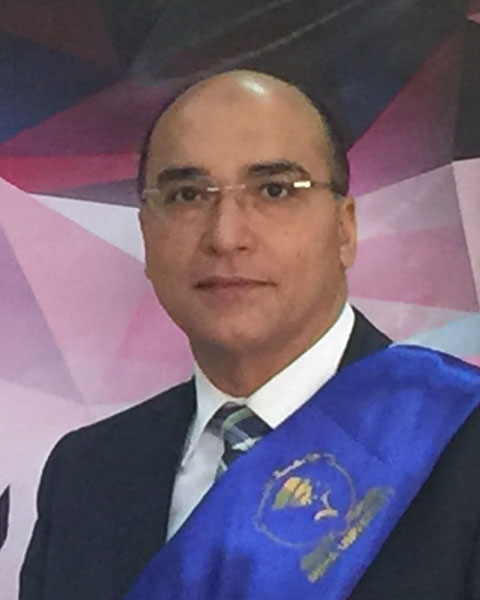 In 2008 i graduated for M.D. urology then work as assistant professor since 2016 till now

Also i am worked as a consultant of urology,Aljazerra hospital,KSA