Structural fire engineering has long relied on a prescriptive approach based on isolated member behavior under continuously heating standard fire. By definition, this approach does not allow comprehending the effects of interaction between members of a complete structure nor the effects of real fire exposure. Yet, such effects can have a significant influence on the response of real buildings to fire. Notably, when a structure has survived a fully developed fire, the cooling phase that inevitably follows generates effects that may endanger the structure stability. This has been attested by real structural collapses and poses a specific threat to firefighters. However, the behavior of structures under natural fire and the causes of failure during cooling are still not well understood. This research investigates the response of steel-framed structures to natural fires with the aim to analyze the possible collapse mechanisms during cooling. Numerical simulations by nonlinear finite element method are conducted for different fire scenarios and structural designs. The simulations model the thermo-mechanical behavior of the frames accounting for the interaction between members during the entire fire duration until burnout. Different collapse mechanisms during cooling are highlighted and discussed, including connection failure and progressive collapse under localized fire. In the latter case, collapse of members not directly affected by the fire occurs during the cooling phase. These mechanisms result from a complex combination of several factors, such as the recovery of thermal elongation, the recovery of stiffness, and the prior development of permanent strains in the heated members. The results show that steel-framed structures are subject to collapse during the cooling phase of natural fires. Therefore, natural fires with heating-cooling sequences represent a loading case that should be considered in structural fire analyses and could lead to specific design provisions to prevent the occurrence of collapse during cooling. 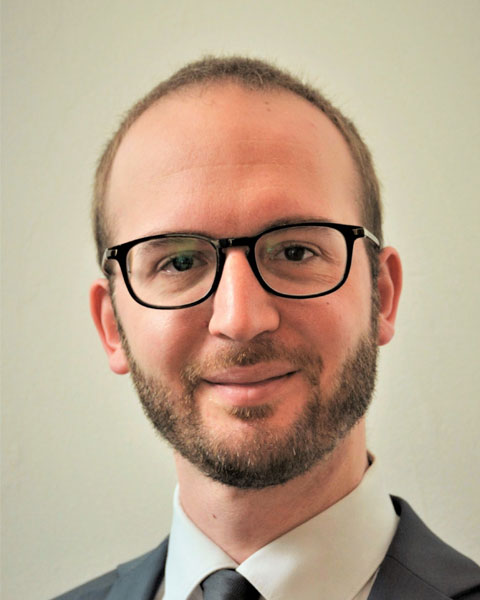 Thomas Gernay is an Assistant Professor in the Department of Civil Engineering at Johns Hopkins University. He is most interested in improving the resilience of the built environment and specializes in structural fire engineering. His work focuses on the development of computational modeling techniques and risk-based methodologies for the analysis and design of structures under fire and multi-hazard scenarios. He holds a Ph.D. in structural engineering from University of Liege. Prior to his current appointment, he was a postdoctoral researcher at Princeton University under a Fulbright fellowship and an Adjunct Lecturer at University of Liege. A recipient of the International Magnel Award (2017) and the IAFSS Best Thesis Award (2014), Thomas is also a co-author of the nonlinear finite element software SAFIR®.