There are many examples of recent seismic sequences in different parts of the world including Tohoku (Japan, 2011), Christchurch (New Zealand, 2010-2011), Chile (2010, 2014, and 2015), Nepal (2015), and Kumamoto (Japan, 2016) causing damage of the structures. Accumulated damage induced by repeated shaking causes a change in structural characteristics such as strength, stiffness, ductility, and damping. Therefore it is necessary to thoroughly investigate the damage from previous events and its effects on the structural performance under subsequent events. Deriving fragility curves to investigate the probability of exceedance from different damage levels based on different earthquake intensities is a significant aspect of seismic evaluation of the structures. The seismic fragility curves of the structures have been investigated by some researchers so far. However, most of the present studies do not account for different damage features such as stiffness and strength degradation and this is because these studies are limited to a single event. Furthermore, using simple numerical models and employing artificial and uncorrelated seismic sequences are other important deficits needing more attention. This study aims to overcome many previous limitations and derive fragility curves for low, mid, and high-rise RC frames. For this purpose, fiber based modeling approach is used to account for different degrading features such as stiffness and strength degradations and pinching effects in concrete and also yielding, local buckling, and Bauschinger effect in steel reinforcements. Fragility curves are derived based on a large data base of as-recorded seismic sequences from different parts of the world including Chile, Japan, and New Zealand. The results of this study indicate that fragility curves are highly affected by number of stories, earthquake region, and earthquake intensity type. 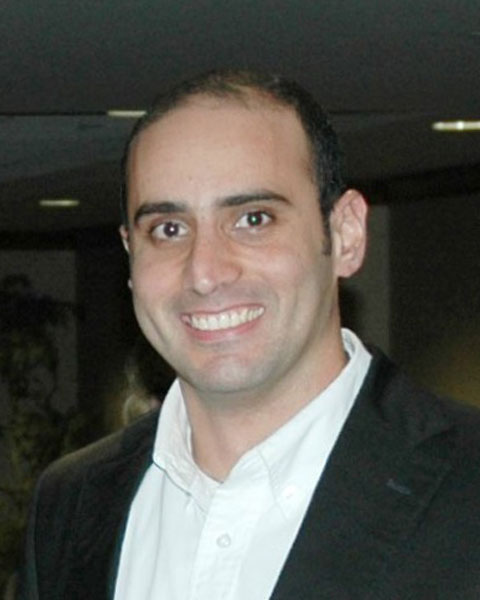 Abdelnaby holds a Ph.D. from the University of Illinois at Urbana-Champaign (2012). He has been on the faculty of the Department of Civil Engineering at The University of Memphis since the fall of 2012. His professional experience includes working as a design engineer at ACE Consulting Engineers Moharram-Bakhoum, one of the largest construction and civil engineering companies in the Middle East. Dr. Abdelnaby's research interests are primarily in the areas of structural dynamics, earthquake engineering, structural health monitoring, life-cycle analysis of structures subjected to multiple hazards, application of innovative and smart materials in structures for hazard mitigation, passive and active control of structures, and nonlinear finite element methods. He teaches graduate and undergraduate courses related to the behavior and design of steel structures, nonlinear analysis of structural systems, and mechanics of materials.