In this presentation, an Enhanced Rayleigh Damping Model is proposed to eliminate fundamental physical inconsistencies of the original Rayleigh model when used for the dynamic analysis of inelastic hardening and softening structures.
When subjected to dynamic loads, all structures exhibit energy dissipation due to deformations of structural elements and non-structural components. In the elastic range, this energy dissipation – inherent damping – is mostly controlled by the viscous properties of the materials of the various elements/components, while, in the inelastic range, this energy dissipation – hysteretic damping – is dominated by the inelastic response of the various elements/components. Inherent damping in elastic systems is usually modeled by a viscous term defined as the product of a damping matrix with the vector of the system velocities. To formulate this damping matrix, the Rayleigh method, which derives the damping matrix as a linear combination of the mass matrix and the initial elastic stiffness matrix, has been widely used. However, when structures exhibit inelastic response, the original Rayleigh damping model has been found to generate unreasonably large damping reactions, mainly because of the structural stiffness reduction due to damage. Research has shown that these spurious damping reactions, which lead to non-conservative predictions of displacement demands, can be alleviated using the current (tangent) stiffness matrix, which accounts for the structural damage throughout the past loading history, to build an non-constant damping matrix updated throughout the analysis.
Despite alleviating the spurious damping reactions, the above formulation demonstrates two major physical inconsistencies: (1) it results in instantaneous jumps (temporal discontinuities) in the damping reactions, because, for most inelastic models, including classical plasticity, the tangent stiffness is discontinuous, such as at initiation of yielding. Temporal discontinuities are physically inadmissible and often cause failures of the numerical solution algorithms (usually derived assuming response continuity); (2) it produces “negative” damping reactions during structural softening (due to negative tangent stiffness), generating, instead of dissipating, energy, thereby, violating fundamental thermodynamics and “corrupting” predictions of structural collapse. This study eliminates these inconsistencies by proposing an Enhanced Rayleigh formulation, which: (i) introduces a first-order differential model that imposes a continuous time variation in the change of element tangent stiffness matrices used to build the damping matrix; and (ii) eliminates negative eigenvalues in the element tangent stiffness matrices used to build the damping matrix ensuring its positive semi-definiteness. The proposed damping model is implemented in the structural analysis software OpenSees, and employed in comparative studies on reinforced concrete buildings, and bridges with sliding-rocking joints.
• Due to the increasing interest in Performance-Based Engineering and the need for accurate response predictions under various dynamic loads, this topic is of regional, national and international interest.
• The target audience includes engineers from academia and industry in the field of earthquake engineering and structural dynamics, and interested in performance-based design and assessment of structures.
• This presentation gives the audience a profound insight into fundamental challenges of modeling structural damping, and provides a solution to effectively tackle those challenges. The presented concepts can be integrated in other research efforts and teaching curricula.

Mr. Salehi is a PhD student and Graduate Research Assistant at Texas A&M University. Mr. Salehi's research is primarily concerned with the computational simulation of building and bridge structures subjected to seismic loads, with the focus on development of finite element formulations and solution algorithms capable of capturing structural collapse. Mr. Salehi also has research experience in the fields of Dynamic Soil-Structure Interaction and Seismic Performance Assessment of Structures. 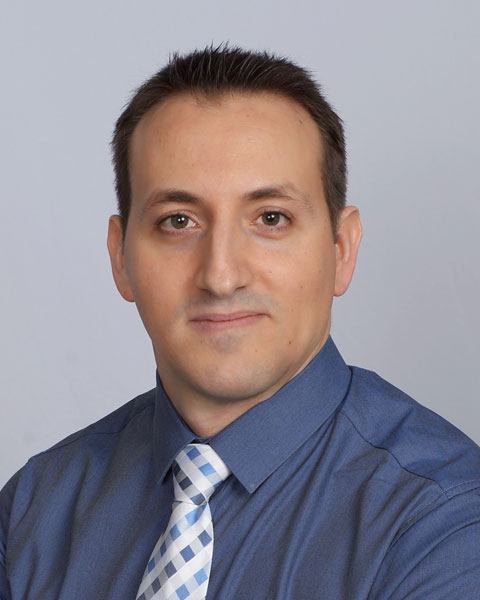 Dr. Sideris is an Assistant Professor at the Texas A&M University. Dr. Sideris' expertise lies at the nexus of fundamental structural mechanics, structural modeling and small/large-scale experimentation. His research focuses at mitigating the effects of natural hazards on the built environment through the development of innovative technologies in the form of resilient and sustainable infrastructure systems