Special moment frames are commonly used in low- and medium-rise buildings located in regions of high seismicity. Although prior earthquakes showed adequate performance of this seismic force resisting system in protecting buildings from collapse due to strong ground motions, formation of plastic hinges in the beams and columns causes considerable damage to beam-column joints. Recently, interest in using fiber-reinforced concrete (FRC) has been growing to enhance energy absorption capacity and damage tolerance of beam-column joints and other components in reinforced concrete (RC) buildings. Prior research has mostly focused on the application of steel FRC (SFRC) in 2-D beam-column joints. However, exterior beam-column joints are usually subjected to more complex loading during an earthquake, involving bi-directional bending and torsion of the column. In addition to the loading, the geometry of the connection requires a 3-D test setup (i.e., with an out-of-plane beam). In this research, the use of engineered cementitious composites (ECC) in 3-D exterior beam-column joints is investigated experimentally. ECC is a special class of high-performance fiber-reinforced cementitious composites (HPFRCC) that, compared to conventional concrete, exhibit superior tensile ductility, energy absorption and shear resistance, in addition to improved bond performance with reinforcing steel. To better understand the performance of exterior beam-column joints under complex loading conditions, scaled 3-D specimens are constructed and tested under simulated seismic loads. In an attempt to improve the performance of the joints, conventional RC is replaced with reinforced ECC (R/ECC) that extends from the panel zone to the beams and columns to cover the potential plastic hinge regions. The specimens are subjected to bi-directional lateral cyclic displacements and an axial compressive load at the top of the column while both in- and out-of-plane beams are pin supported at their ends. Applying cyclic torsion to the column at the same time with the lateral displacement cycles and axial loading is considered in a number of tests. In order to achieve the loading requirements, state-of-the-art multi-axial testing units are used. These units are capable of applying loads and deformations in all six degrees-of-freedom in a mixed mode control. This paper discusses the loading protocols, the test setup for 3-D exterior beam-column joints, and the improvement in the joint behavior with the application of R/ECC as compared to conventional RC. 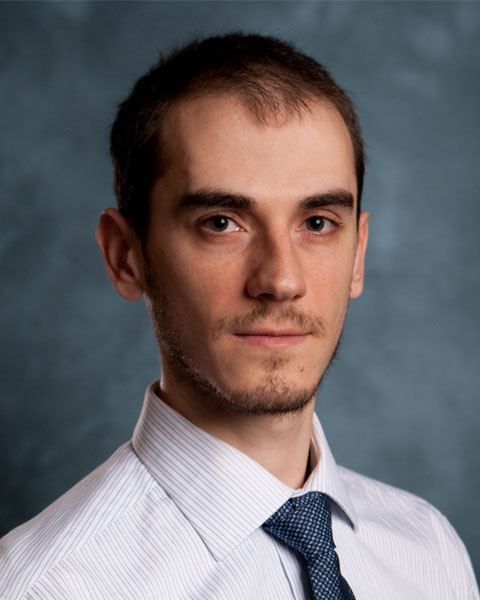 Dr. Bora Gencturk is an Assistant Professor in the Sonny Astani Civil and Environmental Engineering Department at the University of Southern California (USC). He obtained his Ph.D. and M.S. degrees from the University of Illinois at Urbana-Champaign and his B.S. degree from Bogazici University (Istanbul, Turkey). Prior to joining USC, he was an assistant professor at the University of Houston for five years (2011-2016). Dr. Gencturk’s technical interests are in the broad fields of extreme event resilience and sustainability of civil infrastructure. He has received both young investigator awards given by the U.S. National Science Foundation (NSF): Faculty Early Career Development (CAREER) and Broadening Participation Research Initiation Grant in Engineering (BRIGE). He has produced over 40 refereed journal papers, three book chapters, six research reports, and more than 40 conference papers. He teaches courses on mechanical behavior of materials, structural dynamics, earthquake engineering and structural reliability. He is a member of ASCE, the American Concrete Institute, and the Earthquake Engineering Research Institute.