Single Support Bar (SSB) Modular Bridge Joint Systems (MBJS) are commonly used in medium and long span bridges. These joints, comprised of steel and polymeric components, exhibit complex dynamic response when subjected to successive impacts by each crossing truck axle. The repeated impacts generate a large number of stress cycles at the welded and bolted connections within the system, rendering them susceptible to fatigue cracking in service. The stresses may also be significantly amplified depending on the dynamic response characteristics of the system, requiring a realistic estimate of the dynamic amplification factor (DAF) for a cost-effective fatigue-resistant design. While the current AASHTO LRFD Bridge Design Specifications (BDS) recommend a DAF of 1.75 for all expansion joints based on the observed values for multiple support bar (MSB) MBJS, measured DAFs for SSB MBJS reported in the literature range from 1.1 to 4.6, indicating a significant variability depending on the dynamic interaction between the MBJS and the crossing vehicle.
Parametric three-dimensional (3D) dynamic time-history Finite Element Analyses (FEA) of MBJS models were performed to determine the typical DAFs for SSB systems as a function of the joint size, the operating conditions, and the vehicle speed. A factorial parametric study was designed which included as variables: the joint size (different combinations of typical span lengths and section sizes based on joint manufacturer drawings); the joint gap opening; the precompression gap for CB-SB connection assembly; and the vehicle speed. Seventeen variations of MBJS sizes were considered along with two levels of gap openings, two levels of precompression gaps, and three levels of vehicle speeds, resulting in more than 200 simulations. The results were normalized by a dynamic interaction parameter (DIP), which was defined as the pulse duration (including the effects of the vehicle speed and the joint characteristics) divided by an equivalent natural period of the MBJS. The equivalent natural period was estimated for each parameter combination independently from the analysis results, using a generalized single-degree-of-freedom model of a reduced representation of the MBJS. The DAFs obtained from the simulations and the respective system DIPs generated a shock spectrum for SSB MBJS that represented the variation of the DAF as a function of the system parameters and the operating conditions. The shock spectrum correlated well with the available field measurements, and indicated that many systems having large DIPs (greater than 3) would produce DAFs of 1.1 to 1.5, less than the current specification recommendation. However, DAFs exceeding the specification recommendation (as high as 2.3) can result for flexible systems with smaller DIPs (between 2 and 3). The study provided insight into the dynamic response characteristics of SSB MBJS, and an easy method for determination of joint specific DAF for routine design application was developed. The AASHTO LRFD BDS should be revised accordingly for cost-effective fatigue design of these systems. 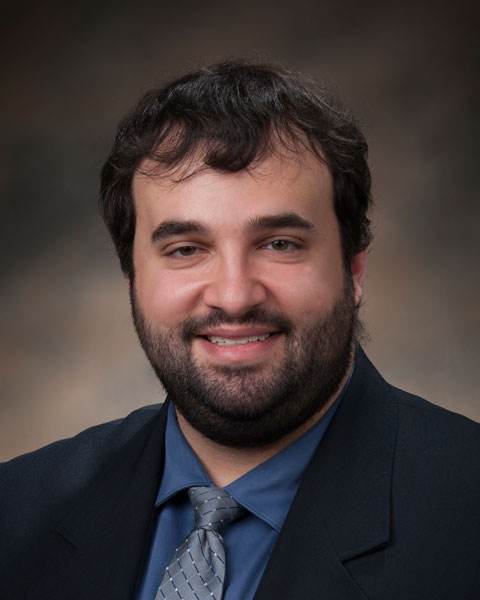 Frank A. Artmont is a Engineer in Training at Modjeski and Masters, Inc.. He received his BS in Civil Engineering and PhD in Structural Engineering at Lehigh University. His research interests include fatigue and fracture of steel bridges, analysis of sophisticated structural systems, and structural dynamics of bridge structures. His disseration focused on the fatigue performance and dynamic behavior of single support bar modular expansion joint systems. His recent projects with M&M include the design of the new Hawk Falls Bridge on the northeast extension of the Pennsylvania Turnpike and the forensic study of the recent fracture that occurred within the Delaware River Turnpike Toll Bridge.

Dr. Sougata Roy is the Principal of Sougata Roy, LLC, a structural engineering consulting company, and an internationally recognized expert in fatigue and fracture of steel bridges and structures. He has more than 16 years’ experience in academic research and another 13 years’ experience in structural engineering consultancy and research. Sougata received Baccalaureate degree in Civil Engineering from the University of Calcutta, India, and Masters and Doctoral degrees in Civil Engineering from Lehigh. University. His experience and expertise in civil infrastructure involves experimental and computational simulation, forensics, material investigation, field testing and evaluation of structures, bridge design practice and developing design specifications. Roy is actively involved with AASHTO Technical Committees, is a member of TRB AFH70: Metal Fabrication Committee, AISI/NSBA Design Advisory Group/Bridge Task Force, AISC TC6: Connections, and AREMA Committee 15. He has served as the Associate Editor of the ASCE Journal of Bridge Engineering.