Concrete tanks are used in high seismic regions for water and chemical storage and treatment. These tanks may be reinforced or prestressed concrete structures with rectangular or round shapes and locate above or underground. Based on governing codes, such as ACI 350-06, ACI 373, the tanks should have strength, water tight, durability for cracking and corrosion control. ACI 350.3 also provides equations for seismic forces of rectangular and circular tanks. However, in a design practice, we may still have issues that ACI codes don’t cover, such as tsunami events, and uplifting requirement of underground tanks. The section forces of critical load combinations are difficult to be found unless a 3-D computer model is created. After we have a computer model, we may still doubt what is the impact of soil subgrade on the base, side soil spring for underground tanks because these data have a very big influence on dynamic properties of tank system, such as the fundamental frequency. We may wander, without these data, if the seismic analysis of tanks per ACI 350.3 is still reliable.
Modeling of the complex liquid-structure and soil-structure interaction are required for a reliable design. In this study, the codes and phenomenon of concrete liquid tanks in high seismic regions will be reviewed and summarized. Especially, seismic issues, which are not covered in ACI codes, will be discussed based on international codes and research articles.
When finite element software, such as SAP2000 is used to model the static analysis based on seismic loads of ACI 350.3, the internal SAP 2000 functions of time history, spectrum analysis may be quickly established for additional dynamic analysis. Based on ACI 350.3, hydrodynamic pressure distribution involves two components, the convective which depends on the sloshing vibration near the liquid surface and the impulsive vibration underneath. Therefore, adequate masses for the impulsive and convective components could be included and are connected with concrete walls by springs. The dynamic analysis could consider soil subgrade, side soil springs, and adequate mass of side earth dynamic pressure for seismic analysis. To summary the results, the Square Root Sum of the Squares method (SRSS) is internally established by SAP 2000 as a type of load combination. Where appropriate, the results could be checked for strain capability of the soil, dynamic masses and frequencies of components through a simple, iterative process.
This paper provides both examples of circular and rectangular tanks and covers both above and underground cases. As stated before, proposed dynamic seismic analysis is an additional procedure in SAP 2000 design model based on ACI 350.3. Comparison of dynamic seismic results with pseudostatic seismic results of ACI 350.3 could be done in any time. Pseudostatic seismic analysis directly provides ACI 350.3 code design load; and new dynamic seismic analysis provides understanding of performance of concrete tanks for uncertain parameters of soil, liquid, and dimensions of structure. The analysis presented here can help to understand the dynamic liquid-structure and soil-structure interactions and lead more reliable design, which is very important for concrete tanks to have water tight, durability of cracking and corrosion control. 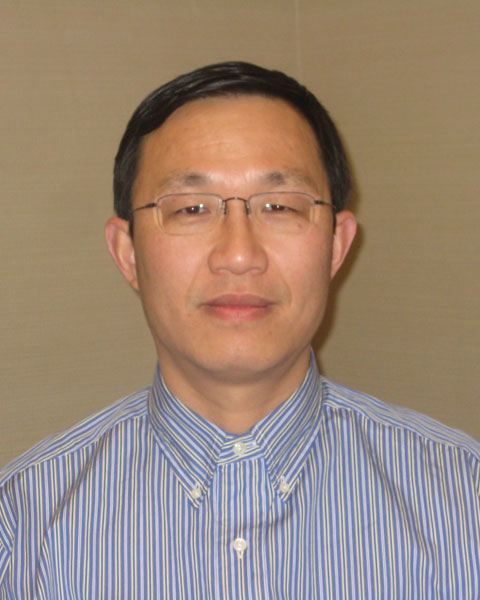 As a senior structural engineer with Kiewit, John specializes in the foundation analysis and design, including water treatment structures, rotating equipment foundation and their retrofits. He has substantial experience with varied structures in water treatment and power industry, including as concrete liquid tanks, pipe racks, cable trays, ductwork, ductwork supports, foundations for steam turbine generators, combustion turbine generators, boilers, buildings and booster fans. He is proficient in structural analysis software DYNA, STAAD, SAP 2000, SAFE, LUSAS, Lpile, Merlin-Dash and RISA. He is the structural engineer of record for Charles E. Meyer Desalination Plant in Santa Barbara, CA, which includes liquid tanks on the ground and underground.The plant has the capacity to produce three million gallons clear water per day from this year.