The U.S. highway system consists of about 60,000 bridges with an average age of forty years, more than 30% of which are steel bridges. Due to aging of the structures, growing traffic demands, and in some cases what we now know to be inadequate design and construction practices used for these older steel bridges, 26% of these bridges are either structurally deficient or functionally obsolete, and showing signs of distress. Of the structural issues associated with aging, fatigue is one of the most critical issues. Welded connections between longitudinal girders and lateral cross beams are most susceptible to fatigue issues, especially connections designed per AASHTO specifications prior to those of the 1970’s. Girder web gaps at stiffeners or connection plates are subjected to cyclic out-of-plane deformations, resulting in second order distortion fatigue stresses. Distortion stresses that were not considered in the fatigue design can be of significant magnitudes, resulting in early crack developments at these web gaps. This paper presents a correlation-based approach to evaluate the fatigue performance of a mass of beam-to-girder connections without performing refined fatigue analysis for every single connection. This approach accounts for geometric variabilities in bridges, such as bridge span, girder spacing, bridge width, tangent and curved bridge geometry, and depth of girders. The proposed correlation approach associates distortion parameters of web gap zones in coarse-mesh finite element method (FEM) models with fatigue stress range in fine-mesh FEM models. Connections were categorized in major groups based on geometric similarities. Representative samples of each group were thoroughly analyzed and used in linear regression analysis to establish statistically-based relationship between the distortion parameter and fatigue stress range in each group. Without sacrificing the accuracy of the stress calculation, this approach allowed significant savings in computational time by relying on the use of distortion parameters from coarse-mesh models to estimate fine-mesh fatigue stress ranges. This proposed approach was successfully implemented in the IH-345 viaduct rehabilitation project in Dallas, Texas. All the superstructure connections in the 1.6 mile fracture critical steel bridge (with 63 sections between expansion joints) were evaluated for fatigue performance. 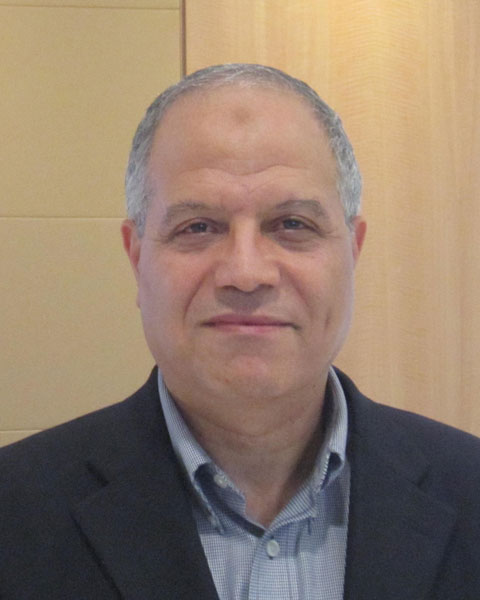 Hongwei Cai has over 5 years of diverse experience in designing and analyzing bridges and related structures. Dr. Cai has earned his PhD degree in Structural and Earthquake Engineering from SUNY-Buffalo in 2012. Dr. Cai is proficient in many engineering software programs including PGSuper, RC-Pier, MDX, LARSA 4D, LUSAS, SAP2000, and Midas Civil. Dr. Cai also has a strong technical background in finite element modeling, structural optimization and nonlinear structural analysis, and he has authored several technical publications in various engineering journals. Dr. Cai also served as the reviewer for technical Journals, such as Journal of Bridge Engineering, Structural and Multidisciplinary Optimization, Composite structures, etc.