Drug-drug interaction (DDI) through drug-metabolizing enzyme activity induction leads to acceleration of elimination of concomitantly administered drugs, and thus to their therapeutic efficacy decrease or abolition. This can be a major issue, for instance, CYP3A4 enzyme induction can lead to termination of a pre-development candidate or a lead candidate in clinical development. The capability to accurately predict the DDI risk related to each drug candidate is currently of great interest in pharmaceutical industry. However, unlike other critical ADME factors, there is no existing high throughput screening (HTS) assay for Cytochrome (CYP) P450 family induction to screen compound libraries or large series. Besides, 2D cultured human hepatocytes traditionally used in such tests do not reflect the in vivo physiology and metabolic activities of human liver. Loss of epithelial morphology after few days in culture, dramatic decrease in phase I and II metabolizing enzymes expression and activity and low throughput, are amongst the shortcomings to their use in DDI HTS. To circumvent these shortcomings, we have developed a novel technology called "BioPearl", to fabricate miniaturized 3D spheroids from primary human hepatocytes for high throughput DDI screening. Using this technology, miniaturized core-shell capsules (350µm of diameter) composed of a thin layer of alginate and a liquid core of cells are generated with the elevated rate of 1500 capsules produced per second. "HepatoPearls" generated in this way display vivo-mimicking characteristics such as: a) epithelial morphology with formation of bile canaliculi network, b) lifespan of more than 45 days c) high and stable metabolic activity of phase I and II metabolising enzymes d) albumin secretion e) urea synthesis and f) CYP inducibility over 6 weeks. In parallel, we have established a fully automated method combining RNA-row-column-plate molecular barcoding with NGS RNA-Seq, allowing high throughput targeted CYP3A4 (one of the main liver drug-metabolizing enzymes) gene expression quantification on HepatoPearls. Through this approach, gene expression can be measured in over 2000 samples in a single NGS run by simultaneous sequencing of reverse transcribed, barcoded and amplified RNAs of the gene of interest and selected housekeeping gene as a stable expression reference. Sequences are then processed through an in house developed bioinformatics script that allows to further generate CYP3A4 based DDI risk scores for tested drugs. To validate the whole workflow, HepatoPearls were treated with a panel of 24 compounds (each at 4 concentrations in triplicate) and DDI risk through CYP3A4 induction was evaluated by the developed NGS RNA-Seq approach. Our results showed to be reproducible and more predictive of FDA vivo-classification (than 2D model). In conclusion, we have established for the first time a robust and integrated workflow allowing high throughput DDI screening based on a 3D human liver cellular model coupled with a gene expression readout. 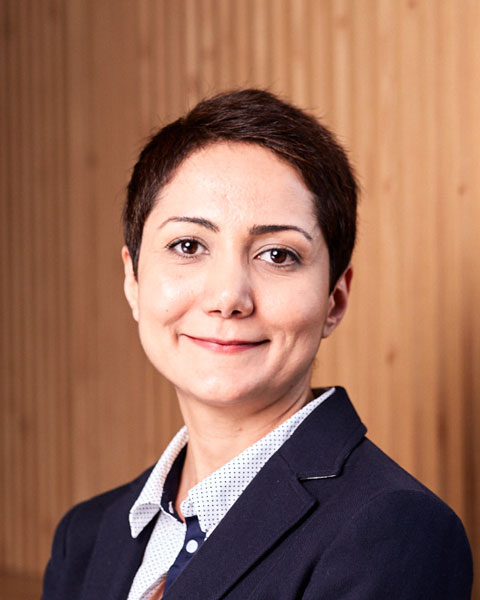 After obtaining her master of innovative therapies from Université Paris-Est Créteil in France, Noushin Dianat started her thesis at Université Paris Sud, where she worked on in vitro liver disease modelling through iPSC generation from familial hypercholesterolemic patients’ fibroblasts, gene correction and their differentiation into hepatocytes. She also established for the first time a guided protocol for differentiation of pluripotent stem cells, ESCs or iPSCs, into biliary epithelial cells, cholangiocytes. In 2014, she joined Laboratory of Colloids and Divided Materials (LCMD) at ESPCI Paris as a postdoctoral researcher and worked on a collaborative project with Sanofi aiming to establish a robust workflow for high throughput drug-drug interaction screening on liver 3D spheroids. With her team, she has established and characterized a novel human liver model named “HepatoPearl”. Since summer 2017, Noushin founded “Cyprio”, a young startup, aiming to commercialise this innovative 3D liver model with her colleagues.