Compared to small molecule drug discovery efforts, peptides have always been noted for their selectivity, potency, and rapid optimization. However, short-lived in vivo activity and lack of oral bioavailibilty have hindered their advancement. Recent advances in peptide modifications that improve stability and new drug delivery systems are expected to override these difficulties such that peptide therapeutics are experiencing an exciting revival. The application of peptides as therapeutic agents in targeted drug delivery, and as diagnostic and prognostic tools in various disease states is also on the rise. Systematic screening of peptide libraries is a well-established approach that typically uses affinity-based technologies such as phage-display; a system for large scale selection of proteins, peptides, and antibodies based on their binding affinity and specificity. A major advantage of phage display is the extensive diversity of variant proteins that can be represented in a phage library providing a means of rapidly screening large numbers of proteins against potential binding partners. However, it does not provide any information regarding the ‘binder’s’ intrinsic activity.
Herein we describe the development of an autocrine cell-based functional assay for the selection of G-protein coupled receptor (GPCR) agonists from large intracellular combinatorial peptide libraries. In our system one out of ~108 different peptides and the GPCR of interest are co-localized in the plasma membrane of cells. When the co-localized peptide activates the neighboring receptor a fluorescent signal is generated such that each cell becomes a reporter unto itself. The system was validated by selection of highly potent agonists for the Glucagon Like-peptide 1 receptor (GLP-1R). These agonists were further validated using a battery of orthogonal cell-based functional assays. Interestingly, one peptide (P5), unlike the receptor’s natural ligand GLP-1 or the GLP1 analogue Exendin 4 that promote receptor coupling to both G-protein and arrestin signal transduction pathways, P5 exhibits ligand bias in that it promotes G-protein signaling but a greatly attenuated arrestin response was greatly attenuated. We evaluated the physiological consequences of P5 G-protein signaling bias as compared to Exendin 4 in DIO mice, P5 displayed a decreased insulinotropic effect as compared to Exendin 4, yet significantly improved glucose tolerance. Furthermore, chronic treatment with P5 more effectively corrected hyperglycemia, and improved hemoglobin A1c levels. High throughput autocrine-based functional screening enabled the discovery of a potent and selective GLP-1R G-protein biased agonist that may provide a novel therapeutic approach to T2DM. Thus, our system offers a powerful approach to identify rare peptide ligands with unique signaling properties to interrogate receptor function in normal and disease states. Such studies pave the way to identify new ligands for numerous GPCRs and other cell surface receptors that may be useful for de-convolution of signal transduction pathways and discovery of new mechanisms of receptor activation. 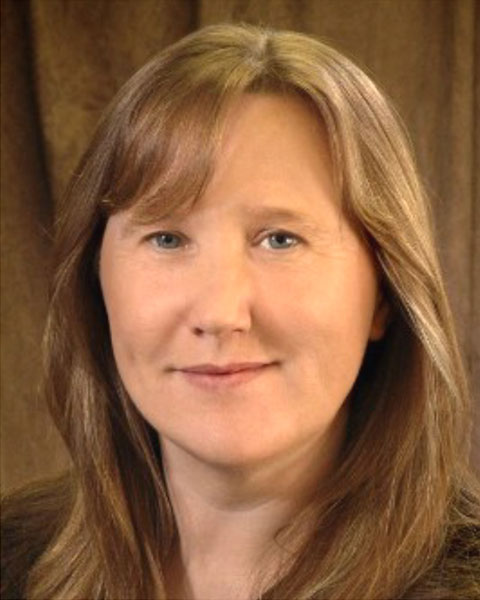 As a postdoctoral fellow in the laboratory of Dr. Robert Lefkowitz (Duke, NC) , a world-renowned leader in the GPCR field my primary focus was on GPCR function and regulation, and the role(s) played by βarrestin in mediating these processes. In 2000, I joined the pharmaceutical industry as a GPCR drug discovery group leader. I gained significant experience in directing biochemical and cell-based assay development, HTS campaigns, optimization of Lead matter, and in vitro pharmacology. I am currently an Associate Professor, Dept. of Molecular Medicine, TSRI, my laboratory is focused on investigating the molecular mechanisms underlying the regulation and activation of GPCRs involved in metabolic and CNS disorders. Thus, my major research interests lie in identifying novel, tractable, anti-diabetes and CNS targets, developing selective molecular probes of these targets, and where possible optimizing these probes to generate in vivo lead molecules for testing in rodent pre-clinical models and human.