In lab automation, there is a wide range of robots. Robots are employed to accelerate sample handling, such as in high throughput screening (HTS), manipulators and transfer lines rapidly manipulate micro-plates amongst numerous test stations. The net result is that a typical HTS system can handle over 500,000 samples a week. In the age of big data, higher throughput means faster pharmaceutical development and hence quicker patent registrations and earlier market penetration. HTS systems are often custom-tailored to maximize throughput with many high- precision 6-DOF robot manipulators. Such robots employ parallel jaw grippers to gently and precisely position and orient micro-plates.
However, once configured, they are not easily changed. This is important because as new tests emerge, older HTS systems cannot easily perform them. The National Institutes of Health (NIH) in the United States are looking at the potential of lab automation drones to add flexibility to existing HTS systems. The notion has merit; aerial manipulation research is an active area. High degree of freedom (DOF) robots with dexterous arms has been addressed in transformative applications such as material handling, disaster response, and personal assistance. And micro-plates are relatively easy to robotically lift and orient. Issues like ground effect, limited battery life, and obstacle avoidance are indeed relevant to lab automation but also remain open research topics. The critical gap in a lab automation drone appears to be the lack of aerial manipulation arms and grippers.
Recently, several configuration systems including single DOF aerial grasping, non-redundant and fully redundant articulated aerial manipulation, have been explored to create manipulation systems. But all the arms in aerial manipulation are serial; a motor in each joint results in a heavy arm. To the author’s best knowledge, the author’s lab has been the first to introduce a parallel-mechanism arm for aerial manipulation. The previous work concluded its higher degree of precision and lower toque impact on the drone’s stability versus serial manipulators. In this work, the authors present a design of a 6-DOF parallel mechanism arm with a sensorized parallel jaw gripper. The test-and-evaluation approach and results are given. 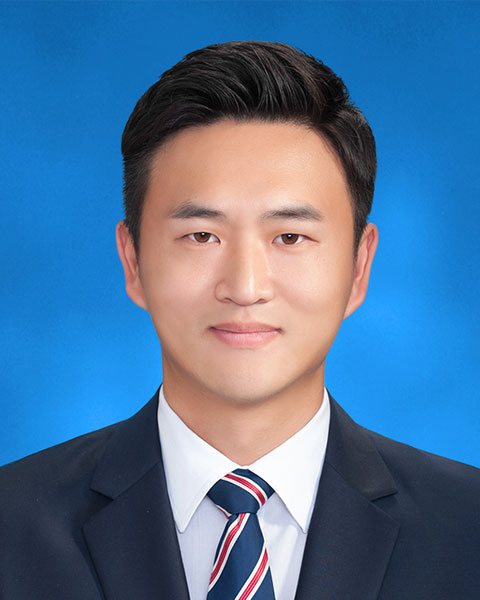 Dongbin Kim has completed his B.S. in aircraft systems engineering from Korea Aerospace University, S. Korea in 2016. He is currently studying PhD in Mechanical Engineering in University of Nevada in Las Vegas. He serves as lab manager in Drones and Autonomous Systems Lab.