Advances in Bioanalytics and Biomarkers

Ever-existing need of identifying the targets of bioactive molecules is recently fuelled by resurgence of Phenotypic Screenings in drug discovery. We will be presenting advantages and case studies of two of our proprietary target identification technologies that can be utilized, in tandem, at different stages of drug development. At ‘Hit’ stage, where compound SAR information is limited, Universal Unique Polymer Technology (UPT), that allows enrichment of targets of underivatized molecule, can be applied in narrowing / identifying the targets of the bioactive molecules. UPT relies on immobilizing the compound utilizing non-covalent, weak-interaction forces of the molecule on a polymer surface, that provides complementary weak-interaction forces for immobilization. Compound immobilized on the polymer are quantified and thus prepared compound specific matrices are incubated with the biological lysate for affinity capture of the target. Captured target proteins are eventually identified using Mass-Spectrometry and the specificity of capture is assigned by comparing the proteins identified from multiple compound loaded and control polymer matrix surface. Key advantage of UPT is that it allows affinity enrichment of target without compound derivatization. For the compounds that have travelled to ‘lead’ stage of development and SAR of the compound is well defined, a SubCellular Location Specific (SCLS) Target Capture Technology is utilized in confirming the identity and the subcellular location of the target. In SCLS, compound of interest is tagged to different subcellular location specific peptide probes. In multiple experiments, probes localize the compound at different cellular location and functional activity of the compound is recorded. The subcellular location, that shows maximum functional response, is then chosen as the target enriched compartment and utilized for target capture experiments. Antibody against the peptide allows the recovery of the probe and the affinity captured protein targets. Eventually captured target proteins are identified using Mass-Spectrometry. Key advantage of SCLS is that it allows investigating the target and mechanism of action in subcellular location manner. For critical evaluation of these new methods, along with the success examples, limitations of these methods will also be presented. 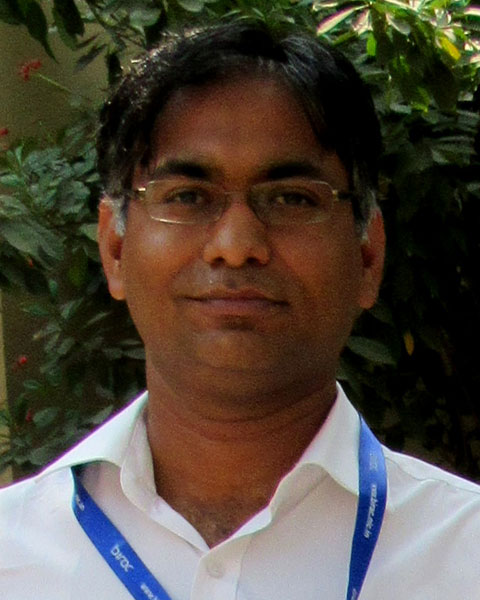 With 12+ years of experience in utilizing biophysical techniques to solve the relevant problems in life sciences, Chaitanya is a seasoned drug discovery professional. Chaitanya completed his Ph.D. in Biophysics from Dept. of Physics, The Ohio State University, Columbus, Ohio, USA and later worked with Eli Lilly and Company at Indianapolis. Presently he is serving as Chief Executive Officer at Shantani Proteome Analytics Pvt. Ltd. (Shantani), a wet-lab technology based company founded by him and Dr. Yanping Yan at Venture Center, National Chemical Laboratory Innovation Park, Pune, India. Shantani provides drug target deconvolution technologies to drug discovery organizations and proteomics and protein chemistry based path-forward solutions to bio-pharma and other life-sciences based companies. Chaitanya has published several scientific articles in divers’ scientific areas ranging from the Femto-second electron transfer processes in biology to the applications of Mass Spectrometry in drug-discovery.