Next generation target discovery: systematic application of the CRISPR toolkit

Forward genetic screening with CRISPR–Cas9 has provided a promising new way to interrogate the phenotypic consequences of gene manipulation in high-throughput, unbiased analyses in target ID, target validation, drug MOA analysis and patient stratification. Diseases previously refractory to systematic high-throughput interrogation are now coming into the cross-hairs of powerful new functional genomic solutions. To date, the majority of screens have been conducted using loss-of-function perturbation driven by CRISPR–Cas9 enacted gene knock-out. Although powerful, this approach does not allow for the examination of activating gene function, leaving a salient gap in the functional genomic analysis. In order to add depth to our discovery platforms, we have constructed new platforms using both CRISPRi and CRISPRa transcriptional regulation tools. Both of these platforms have been adapted to use next generation, highly optimised whole-genome targeting libraries in order to enact maximum gene expression modulation. Our validation analysis of these approaches revealed outstanding performance and sensitivity, with greater than ten-fold improvement in detection rates compared to existing tools.

Screening for drug resistance with this dual platform yields unambiguous target discovery and simultaneous evaluation of both activating and inhibiting perturbations reveals direct and opposing phenotypic effects within complex gene networks. Thus, in contrast to loss-of-function-only analysis, these tools can switch the response of affected cells to either sensitisation or resistance allowing the discovery of key genes which sit in the centre of the hit nexus. These findings demonstrate the unique power of bi-directional functional genomic screening approaches.

The application of these tools to new therapeutic areas is expected to yield crucial new target ID. A major global research focus is in immuno-oncology and the discovery of new immuno-oncology drug targets, including those that alter the character and frequency of T-cell-mediated anti-tumour responses. Although we and others have been able to develop tools that allow highly efficient gene editing of primary T-cells by CRISPR–Cas9, the application of pooled functional genomic screening to primary T-cells has proved a technological hurdle. We have optimised and substantially adapted our pooled CRISPR screening platform to the particular challenge of primary T-cell biology and we will present an update on this promising new capability. 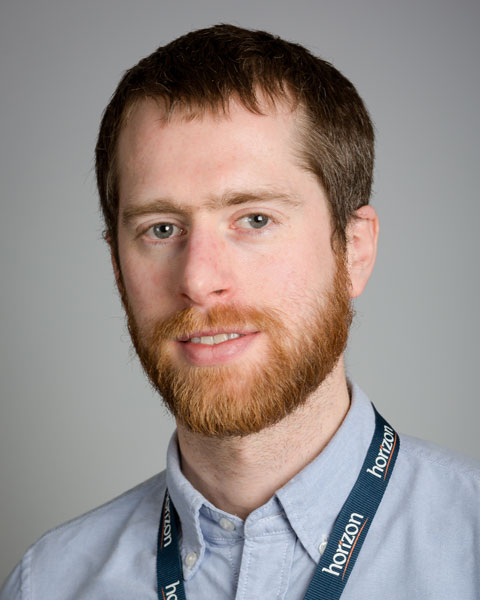 After completing his PhD, Ben trained as a post doc at the University of Cambridge. Here his focus was reverse chemical genetic screening, uncovering a novel mechanism for inhibition in the unfolded protein response. Ben joined Horizon in 2013 to expand and develop Horizon’s functional genomics platforms and to lead a major research alliance in synthetic lethal target discovery. Ben now leads and manages Horizon’s functional genomic screening group.

Next generation target discovery: systematic application of the CRISPR toolkit

Send Email for Next generation target discovery: systematic application of the CRISPR toolkit