DNA-encoded library screening on a GPCR: identification of agonists and antagonist to protease-activated receptor 2 (PAR2) with novel and diverse mechanisms of action.

Protease-activated receptor-2 (PAR2) is irreversibly activated by proteolytic cleavage of the N-terminus which unmasks a tethered peptide ligand that binds and activates the transmembrane receptor domain eliciting a cellular cascade in response to inflammatory signals and other stimuli. PAR2 is implicated in a wide range of inflammatory and other diseases including cancer. Activation of PAR2 on sensory neurons leads to hyperphophorylation of TRP channels resulting in pain and hyperalgesia. The discovery of small molecule antagonists to PAR2 has proven challenging. DNA-encoded library (DEL) screening on purified PAR2 delivered both antagonists and agonists, exemplified by AZ3451 (SLIGRL PAR2 IP-one IC50 = 23 nM) and AZ8838 (SLIGRL PAR2 IP-one IC50 = 1500 nM), and agonist AZ2429 (EC50 of 53 nM in IP-one). Crystal structures of antagonist bound to the GPCR revealed that AZ8838 binds in a fully occluded pocket near the extracellular surface. Functional and binding studies reveal that AZ8838 exhibits slow binding kinetics, which is an attractive feature for a PAR2 antagonist competing against a tethered ligand. Antagonist AZ3451 binds to a remote allosteric site outside the helical bundle. We propose that antagonist binding prevents structural rearrangements required for receptor activation and signalling. AZ3451 and AZ8838 were tested in a rat model of PAR2-induced oedema using 2fLIGRL-NH2 (350 µg/paw in 100 µL and trypsin (20 µg/ paw in 100 µL). At a 10 mg/kg dose, both compounds exhibited reduction of paw swelling in both in vivo models. These results confirm that at least two allosteric sites exist on the PAR2 receptor and can be blocked resulting in reversal of in vitro and in vivo PAR2 mediated signaling. DEL screening on purified PAR2 combined with crystallography provided a basis for the development of selective PAR2 antagonists for a range of therapeutic indications. 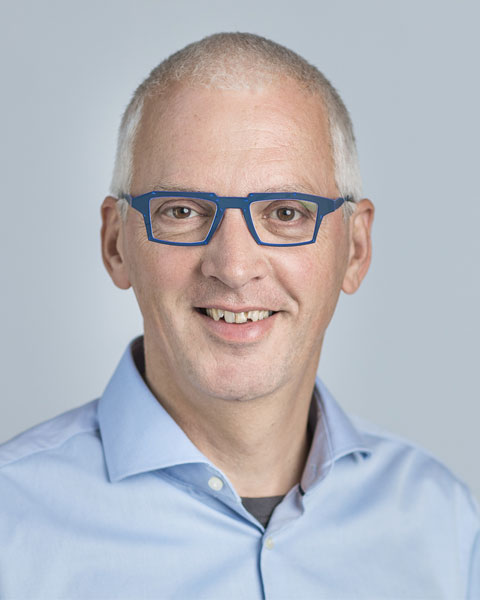 Strong delivery- and collaboration-focus with experience working in matrix organizations. Science-driven with excellent background in lead-discovery technologies. Worked in large number of early discovery projects (small molecule and biologics), both supporting projects and leading capability projects. Strong team and people skills from a number of years of line management responsibility. Experienced working with external academic and biotech partners on new technologies and with contract research organizations (outsourcing). Portfolio management skills. Excellent leadership skills from working in academia and pharma industries, training and from a range of different roles.

DNA-encoded library screening on a GPCR: identification of agonists and antagonist to protease-activated receptor 2 (PAR2) with novel and diverse mechanisms of action.

Send Email for DNA-encoded library screening on a GPCR: identification of agonists and antagonist to protease-activated receptor 2 (PAR2) with novel and diverse mechanisms of action.