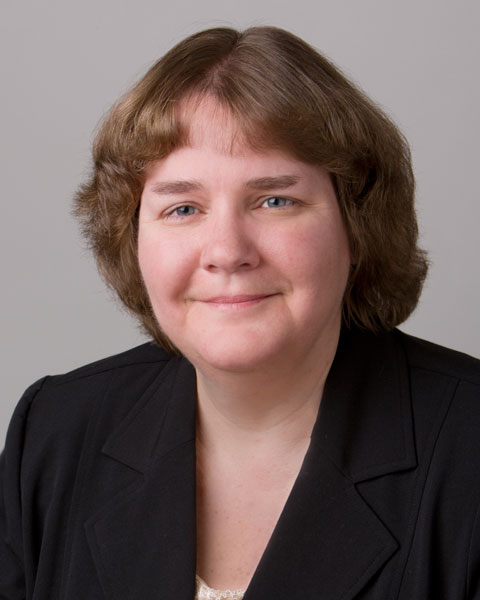 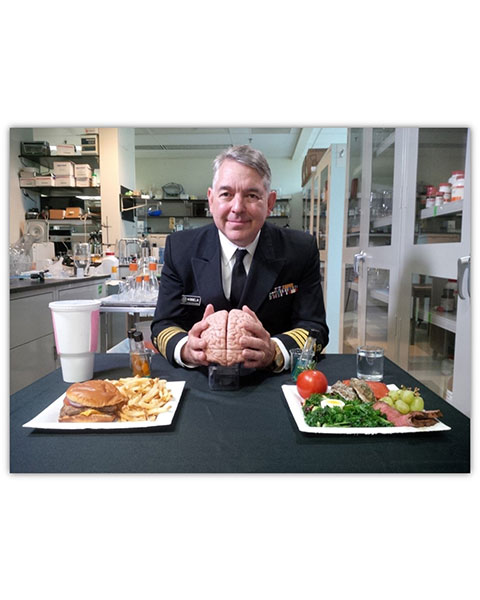 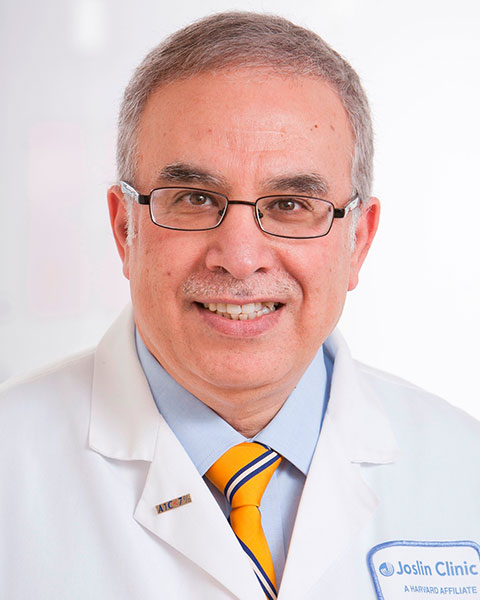 Osama Hamdy, MD, PhD, FACE is a senior endocrinologist, clinical investigator and Medical Director of the Obesity Clinical Program and Director of the Inpatient Diabetes Program at Joslin Diabetes Center in Boston and Associate Professor of Medicine at Harvard Medical School.

Dr. Hamdy research led to the first discovery that 7% weight loss in obese patients with and without diabetes significantly improve vascular endothelial function, insulin sensitivity and markers of inflammation. This improvement may eventually prevent progression of atherosclerosis and coronary artery disease. Dr. Hamdy was a co-investigator in two landmark studies; the “Diabetes Prevention Program” and “the Look AHEAD Study”. Dr. Hamdy founded the “Weight Achievement and Intensive Treatment-Why WAIT?” program at the Joslin Diabetes Center in 2005, which is currently implemented nationally and internationally. WW program reduces total healthcare cost by an estimated 27% and diabetes-related cost by 44%. He is also the author of the Haravard Health Publication “The Diabetes Breakthrough”, which outlines his strategy for long-term diabetes weight management. Dr. Hamdy also developed an Advanced Quality Improvement model for inpatient diabetes service that reduced 30-day readmission rate by 30% and also developed the EVADE program for ED management of diabetic ketacidosis that reduced ICU admission for DKA by 25%.

Dr. Hamdy won the prestigious 2015 Michaela Modan Award of the American Diabetes Association for his research on long-term diabetes weight management in real-world clinical practice He was nominated by the Harvard Medical School for best mentor award and was given the Compassionate Caregiver Award of the Kenneth Scwartz Center. Dr. Hamdy has more than 150 peer-reviewed original articles, reviews and book chapters. He is on the editorial board of several medical journals including US Eendocrinology, Journal of Nutritional Disorders & Therapy and 2-times section editor of the Current Diabetes Report. He is a member of the editorial review board of many scentific medical journals including JAMA, Diabetes, Diabetes Care, British Medical Journal and Lancet. 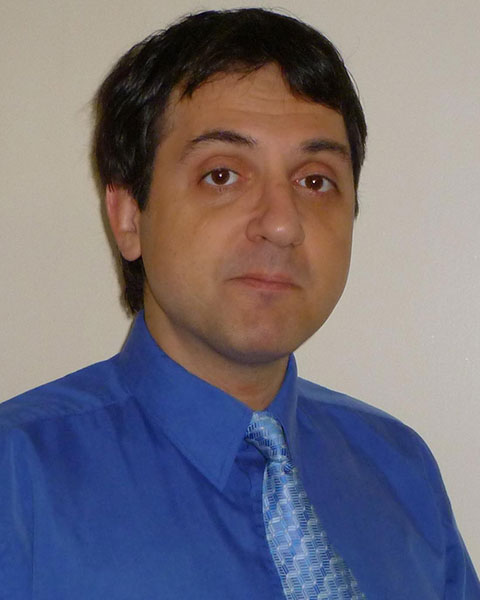 Dr. Mente received his doctoral degree in Epidemiology from the University of Toronto. He completed post-doctoral training in cardiovascular epidemiology at McMaster University in Hamilton, Canada, and is currently an Associate Professor in Clinical Epidemiology and Biostatistics at the Population Health Research Institute, McMaster University. He has received a Research Fellowship from the Heart and Stroke Foundation of Canada, and a Research Early Career Award from Hamilton Health Sciences.
Dr. Mente has studied the role of dietary sodium and cardiovascular diseases (CVD). His team conducted the largest ever epidemiologic study of the impact of sodium intake on blood pressure, cardiovascular disease risk, and mortality in the Prospective Urban Rural Epidemiology (PURE) study, a study of 102,216 individuals from 18 low, middle and high income countries on 5 continents.
Dr. Mente also has studied dietary components and patterns in the pathogenesis of cardiovascular diseases (CVD). His team conducted one of the largest ever systematic reviews of diet and coronary artery disease and helped to show that the causal evidence for most dietary exposures is modest or weak. More recently, his team’s work helped to characterize the strength and shape of association of macronutrients versus blood lipids and clinical events in PURE. The findings showed that contrary to popular belief, increased consumption of fats (including saturated, monounsaturated and polyunsaturated fat) were all associated with lower risk of death, but had a neutral association with cardiovascular diseases. By contrast, a diet high in carbohydrate was associated with a higher risk of death. This would suggest that there is little need to further lower average fat intake today for most populations (unlike 20 or 30 years ago).
Dr. Mente is currently involved in the PURE study, a large multi-national prospective cohort study investigating lifestyle behaviors, cardiovascular risk factors, and incidence of chronic diseases. His current focus is to find simple, practical and accurate ways to measure sodium and potassium intake in diverse populations, measure how much sodium people are consuming in these populations, identify an international reference range for sodium and potassium intake based on their associations with clinical events across a broad range of intake, and test whether the impact of sodium consumption on blood pressure and CVD varies across populations subgroups. 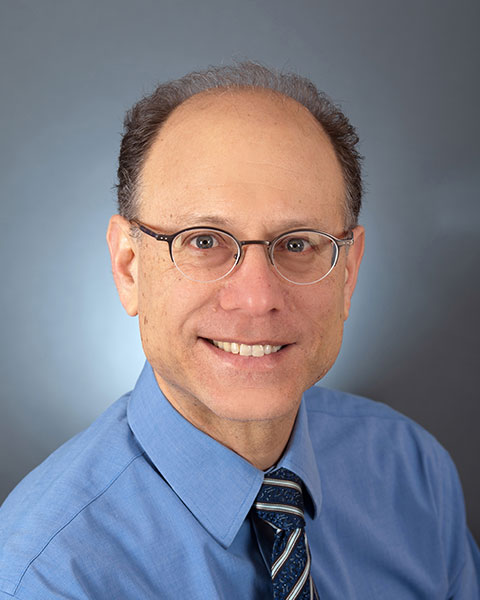 David S. Ludwig, MD, PhD is an endocrinologist and researcher at Boston Children’s Hospital. He holds the rank of Professor of Pediatrics at Harvard Medical School and Professor of Nutrition at Harvard School of Public Health. Dr Ludwig is Founder of the Optimal Weight for Life (OWL) program at Children's Hospital, one of the country’s oldest and largest multidisciplinary clinics for the care of overweight children. His research focuses on the effects of diet on hormones, metabolism and body weight. In particular, he developed a novel “low glycemic load” diet (i.e., one lowers blood sugar and insulin after meals) for the treatment of obesity and prevention of type 2 diabetes and heart disease. Described as an “obesity warrior” by Time Magazine, Dr. Ludwig has fought for fundamental policy changes to improve the food environment. Dr. Ludwig is Principal Investigator on numerous grants from the National Institutes of Health, has published over 150 scientific articles. He has written 3 books for the public, including the #1 New York Times bestseller, Always Hungry? Conquer Cravings, Retrain Your Fat Cells, and Lose Weight Permanently. 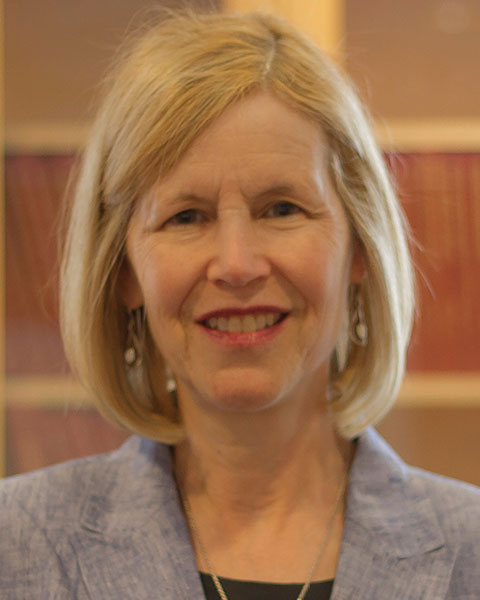 JoAnn E. Manson, MD, MPH, DrPH, is Chief of the Division of Preventive Medicine at Brigham and Women's Hospital, Professor of Medicine and the Michael and Lee Bell Professor of Women’s Health at Harvard Medical School, and Professor in the Department of Epidemiology, Harvard T.H. Chan School of Public Health. Dr. Manson is an endocrinologist, epidemiologist, and Principal Investigator of several research studies, including the VITamin D and OmegA-3 TriaL (VITAL); the Women’s Health Initiative Clinical Center In Boston; the COcoa Supplement and Multivitamin Outcomes Study (COSMOS), and the cardiovascular component of the Nurses’ Health Study. Her primary research interests include randomized clinical prevention trials of nutritional and lifestyle factors related to heart disease, diabetes, and cancer and the role of endogenous and exogenous estrogens as determinants of chronic disease outcomes. Dr. Manson has received numerous honors, including the Woman in Science Award from the American Medical Women’s Association, the American Heart Association’s (AHA) Population Research Prize, the AHA’s Distinguished Scientist Award, election to the Institute of Medicine of the National Academies (National Academy of Medicine), membership in the Association of American Physicians (AAP) ,the 2013 Bernadine Healy Award for Visionary Leadership in Women’s Health, and the 2017 Women’s Health Research Award from the Massachusetts Medical Society. She served as the 2011-2012 President of the North American Menopause Society (NAMS). Dr. Manson has published more than 1100 articles and is the author or editor of several books. She was also one of the physicians featured in the National Library of Medicine’s exhibition, History of American Women Physicians. 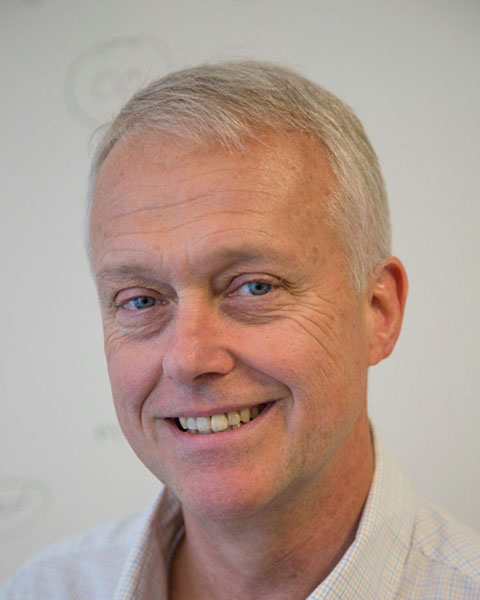 Brad received his undergraduate degree in Physiological Psychology from UMass-Amherst (1980), studying hypothalamic lesions that affect feeding behavior and metabolism. He then obtained MD/PhD degrees in Medicine and Physiology from Boston University School of Medicine (1986) where he worked on muscle metabolism with Neil Ruderman. As a Medical Intern, Resident and Endocrine Fellow at Beth Israel Hospital, he worked with Jeffrey Flier, and began manipulating the mouse genome. He genetically engineered mice that lack either brown adipose tissue or beta-adrenergic receptors, and established the key roles of this tissue and these receptors in driving sympathetic nervous system-mediated energy expenditure. Starting in the late 1990s, Brad began studying how the brain controls body fat, energy expenditure and hunger. His research group at BIDMC uses single neuron transcriptomics and neuron cell type-specific recombinase-expressing mice, in conjunction with recombinase-enabled neuroscience tools, to selectively map neuron connectivity, experimentally manipulate neuron firing rates, and assess neuron activity in vivo. Using these technologies, he and his group are discovering the responsible wiring diagrams, i.e. the “labeled lines” of information flow from neuron to neuron, that bring about homeostasis, and importantly, control the related homeostatic motivational drives – one important example being hunger. In addition to his research activities, Brad directs the Transgenic Program at BIDMC, and also two NIH P30-funded Transgenic Cores that serve the Boston Obesity Nutrition Research Center and the Boston Area Diabetes Endocrinology Research Center.