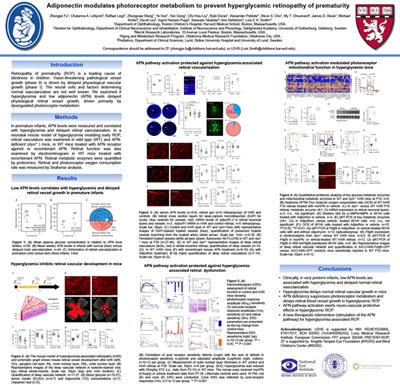 Objective: Hyperglycemia is a novel risk factor for retinopathy of prematurity (ROP) but its impact is understudied. ROP is a leading cause of blindness in children with early vessel loss followed by neovascularization. We investigated if hyperglycemia inhibited retinal neurovascular development in a newly established mouse model, and if adiponectin (APN) protected against hyperglycemic ROP.