E2 - Building a Coalition to Restrict the Sale of Menthol Tobacco in Saint Paul, MN

In November 2017, the Saint Paul City Council voted to restrict the sale of menthol tobacco products to adults-only tobacco and liquor stores. This policy, which will go into effect in November 2018, was the result of a two-year campaign called Beautiful Lie Ugly Truth, led by a diverse coalition of community advocates. Coalition members, including neighborhood and school youth groups, faith communities, community and health organizations, and local public health, identified the problem with menthol tobacco in their community. Namely, menthol makes it easier for young people to start smoking and harder to quit. Furthermore, the tobacco industry has aggressively marketed menthol tobacco to communities of color and the LGBTQ community for decades, resulting in major health disparities.
The Tobacco Products Scientific Advisory Committee determined in its 2011 report to the FDA that, “removal of menthol cigarettes from the marketplace would benefit public health in the United States.” Given the inaction at the federal level, local coalitions have urged municipalities to act to protect people from the harm of menthol tobacco. The City of Saint Paul is one of few municipalities across the country to restrict the sale of menthol tobacco.
Local public health plays an important role as a member of coalitions working to pass local tobacco prevention policies. This session will focus on the steps our coalition took to educate community members and leaders, build support for the policy, counter the opposition we faced, and successfully pass this cutting edge ordinance. 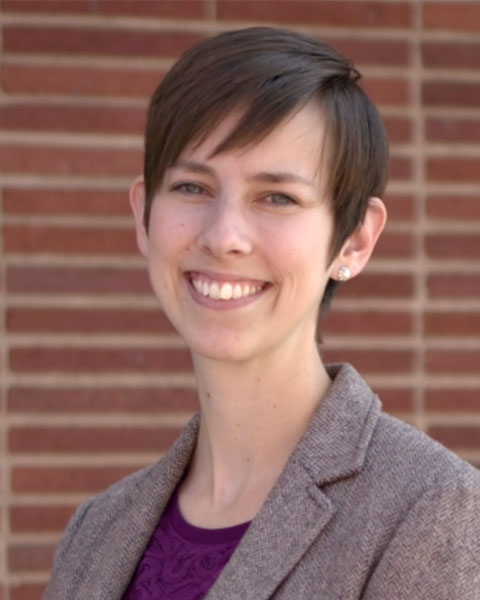 Alicia Leizinger, MPH, is a program and policy specialist at the non-profit organization Association for Nonsmokers-Minnesota (ANSR), which is dedicated to reducing the human and economic costs of tobacco use in Minnesota. In her five years at ANSR, she has worked closely with many community organizations to engage youth and adults in tobacco prevention policy efforts at the local and state level, including organizing the coalition that pushed for the passage of menthol restrictions in Saint Paul. Prior to working at ANSR, Alicia worked as a research project coordinator at the Minneapolis VA Hospital, including a study on smoking cessation. In her attempts to help people quit smoking, she committed to working upstream to prevent youth from ever becoming addicted. She is passionate about working with diverse groups of people to bring about positive change in their communities and reduce tobacco use. Alicia earned her Masters of Public Health in Community Health Promotion in 2013 from the University of Minnesota School of Public Health.

E2 - Building a Coalition to Restrict the Sale of Menthol Tobacco in Saint Paul, MN

Send Email for Building a Coalition to Restrict the Sale of Menthol Tobacco in Saint Paul, MN