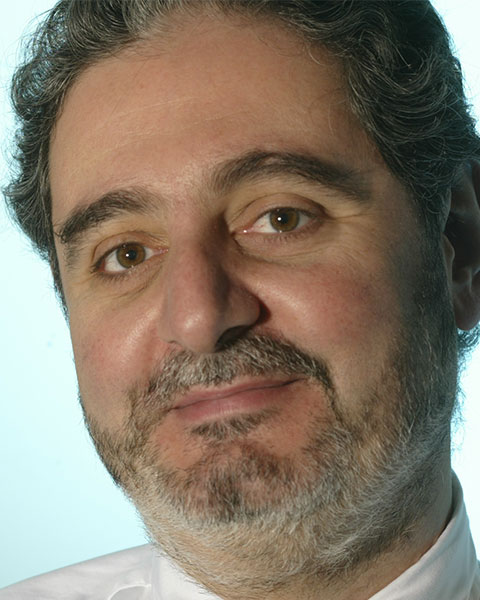 Jean-Pierre Issa, MD and his laboratory have made significant contributions to the understanding of epigenetics in the pathophysiology and treatment of cancer. Some of his lab’s discoveries include the effects of aging (1994) and inflammation (2000) on promoter DNA methylation, the CpG Island Methylator Phenotype (1999), methylation-independent gene silencing in cancer by Polycomb group proteins (2008), and a link between epigenetics and the microbiome in colon cancer (2014). Starting in 2000, his group initiated laboratory research directed clinical trials that showed that low doses of hypomethylating drugs specifically target DNA methylation and are optimal in the treatment of leukemias. This work contributed to the FDA approval of decitabine in 2006, and led to a large number of epigenetic therapy clinical trials in different malignancies. His current research focuses on mechanisms of epigenetic alterations in aging and cancer, translation of epigenomic studies for precision me dicine, development of drugs for reprogramming the epigenome, and clinical trials of epigenetic therapy in cancer. Dr. Issa’s research has been recognized by numerous awards including a Sidney Kimmell Foundation Scholar Award in 1997, election to the American Society of Clinical Investigation in 2003, an American Cancer Society Clinical Research Professorship in 2007, the Faculty Achievement Award in Basic Research from MD Anderson in 2007, the Rosenthal Award from the American Association for Cancer Research in 2011, and election to the American Association of Physicians in 2015.

Dr. Issa received his undergraduate training and his MD from the American University of Beirut followed by residency in internal medicine at Good Samaritan Hospital and fellowship in Medical Oncology at the Johns Hopkins Oncology Center in Baltimore. He was on the faculty at Johns Hopkins from 1994-1999 and at the University of Texas MD Anderson Cancer Center from 1999-2011. Dr. Issa is an American Cancer Society Clinical Research Professor of Medicine. He is Director of Fels Institute for Cancer Research and Molecular Biology at Temple University School of Medicine as well as Co-Leader of the Program in Cancer Epigenetics at Fox Chase Cancer Center, Temple Health.