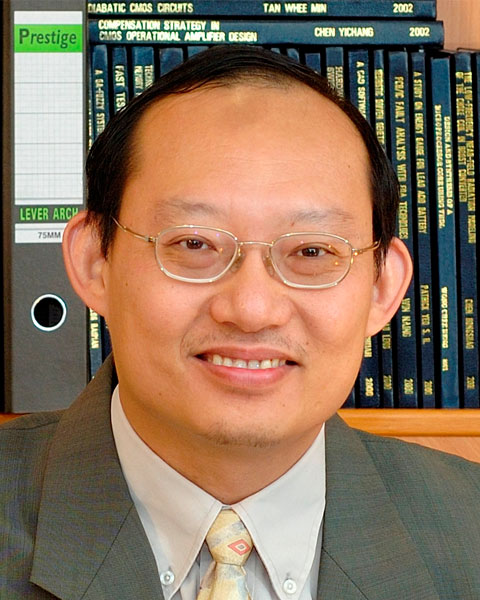 Dr. Tan received his Ph.D in Electrical Engineering from the University of Toronto in 1992. He has 10 years of working experiences in reliability in electronic industry before joining Nanyang Technological University as faculty member in 1996 till 2014. He joined Chang Gung University, Taiwan and set up a research Center on Reliability Sciences and Technologies and acts as Center Director. He is Professor in Electronic Department of Chang Gung University, Honorary Chair Professor in Ming Chi University of Technology, Taiwan. He has published 300+ International Journal and Conference papers, and giving 10+ keynote talks and 50+ invited talks in International Conferences and several tutorials in International Conferences. He holds 12 patents and 1 copyright on reliability software. He has written 4 books and 3 book chapters in the field of reliability. He is an Editor of Scientific Report, Nature Publishing Group, an Editor of IEEE TDMR and Series Editor of SpringerBrief in Reliability. He is a member of the advisory panel of Elsevier Publishing Group. He is also in the Technical committee of IEEE IRPS.
He is a past chair of IEEE Singapore Section, senior member of IEEE and ASQ, Distinguish Lecturer of IEEE Electronic Device Society on reliability, Fellow of Institute of Engineers, Singapore, and Fellow of Singapore Quality Institute. He is the Founding Chair of IEEE International Conference on Nanoelectronics, General Chair of ANQ Congress 2014. He is also the recipient of IEEE Region 10 Outstanding Volunteer Award in 2011. He is Guest Editor of International J. of Nanotechnology, Nano-research letter and Microelectronic Reliability. He is the only individual recipient of Ishikawa-Kano Quality Award in Singapore since 2014.
His research interests include reliability and failure physics modeling of material degradation, and electronic components, statistical modeling of engineering systems, and prognosis & health management of engineering system.