Demand for water has risen considerably, because of population growth and increasing water use by municipalities and agriculture. Hence, sustaining high quality water supplies is increasingly important to both municipalities and agriculture. Large amounts of water in agriculture are applied for irrigation to minimize plant stress. In nursery production, fertilizer needed for plant growth and development is applied as controlled release fertilizer and supplemented via chemigation of fertilizer as needed, some of which runs off, carrying with it nitrogen and phosphorus. Runoff is collected and recycled; however, if discharged it could have negative effects on water quality in receiving water bodies. Characterization of water quality from storm and irrigation runoff from nurseries is an essential step to understanding potential treatment strategies. Several storm and irrigation runoff samples were collected from a mid-Atlantic nursery and analyzed for pH, electrical conductivity (EC), and total suspended solid (TSS). Samples were collected downstream of 5.2 hectare production area including 1.82 ha roads and 3.38 ha container pads, all of which drain to a central receiving ditch. Results indicated that during irrigation, there was a direct relationship between runoff and TSS peaks, i.e., TSS peaks follow peak runoff, with a defined lag. TSS declined at the end of irrigation. During irrigation, EC dropped suddenly, returning back to initial values at the end of the irrigation event, reflecting the arrival of mineral salts associated with fertilizer compounds. During irrigation, pH of runoff varied from 7.8 to 8.2. The theoretical kinematic wave overland flow residence time was conducted for the system (as a collection of idealized planes) and the drainage ditch and compared with the observed patterns for TSS and EC. 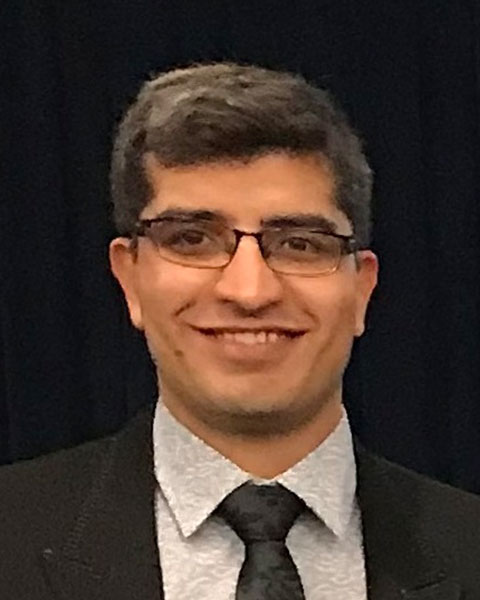 My name is Mohammad Nayeb Yazdi, Ph.D. student, studying biological system engineering at Virginia Tech.
I received my M.Sc. in Civil and Environmental Engineering with an emphasis in Water and Air pollution from the Sharif University of Technology in 2013.
My research interests are watershed management by developing watershed models such as SWMM and HSPF for various scales of watersheds, evaluating the impacts of nonstationary events such as change of land-use and climate on hydrology and water quality of watersheds, and monitoring program for
investigating of stormwater control measures (SCMs). At the present, I am working on four studies including comparing HSPF and SWMM watershed model
applications in an urban watershed, monitoring program for a nursery, monitoring program for a pond located in Virginia Beach and running the EPA Chesapeake Bay model for the Virginia Beach watershed.